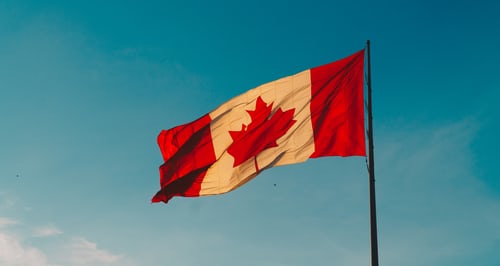 The difficulty of prosecuting individuals who return to western liberal democracies from ISIS territory is well-known; due to the burden of proof lying with the prosecution, the challenge of proving someone’s crimes committed in a conflict zone beyond a reasonable doubt appears absurdly strenuous. Yet, that is not the only legal action which can be pursued by states, as a recent case of a supposed ISIS supporter  in Canada demonstrates.

The man on the podcast Caliphate was telling the journalist why he sympathized with ISIS before travelling to Syria via Pakistan, how he became friends with his comrades and still missed some dearly; how ISIS organized courses to show new recruits how to commit terrorist attacks in their home countries. He ended up joining the Hizbah, a police unit, where he was forced to execute an old man by stabbing him in the heart. The reality of the so-called caliphate supposedly clashed with his interpretation of Islam which caused him to flee to Turkey before returning to Canada.

The man called himself Abu Huzayfah – his nom de guerre – and was charged 25.September 2020 with a “hoax-terrorist activity”. The law states that “Hoaxes can generate fear within our communities and create the illusion there is a potential threat to Canadians, while we have determined otherwise” [1]. This article will not determine whether this is truly the case or not. Instead, the effects of the aftermath of Abu Huzayfah’s public appearances will be explored, the cautionary tale it holds for researchers and journalists alike, in addition to wondering whether the hoax charge being accurate or not is relevant.

Firstly, it should be ascertained why this hoax-charged was employed to prosecute Abu Huzayfah. On a recent Lawfare podcast episode, the basis of it was explained: it provides a legal framework to try individuals when false bomb or terrorist threats are publicly used to spark fear in the population without this individual planning to execute that threat [2]. It is suspected that this is a loophole for the Canadian prosecution to bring legal action since proving the murders he claimed to have committed for the so-called Islamic State in Syria without physical evidence is nearly impossible [3]. But Abu Huzayfah’s public appearances stirred controversies well before his arrest, which could additionally support the hoax-charge.

During the intermittent release of Caliphate in 2018, Abu Huzayfah spoke to CBC news, claiming that the statements he made in 2016, when he was interviewed by the New York Times, are false. Furthermore, he declared that he should be undergoing a polygraph to prove that he “did not kill anyone”. Later, he took a polygraph with the Royal Canadian Mountain Police (RCMP), alleging that the machine “did not work” on him [4].

Yet, despite it being unclear whether any of his accounts are believable, his public outing caused policy debates focusing on how Canadian citizens who joined ISIS were or should be treated.

In a parliamentary discussion in 2018, the opposition heavily criticized the government, wondering why “this despicable animal is walking around in the country” [4]. This leads to a bigger problem, one often not addressed by politicians, when talking about people like Abu Huzayfah; Canadian citizens who have returned, are planning to or want to return to their home country despite leaving it in prior years to join the so-called Islamic State and live in ts supposed caliphate. According to a Policy Option article from 17 June 2019, this group consists of about 90 to 100 individuals, of whom 23 died, six are imprisoned by Kurds, whilst nine women and 17 children are located in a nearby camp [5]. The remaining individuals could be presumed to have returned to Canada, like Abu Huzayfah claims to have done, or to remain in the region [6]. Although those numbers might be out of date, Canada has not repatriated individuals since then.

The topic of repatriation of its citizens is controversial, just like in other countries, most notably the United Kingdom which rather stripped citizenship of ISIS supporters in Syria. In the Lawfare podcast episode, a slightly different picture was painted at first: researchers were told that Canadian citizens were contacted by their home country, discussing the possibilities of returning with them. Around the time of Abu Huzayfah’s public appearances occured in 2018, those advances ceased [2]. It would be somewhat reasonable to conclude that his narrative and the subsequent public debate sparked influenced that policy decision to a certain extent.

It was his narrative, on the other hand, that brought a unique selling point to the Caliphate podcast. Since its release in 2018, it received numerous awards and recognitions for its leading reporter. Although episode six delves into contradictory elements of his story and the lengths the New York Times Team went through to confirm or dismiss them. Eventually, they arrive at the conclusion that he probably went to Syria to join the terrorist organization but might not be honest regarding his role or actions. The efforts to attempt and verify his story are truly impressive and exemplify the difficulties that journalists, researchers and law enforcement face when verifying information from war zones.

Yet, when scrolling through interviews by the journalist or other promotional material released around the time the podcast premiered, Abu Huzayfah’s accounts are front and centre. Barely anyone discussed the faith of the Yezidi community and young girls, which were also touched upon, and what the role of the actors involved in the fight against ISIS is in relation to them. Instead, most of the public discussions revolved around the terrorist who returned to Canada, not the difficulties Yezidi girls face when attempting to return to their community or families after the horrendous years they survived – another psychological phenomenon addressed in the podcast series. Both, the challenges of returning and the basis of radicalization, are great topics to have public discourse about, yet they appear to not have been used as frequently to promote the podcast. Why the promotions were based and framed the alleged ISIS member can only be speculated about; one could argue that his accounts attracted a wider audience of listeners and potential subscribers to the New York Times.

The potential hoax case of Canada demonstrates once more that, in such a highly polarized society like the current one, facts do not necessarily matter as much as impressions. Truth be told, no one except Abu Huzayfah will probably ever know which actions he participated in when he was an active member of the Islamic State. The progression of his story highlights how a single testimony, no matter how true or false, can impact policies, politics, and even political stances of society members. Hence, it is questionable whether narratives like his, no matter how fascinating, should be actively pushed in the media landscape. Lastly, it remains to be seen whether a hoax-charge is a sustainable legal alternative to prosecute individuals who cannot be tried for other crimes due to a lack of evidence.