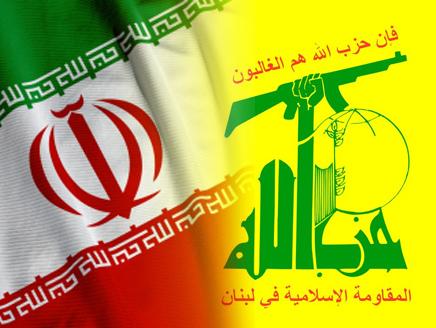 Iran is expanding its influence in the Middle East, particularly in Lebanon. By supporting the Shiite-run Hezbollah party, it hopes to gain both political and military influence. Besides, strengthening Shiite influence in Lebanon can be seen as an additional counteract against Saudi influence in the country. This Sunday Read will analyse the Iranian ambitions in more depth. To clear things up, it will further explain the special relationship between the Iranian government and Hezbollah. After that, Lebanon’s difficult regional position, resulting from ties with both the United States and Iran, is used to shine light on possible security threats in the future.

The current political situation in Lebanon

For decades, Lebanon has been a hotbed of political instability. Firstly, due to its constitutional design, the highest offices are proportionately reserved for representatives from different religious communities. In combination with a civil war, which lasted until the 1990s and tore the combination apart, Lebanon has always been sensitive for outside political influence. For instance, during the civil war the Palestine Liberation Organization (PLO), at that moment led by Yasser Arafat, tried to gain foothold in Lebanon. Lebanese President Bachir Gemayel, head of the Phalange Party, attempted to decrease the PLO-influence in Southern-Beirut, the area which became the PLO-stronghold. Gemayel received support from the Israeli government, which was in favour of a Christian-led Lebanese administration.

The tight relationship between Hezbollah and Iran

Nowadays, the most visible influence comes from Islamic states in the MENA-region. This article will mostly focus on the tight relationship between Hezbollah and Iran. Hezbollah is a Lebanese  Shiite movement and political party, founded in 1982 by the Iranian Revolutionary Guard Corps (IRGC) as a resistance movement and guerrilla force against the Israeli presence in Lebanon. The United States, Israel and United Kingdom designated Hezbollah a terrorist organisation after the military part of the movement launched several attacks on predominantly American targets in Lebanon, and Israeli and Jewish targets in Israel, Argentina and Bulgaria. The Arab League considered Hezbollah as a terrorist organisation in 2016, part of a bigger campaign to counter Iranian influence in the region.

The EU has only listed Hezbollah’s military wing as a terrorist organisation. Until this moment, Hezbollah has fought several wars against Israel, the last one in 2006. Iranian financial and military support for Hezbollah has helped them in protecting the Shiite community in Lebanon. Militarily, Iran’s support for Hezbollah is visible through weapon exports from Tehran to Beirut, Iranian military experts visiting Hezbollah and Hezbollah fighting alongside Iranian militants in Syria, where they support Syrian president Bashar Al-Assad and his forces in the fight against ISIS and Al-Qaida affiliated groups. The intertwinement of the IRGC and Hezbollah was recently expressed by Hezbollah-chairman Nasrallah, who threatened the United States not to begin a military adventure against Iran, since  ‘the fate of our region is tied to the Islamic Republic.’

The US sanctions against Iran – and also against Hezbollah-officials – have created serious problems for Hezbollah. Iran’s ability to fund its proxies in the region has been thwarted, and as a result Hezbollah’s revenue has declined enormously. Reports indicate that Iran provided up to $700 million per year, which is about seventy per cent of the total budget of Hezbollah. However, Iran increased their military shipments to Hezbollah by sending thousands of precision-guided-missiles from Tehran to Beirut. An important reason for this move is the strategic advantage if a future conflict will break out between the Islamic Republic and Israel. In that scenario, Iran has the ability to start a front both from multiple territories. Given Israel’s ongoing campaign against Iranian targets in Syria, the discussions about a possible Hezbollah retaliation are mounding.

The position of the United States in Lebanon

The relationship between the United States and the Lebanese government has the potential to counter Iranian ambitions in Lebanon. Lebanon is a ‘key country’ in president Trump’s foreign policy. Consequently, the United States has been one of the most important foreign contributors to the Lebanese army and police for the last ten years. Moreover, the United States contribute to the peacekeeping missions in Southern Lebanon. Earlier, Secretary of State Pompeo warned Lebanon not to allow Iranian meddling in Lebanon’s internal affairs to ensure Lebanon’s identity as an ‘independent and proud nation’. The coming period will be decisive for the American-Lebanese relations. Recently, Hezbollah expanded its influence in the new Lebanese government, controlling three out of 30 ministries, including the important Ministry of Health, which receives a lot of the American foreign aid via Worldbank donations.

Strategically, Iran’s support to Hezbollah makes a lot of sense; their military branch is stronger than the actual Lebanese Armed Forces and they, as mentioned before, hold influential positions in the Lebanese government and political arena. The Tehran government has through its actions administered a potential ‘land corridor’ from Tehran to the Mediterranean. Today, Iranian militias are also present in Syria, where they rescued the Assad-dynasty, and Iraq, where they support the Shiite militias of cleric Moqtada Al-Sadr. This week Al-Sadr stated that Iraq’s future is in the hands of the cooperation between Iran and the United States. A potential conflict will be ‘the end of Iraq,’ he said.

Lebanon has been a military, religious and cultural battlefield for many decades. Currently, it is mainly a financial battlefield. The Lebanese government tries to balance the country between different interests, American and Iranian in particular. Iran has tightened its grip on Lebanon by supporting Hezbollah, sending military equipment and financial support to the Shiite movement. Hezbollah itself has become the most influential political and military movement in Lebanon, leading the prestigious Health Ministry. The United States tries to counter the influence of Hezbollah by sanctioning the leaders of the group, as well as the Iranian funding of the group. In the coming period, it will become clear whether Hezbollah – and so Iran – will maintain its grip on the government, and in which way American sanctioning will affect the Iranian ambitions in Lebanon.