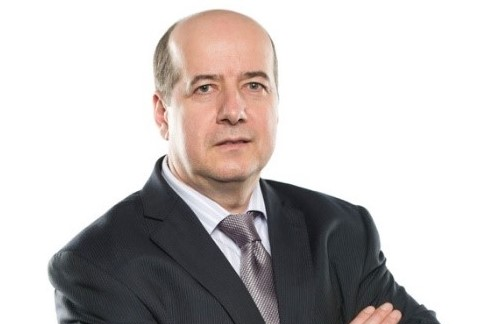 With the end of the Cold War in the early nineties one could see the profound transformation of NATO. NATO has been consistent and strong in keeping its collective defence relevant while at the same time transforming. The security threats the world is confronted with nowadays are more complex than ever. Issues such as the fight against terrorism, energy security and cyber defence have pushed the related security policies and action plans to the top of the national and international agenda. How is NATO dealing with these challenges and can NATO keep adapting its strategies to new emerging security threats? On March 15, election day in the Netherlands, JASON Institute had the special opportunity to discuss these important topics and NATO’s transformation into “NATO 3.0” with NATO’s Assistant Secretary General for Emerging Security Challenges: Ambassador Sorin Ducaru.

First, NATO is investing in scientific cooperation. The SPS Programme is an established brand for NATO based on the three pillars of: science, partnership and security. The SPS Programme has evolved from NATO’s original Science Programme and has been contributing to the core goals of the Alliance for many decades. Today, it continues to be one of the most important and impactful vehicles for partnership engagement. The SPS Programme brings together scientists, experts and policy-makers from NATO and Partner countries to address a wide range of emerging security challenges through practical cooperation.

The Assistant Secreatary General emphasized the importance of sharing information between partner countries and engaging the public. Without the expertise of scientists and cutting-edge technologies, NATO cannot be efficient in delivering on our mandate. For an organization whose core business is collective defence, crisis management and cooperative security, scientific cooperation is a means to foster links between the Alliance and its partners. It is for this reason that NATO is blending science and partnerships with a view to achieving greater security and stability.

Adaptability and Flexibility of the Alliance

NATO today faces different challenges from when NATO was established. When NATO was founded – Ambassador Ducaru called it “NATO 1.0″ in the context of the Cold War – the Alliance was about ensuring stability through deterrence with investment in military hardware to assure this stability. With the end of the Cold War in the early nineties one could see the profound transformation of NATO, mainly through the opening towards partnerships and the need for crisis management.

This “NATO 2.0″ was reflected in the Strategic Concept adopted at the 2010 NATO Summit in Lisbon. Subsequently, new challenges emerged on the horizon. The impact of technology for example gave a new dimension to the threat landscape. However, especially after Russia’s illegal annexation of Crimea in 2014, and its destabilizing actions in Eastern Ukraine, we have also seen the revival of some of the old challenges.

In “NATO 3.0″ we can see a kind of hybrid blend between emerging and reemerging challenges. These are at the core of NATO’s efforts to maintain peace and security. The Emerging Security Challenges Division headed by the Assistant Secretary General was established to address this new landscape. Moreover, while transforming, NATO has been remarkably consistent in keeping itself relevant by demonstrating adaptability and flexibility.

The Alliance has recognized the further need to invest in security. However, “we’ve learned that we continuously have to do it in a smart and efficient way”. The requirements now are much higher in terms of the threats on the horizon.

According to Ambassador Ducaru, cyber defense should not be seen as something static and there is no one-fits-all solution. “We are facing a dynamic and fast growing threat landscape, and we need to respond in the same way”.

Ducaru observed that while attackers are often at an advantage, with the right focus and cooperative framework, such as the one that NATO offers, defenses can be strong and effective. In the end, none of us alone can be as well informed, well prepared and well defended as compared to everyone together.

In this way NATO is “able to put together strong information exchange mechanisms from malware information sharing platforms to analysis at the strategic level.” The importance of engaging with industry and academia is very much a priority for NATO as demonstrated by the launch of the NATO Industry Cyber Partnership in 2014. Virtual space is man-made and industry is at the forefront of technical innovation.

This partnership enhances situational awareness and helps the Alliance and its industry partners to be better prepared and more resilient to growing threats. These are just a few examples of the initiatives and approaches NATO has taken in cyber defense.

The 2014 annexation of Crimea and start of the conflict in eastern Ukraine was a turning point. NATO maintains a two-track approach to engagement with Russia – strong deterrence and defence coupled with meaningful dialogue. Russia was one of the biggest beneficiaries of the SPS Programme until the events of 2014, after which NATO concluded that until Russia complies with international law, “business as usual” could not continue and practical cooperation was suspended.

Dialogue, however, has been maintained. NATO has quickly reoriented its practical cooperation and used the SPS Programme to support Ukraine and defence capacity building in other Eastern Partners, such as Georgia and the Republic of Moldova, or countries from NATO’s southern neighbourhood, such as Jordan. Ambassador Ducaru emphasized that once again, “this shows the agility and flexibility of the SPS Programme to reorient its activities and deliver concrete results for our partnership with Ukraine”. As a result, Ukraine has become in the last years the main beneficiary of the SPS Programme and Ukraine’s contribution in turn to the SPS Programme is extremely valuable.

In the last year since the Warsaw Summit, the focus of the SPS Programme was to align it with the priority of Projecting Stability in the Alliance’s neighbourhood, especially through training and building capacity for partners in the fight against terrorism. When the Emerging Security Challenges Division was established, the world was focused on terrorist groups like Al-Qaida who used more conventional methods of recruiting. ISIS on the other hand, has a novel approach in the sense that terrorist groups aim to achieve some of the defining elements of a state. Additionally, it is using the virtual space as a means of recruitment or command and control of operations.

Therefore, an important focus of NATO is projecting stability by supporting countries such as Iraq and Jordan and many others to build capacity at home. Concrete examples include the Counter-Improvised Explosive Devices Programs and the delivery of special equipment kits. NATO also supports counter-CBRN training and equipment.

The outcome of the U.S election and potential ramifications

Towards the end of the interview we discussed the outcome of the U.S election and some of the potential ramifications for the fight against global terrorism as well as the future of NATO. On this point, Ambassador Ducaru highlighted that the transatlantic bond has been at the heart of NATO from its very inception and it will continue to be. He noted the support expressed by the U.S. Secretary of Defence at the recent meeting of Defence Ministers in February, in addition to the visit of Vice President Pence. The Secretary General also has engaged directly with President Trump. In emphasizing US support for NATO, Secretary of Defence Mattis also highlighted the need to balance burden sharing.

This is not a new issue. In fact, it was at the Wales summit in 2014 when the 2 percent defence spending target was first established. For Ambassador Ducaru, what is clear is that “there is an even stronger focus to speed up this increase in defence spending”. He further mentioned that NATO as an organization “is continuing to adapt and become more agile to the security landscape, in particular in the fight against terrorism”.

Finally, since it was election-day in the Netherlands, Ambassador Ducaru concluded by wishing us a good democratic outcome of the Dutch election. He noted that “elections are at the heart of democratic society.” He also observed that security is something which is valuable and cannot be taken for granted. “It is priceless because it is the foundation of everything else, prosperity and social economic development and at the end of the day is at the heart of our quality of life and human values that define us.