India Dropped the Ball on Ukraine 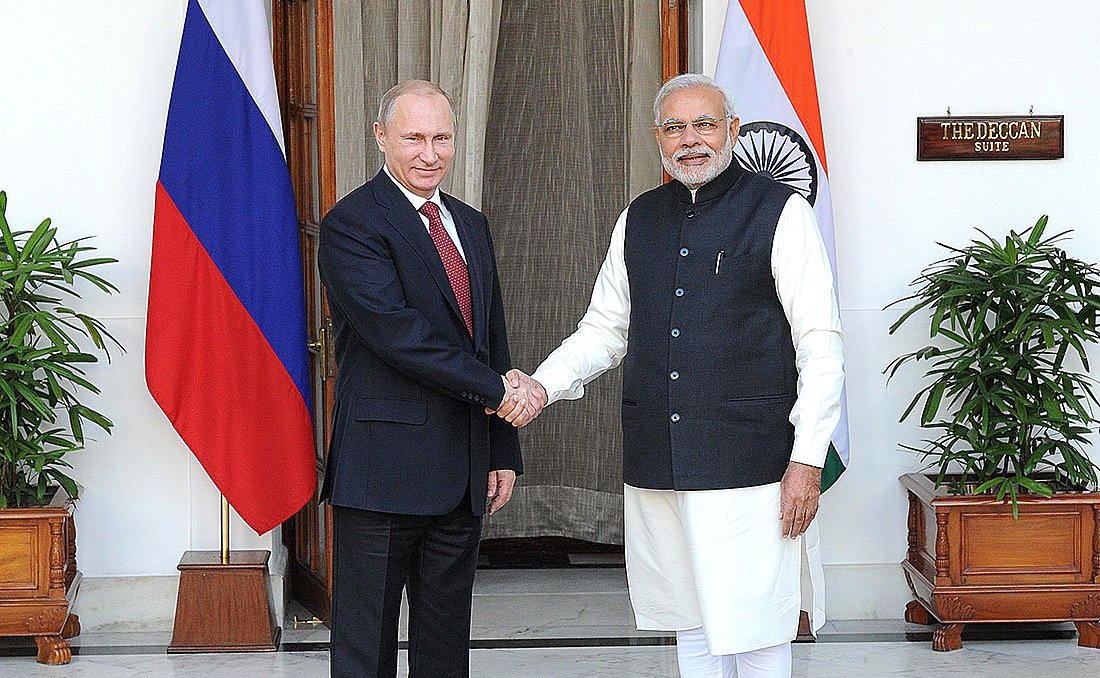 Devised by India’s first Prime Minister, Jawaharlal Nehru, India’s Nehruvian foreign policy has been one that lies ideologically on the liberal internationalist side of international relations. Demarked by an increased engagement in international institutions, tied with a policy of Cold War neutrality in tandem with working towards an idea of a domestic and international secular society. The current Indian ruling party establishment tends to berate the idea of Nehruvianism in their naivete, whilst being simultaneously oblivious to the fact that the ruling party still operates within the Nehruvian paradigm. From non-Alignment to secularism, and everything in between, the Indian Government still wears the veil of Nehruvianism on the international stage whilst being domestically critical of the Nehruvian ideology. While the Indian right wing, and by extension, the supporters of the incumbent party love to critique proponents of secularism for being too “libru” (derogatory for liberal), sitting Minister of External Affairs S. Jaishankar repeatedly reminds the world that India is a society of tolerance and secularism despite its cultural and religious diversity.

When Russian troops marched into Ukraine with their tanks, guns, fighter jets, and warships to engage in ‘peacekeeping’, the Ministry of External Affairs’ rhetorical hypocrisy in their supposed revile of Nehruvian was rather evident. While countries were implementing decisive sanctions operations, unified condemnations and strong rhetorical posturing, India’s entire foreign policy apparatus was caught off guard.

Whatever perspective you choose to look at this kerfuffle, Russia is in clear violation of international law and humanitarian norms. Yet, India chooses to undertake the path of appeasement, which cost the allied nations lasting peace pre-WW2. India has meandered in its reaction, by failing to condemn Russia’s actions, or even avoiding referring to the flagrant violation of international law in the statements released by various mouthpieces of the Union Government. India’s neutrality in this time of moral crisis is a stain on India’s reputation, and the supposedly democratic ideals that the country stands for.

Despite rejecting Nehruvianism, the Union Government has decided to take an informed decision to not hold Russia accountable for its actions. In its statements, the Union Government acknowledged that an attack had taken place on Ukraine but failed to exhibit any semblance of acknowledgement that Russian troops were undertaking the attack (see: Indian Ambassador to Ukraine’s Press Release). The Nehruvian principle of non-Alignment was intended to create a foreign policy doctrine in the Cold War era where a nation would be enabled to take independent foreign policy decisions without having to pledge allegiance to any of the warring superpowers. However, this doctrine comes with a caveat from Nehru himself:

“We are not blind to reality, nor do we acquiesce in any challenge to man’s freedom from whatever quarters it may come. Where freedom is menaced or justice threatened or where aggression takes place, we cannot and shall not be neutral.”

Clearly, the Union Government has failed to understand the non-Alignment doctrine, completely overlooking the caveats of the principle.

The lack of intellectual depth concerning India’s non-Alignment doctrine was rather evident at the United Nations Security Council (UNSC) meeting where India abstained from voting on a resolution that would condemn Russian aggression. The rationale provided by the Indian Ambassador to the UNSC was as follows:

“It is a matter of regret that the path of diplomacy was given up. We must return to it. For all these reasons, India has chosen to abstain on this resolution.”

Condemning Russia for its flagrant violation of international law does not imply an abandonment of diplomacy. Rather, condemnation is a form of diplomatic, non-violent protest against a violator of ethical norms. India must understand that its lack of decisive repercussions against Russia indicates that Russia can violate international law whilst India, a major power, will idly stand by. India’s neutrality can be explained by the strong historical trade ties during the times of the Soviet Union. However, this trade has tapered off, with Russia not even making it to the list of India’s top 20 trading partners. Additionally, with China’s transgressions into the Indian border, which was condemned by the United States and not Russia, it is clear that Russia’s priorities lie elsewhere. If a hypothetical war were to break out with China, it would be the US supporting India and not Russia. Hence, India’s entire foreign policy doctrine needs to be re-evaluated.

India’s neutrality in this crisis can be understood by a strong historic bonhomie and camaraderie that has led to more than 60% of India’s defence hardware being Russian made. With a large historic military dependence on Russia, in tandem with a fossil fuel and natural gas dependent economy, India maintains this position of neutrality to not alienate a key military and energy ally. However, had the Indian Defence Ministry gone through with the original 2010s Rafale Deal with France without a hitch, perhaps the deal would have been indicative of a symbolic paradigm shift in India’s defence dependency from Russia to the West. The deal outlined a procurement of 126 French made Rafale jets for the Indian government. However, given that the deal has been mired with allegations of corruption and cronyism, most directed towards the Indian government, the deal has since stalled thereby leading to the Indian government procuring only 36 Rafales in flying condition. Russia’s increasing rapprochement with Pakistan built around a shared mutual interest in Afghanistan will remain a flashpoint of a conflict of interest with India’s regional ambitions in South Asia.

Not only will this path of appeasement lead India down a path of a tarnished moral reputation, but also a long-term repudiation of India from the international community. When Pakistan and China – India’s geopolitical foes – have been more historically inclined to favour Russia, it is evident that India’s foreign policy is in dire need of a revision. Does India really want to go down in history as the country that said nothing while Russia disturbed peace through irrational belligerence? Or does it want to go down in history as the major power that undertook the tough, virtuous, and ethical decision of standing against a violator of human rights despite strong historical trade ties?

Unfortunately, these questions will stand the test of time.

While thousands of Indian students flee the perils of irrational belligerence, India chooses to stand by and observe as Russia levels hospitals, schools and houses. Even despite one Indian student succumbing to his wounds caused by the Russian shelling of Kharkiv, the Indian Government stood by its strategy of plausible deniability veiled by the garb of “strategic autonomy” in order to maintain a supposedly key trade relationship. How many more Indian students need to be caught in the line of Russian fire for India to simply acknowledge Russia’s belligerence?