INCLUSIVITY IN EXCLUSIVITY: THE EUROPEAN UNION AND ITS IDENTITY CRISES 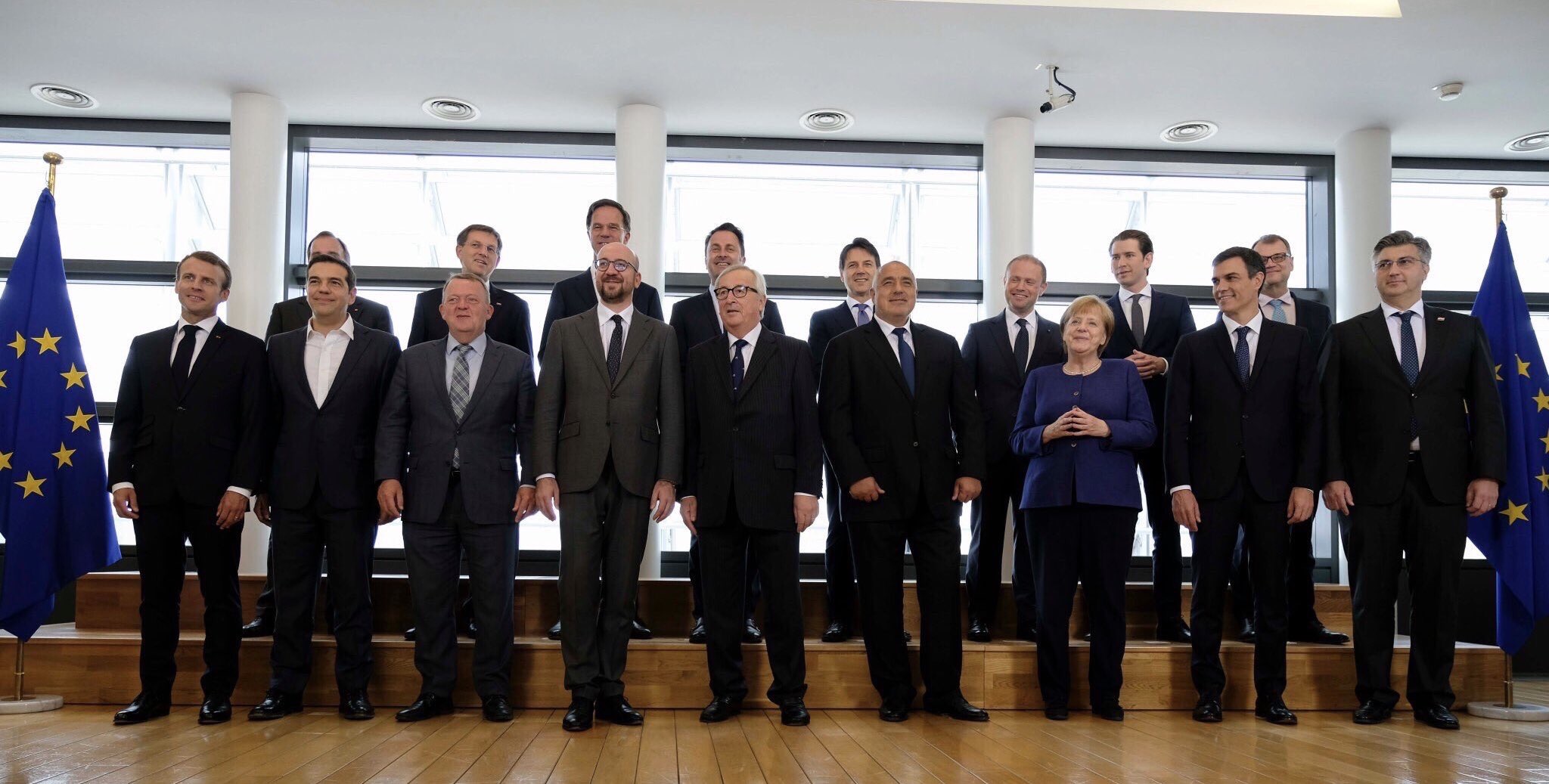 The European Union, as a socio-political project, initially had mainly to do with the economic interdependence of Germany and France—two of the world’s most notorious historic rivals. By, after the Second World War, making them economically interdependent of one another, the expectation was that they would both refrain from forging war with one another ever again. This logic was first worked out in the European Coal and Steel Community (ECSC), and then further elaborated in the European Economic Community (EEC)[1]. Ever since 1950, the ‘European Project’ has grown more and more into the relatively large tight-knit interdependent network of semi-sovereign nation-states as we know it today, working together on numerous policy-terrains in an attempt to jointly solve transnational issues and benefit from each other through a single common market. Generally speaking, the EU is also perceived to be a strong, advanced and rooted power on the global political stage. In the past few years, however, the high-standing moralistic image of the European Union has been challenged; receiving criticism for its ‘democratic deficit’, self-centred posture and in general its inadequate representation of the very subjects that comprise the European Union—its inhabitants. This brief article will look into a number of issues that are taken to be of significant attribution to these problematics.

Firstly, I invite the readership to take a look at the enclosed photograph. This photograph was taken on the 24th of June, 2018, at the so-called ‘EU-migration top’ conference—an informal conference that brought most of the the heads of government/heads of state of the EU together to further discuss what to do with the “refugee crisis” on the European continent. What hopefully immediately catches the readership’s attention is the grotesque lack of female representation at this meeting. It is astounding to think that in a group of 17 heads-of-state (arguably the most important representations of their respective countries), only one woman was good enough to make the cut. It is astounding to think that there is any way of fairly and equally representing the over 508 million inhabitants of the European Union when, in advance, we already rob about 254 million people– which is roughly the portion that identifies as female– of of their agency and chance of sitting at the table that these high-level and sensitive decisions are made at. It is once again astounding to think that this exclusivist and institutionalized sexist culture is in any way constructively contributing to a more engaging, representational and democratic European Union. Migration policy is a very sensitive terrain for it touches upon the very construction of the identity of the EU and its future. Again, there is no way in which questions of identity and posture could be dealt with representationally if only one out of the 17 interlocutors is a woman. What’s more is that it would be incongruous with reality to think that this meeting is merely an anomaly of an otherwise fair and inclusive (gender-wise) political representation of a people. When, for example, one takes the Dutch national government (a country widely known for its progressiveness), 13 party-leaders were elected to form the parliament and overall government of the country during the national elections in 2017—of which only one was a woman. The composition of the aforementioned meeting is merely a symptom of a much larger issue—and issue that will never be dealt with unless more people repeatedly point it out, first.

Secondly, the image of a European Union that seeks to further human rights adherence and interpersonal solidarity with communities abroad has been seriously damaged due to its xenophobic, Islamophobic and perhaps even outright racist dealings with the “refugee crisis” on the European continent from 2014 onwards. The refugee deal with Turkey is the key example of this. On the one hand actively constructing an EU-wide narrative of Erdoğan being a vicious human-rights-violating dictator whilst at the same time negotiating, signing and ratifying sensitive migration deals with him that lead to the (re-)locating of many people to Turkey and through that subjecting them to these very basic human rights violations is not only de-humanizing but also outright incongruous with the very spirit of the European Project.  Data about the exact number of refugees that left their homes and sought a safer one in the EU are not only highly disputed, politicized and oftentimes untrustworthy; but they are irrelevant: the EU comprises some of the richest and safest nation-states of the world and we know that we could and should have done much more and much better. Caving in to right-wing conservatists and xenophobes has not made the European Union a safer or a more unified place. It has perhaps only made it more exclusionary and alienating to portions of its own population—again in no way contributing to a more unified and democratic EU. And to the xenophobes reading this; immigrants can’t both be “stealing our jobs” and ‘living on “our” welfare’ at the same time. Think about that one.

Thirdly, the fact that 22 out of the 28 (/27) member-states of the European Union have—in one way or another—direct or indirect access to illegitimate, indiscriminate and soon-to-be illegal weapons of mass destruction in the form of nuclear weapons is in no way in line with the will or interests of its own constituencies (especially in the case of the NATO-‘host nations’ that keep US nuclear weapons on their soil on bilateral agreements and under state-secret embargo: the populations are not supposed to know). Nuclear weapons pose a threat to international- and

human rights law as well as basic ‘just-war’ political theory. Nuclear deterrence is not only a dangerous, but moreover a deeply flawed argument— for more dissection and information please check this [2] or this [3] link.

In conclusion, the realization of a world outside of the heteronormative white cis-male middle-aged narrative is the only way in which we, as the people of the European Union, can move toward anything that has to do with equity and fair representation rather than the exclusivist elitism that further propels the EU into pools of EU-skepticism. We have to realize and acknowledge that “other” people and “other” narratives exist outside of our own perceptions and biases before we can start truly incorporating them and working together towards a better, more fair future for everyone, in the true European spirit. Important here is to stress the fact that if we ever want to reach a fairer future, we have to start including more women, young people, queer people and people of colour within our (supra)national narratives and structures of power and beyond. We have to diversify our pool of knowledge, gain from the various new insights that these underrepresented communities have to offer and start building new imagined communities around that sentiment towards a better future for the European Project. EU-politics does not consist of a mere collection of passive bodies following pre-set discourses, but rather, as Smith put it, ‘[w]e sing our worlds into existence, yet rarely reflect on who wrote the words and the music, and virtually never listening out for, nor recognizing, voices or worlds other than our own until they occasionally force us into silence’[4]. In other words, we, the people of the European Union, have to challenge our governments in the sense that we have to make them realize that fairer representation would benefit all. We can all change the course of the future, and perhaps we should.