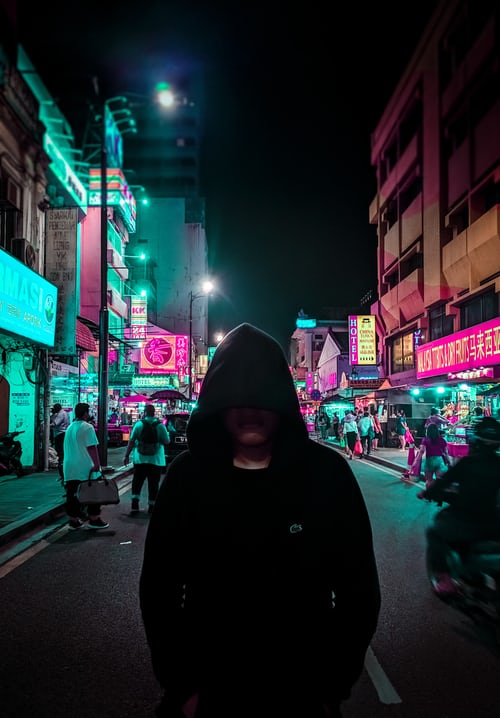 On 19 February 2020, Ferhat Unvar, 23-years-old, met some of his friends in the Arena Bar, a 24/7 Kiosk in Kesselstadt, Germany. It was late at night, somewhere around 10 pm, when an armed man arrived at the establishment and opened fire. He has done the same minutes before at another Shisha bar. His next station will be his home, where he will supposedly kill his mother before ending his own life.

A total of eleven people died that day because of the shooter. You will not find his name in this article. Nor will it be an analysis of how he proceeded, the parallels to other attacks perpetrated by right-wing extremists, or the aftermath. This article will focus on what happened the years before, something that Ferhat’s mother described in an open letter to Chancellor Angela Merkel; that the shooter openly expressed his ambition to commit such an act publicly, in addition to describing his racist worldview in great detail to German authorities [1].

This behavior is not only described by outsiders, but by the perpetrator himself in his so-called manifesto. The document provides insights into the various facets of his beliefs which ultimately concluded in him committing an attack. One of those beliefs, misogyny, links him directly to the incel scene [2]; an internet subculture consistent with people who are continuously rejected by love interests causing them to remain involuntary celibates. This article will examine the connection to that scene, radicalization, as well as realistic approaches of how that process could be prevented.

Firstly, it is important to clarify a few elements of inceldom – the community is a bit more complex than just identifying every involuntary celibate as an incel. As with many other areas of extreme beliefs or ideologies, such as forms of terrorism or conspiracy theories, it can be argued that inceldom is a spectrum. As a source of mine within the incel scene correctly points out that, being an incel does not have an overarching definition; he defines it as “a person who desires to be in a romantic or sexual relationship, but is unable to” [3]. Although definitely not incorrect, that definition only covers the bare minimum.

It is dangerous to generalize members of an entire community, yet it is essential to provide a brief overview of what those other elements entail. In general, male incels believe that women will not sleep with them because they are only attracted to the Chads of this world. A Chad is a fictional character representing the perfect male stereotype, around 20% of all men according to incel ideology. Staceys, another fictional character symbolizing all women, are only drawn to Chads’ superficial attractiveness. This in turn leads to two main conclusions in Inceldom: Firstly, 80% of men are non-Chads and are not able to pursue physical or romantic relationships because of that. Secondly, women are only pulled towards extremely attractive men and do not have the intellect to focus on characteristics or other sentimentals not attached to physical attractiveness. Consequently, females should not have the same agency as men in modern-day society.

Let me repeat again that this is a very broad view of the elements of Inceldom, not representing the opinion of an individual but rather an agglomeration of many. However, there are varying opinions of how much of the above described is true and to which extent.

When you scroll through forums, chatrooms, or live streams run by incels, you will quickly notice that some of their opinions could not differ more. Besides the fact that you have female incels (femcels) managing their own forums, even exchanges between male incels amongst forums highlight the contrasting sides of this internet subculture: some posts are black-white pictures of couples, depicting the user’s wishes to belong to someone, whilst others openly encourage each other to commit attacks, harming Chads, women, or even themselves. Additionally, some male incels do not seem to accept that women can face similar problems. My incel source explains “Most people would agree women have far less trouble finding mates than men do in today’s society. Thus, one would expect their experiences to differ.”

How does this connect to the attack committed by the shooter? According to Colin Clarke, a Senior Fellow Researcher at Soufan Center,  the misogynistic element of incel ideology provides the connective tissue to White Supremacy and other right-wing extremist trends [4]. In fact, women-focused content in those online spheres blend misogyny with the idolizing traditional female stereotyping [5]. However, he also highlights that misogyny is not the only major element. A recent short-documentary by the German Y-Kollektiv, an online platform that regularly publishes short-documentaries and is publicly sponsored, claims that a significant part of the German incel scene consists of men with immigration backgrounds [6] – an apparent paradox. Colin argues that social isolation is a major component pulling individuals to the incel scene. Furthermore, various ideologies can impact an individual simultaneously [4].

The short-documentary also showcases the admiration some incels have for Elliot Rodger, a 22-year-old who killed six and wounded thirteen people in Isla Vista in 2014; in some spaces, he is perceived as an idol for everyone whilst members encourage each other to do the same [6]. My source appears to be behaving contrarily, claiming that most people view people like Rodger negatively and rightfully highlight that one person committing an attack does not represent an entire community [3]. Despite the two of us disagreeing on many points, that is absolutely true. Hence, it is essential to mention that most forums I have personally seen had negative world views and were somewhat aggressive, but not necessarily threatening violence. After all, someone agreed to answer my questions, despite knowing that I am female and would be critical, but as fair as possible about the incel community. For this, I give him a lot of credit.

Yet, the ideology “inceldom” is very open to suggestion and interpretation, connecting to other, more violent corners, specifically right-wing ones, on the internet. Jacob Ware, a Research Associate at the Council of Foreign Relations, explains that the main motivator for many incels is the conviction that they are not at fault for their circumstances. “They believe that there is something biologically wrong with women.” They blame feminism and modern society for their unfulfilled desires. That partly explains why incels usually do not accept femcels [7], who have not been in the media spotlight since they have not been perceived threats thus far. Male incels, on the other hand, are.

“We know who the next attacker is going to be: He will most likely be male, of a certain age, and use an everyday object like a car or a knife to perpetrate the act”, Ware continues, underscoring why he thinks that incels should be included in Counter-Terrorism efforts. According to him, they do fulfill many of the above mentioned criteria, describing the effects radicalizing materials can have on vulnerable or lonely people who are a product of our society. His idea of preventing radicalization by employing some sort of filter so the vulnerable groups would not be exposed to said content, would be a cooperation between public and private sectors. Thus, the scope of Counter-Terrorism approaches ought to be extended to include incel communities [7].

Colin argues similarly, believing that monitoring forums are of great importance despite the country-depending legal framework. “I absolutely think it is critical to monitor this ideology, especially as it intersects and overlaps with other forms of violent extremism, acting as an accelerant to push individuals to move from behind the keyboard and toward action” [4].

A Counter-Terrorism practitioner advocates for a different approach. He identified various perpetrators who showed signs of being dangerous well before committing attacks. Most notably, the case of the German Wings Pilot Andreas Lubitz exemplifies how poor communication can backfire. The pilot was diagnosed with severe mental disorders by two different psychiatrists – yet his employer was not informed and continued to let Lubitz fly [8]. Some researchers, as well as practitioners, suggest that many incels suffer from mental health issues. Allowing healthcare professionals to report potentially dangerous patients is an option of policy adjustment; however, it strictly goes against the Hippocratic Oath of the profession – or the moral compass of similarly positioned people, such as priests.

In conclusion, how to address the seemingly growing threat from the incel scene is highly complex, specifically because, from what we know, only a small number of incels become a terrorist threat. Yet, a dive into the scene allows us to exemplify the rise of self-regulating internet subcultures which provide gateways to more violent and radicalized scenes; particularly White Supremacy and right extremist circles.