Human Trafficking and Labour Exploitation in the Netherlands and Abroad 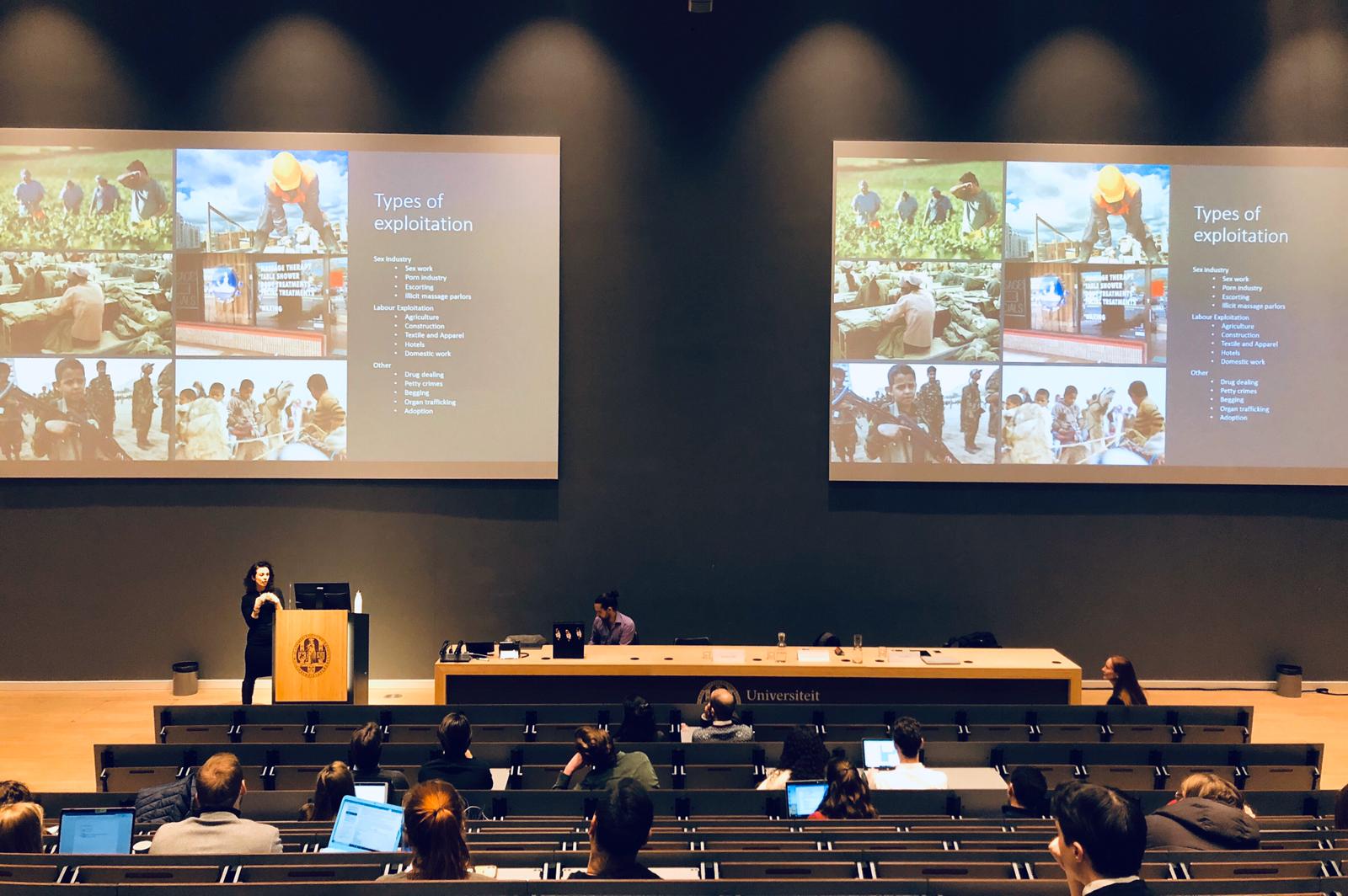 On the 27th of February, the second event of the year was organised by the Jason Institute for Peace and Security Studies. With Human Trafficking & Labour Exploitation as its subject, the scope of the event was broad, with speakers addressing current crises worldwide, but also relevant problems facing the Netherlands on such issues.  To shed some light on this topic, the Jason Institute had the pleasure of inviting three guest speakers, with each their own unique perspective, based on decades of collective experience.

The first guest speaker of the night was Clara Cotroneo – a Resident Fellow at the Global Governance Institute’s Global Justice Unit, a Course Expert at the European Institute for Public Administration in Maastricht, and a PhD researcher at the Institute of Security and Global Affairs of Leiden University. In opening the event, she provided excellent insight into the Human Trafficking problems endemic in Europe. She not only gave information about the standard facts one should know but also opened up the discussion about the situation in the Netherlands itself, by showing shocking statistics about the involvement of the Dutch within Human Trafficking and Labour Exploitation. Where one often mistakenly thinks of the border regions of the European Union and the more fragile partner countries in the East, Ms. Cotroneo brought the topic closer to home.

The second guest speaker was Dr. Eefje de Volder, who is a cofounder and team member at IMPACT, the Centre against Human Trafficking and Sexual Violence in Conflict. The performance and delivery of her contribution was personal and impassioned, shaped by her first-hand encounters and conversations with victims of human trafficking and labour exploitation in the Netherlands. She provided harrowing accounts of girls forced to work in brothels, too scared to tell on their employees, and of forced labourers living in terrible circumstances with no easy means to escape their predicaments. Yet, in such tragedy, Dr. de Volder was able to provide some optimism, and provided a number of examples where trafficking networks have been infiltrated, resulting in the rescue of exploited girls out of their horrific situation. Dr. de Volder ended her segment with a call to arms, outlining some of the many ways one can participate in order to prevent other individuals from ending up in the same circumstances.

Our third and final guest speaker of the evening was Dr. Jill E. B. Coster van Voorhout, who is an Assistant Professor of International Criminal Law at the University of Amsterdam and Acil, a Special Advisor to the International Criminal Justice Consortium’s expert team, and a member of several Advisory Boards of European Commission-funded projects on Human Trafficking and Smuggling. Dr. Coster van Voorhoot put the mind-blowing scale of the problem into perspective through statistical analysis. Perhaps one of the most striking moments of her presentation was when she compared the revenue collectively of human trafficking worldwide, which was found to be more than the revenue of a number of well-known multinational companies – Disney included. She provided insight on how money flows within trafficking networks, by using relatable examples to the students who made up the base of the audience. Finally, Dr. Coster van Voorhout took a deep dive into some of her most recent research, namely her work on tracking down and identifying trafficking networks through financial data. She closed the meeting with an optimistic note on the potential role of artificial intelligence in improving such mechanisms to catch criminals involved in such networks.

Following the three presentations, guests were able to ask questions to the speakers. Interesting questions such as the width of the definition of forced labour were addressed. The evening ended with a note from the speakers who highlighted the difference individuals can make in the fight against human trafficking and labour exploitation, not only by partaking in activities coordinated by organisations, but also by staying alert and aware of the world around you.