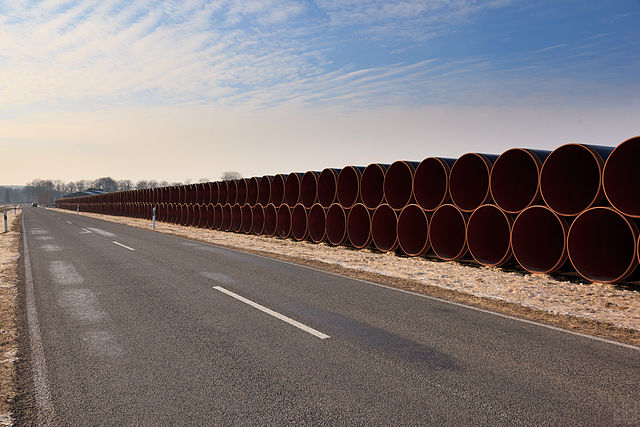 Nearly three months into the war in Ukraine, the political background of the conflict has become more unclouded. With new information flowing in every day, and old decisions now embedded in a broader temporal context, we can attempt to draw initial conclusions about the most significant political mistakes Western politicians made before the full-scale Russian invasion.

Many leaders had warned years earlier that the day of Russian aggression might come. Many others disbelieved and disregarded such claims, but this is not the time for the former to triumph, nor should the latter self-castigate. Instead, everyone should analyse past actions and draw constructive conclusions so that the next war in Europe does not occur. Hence, it is critical to uncover Western politicians’ past actions and decisions that have emboldened Russia and, to some extent, contributed to the breakout of war in Ukraine. Although the number of mistakes made is substantial, economic cooperation between Western Europe and Russia – engendered most prominently by the project of Nord Stream 2 – is particularly interesting in terms of the project’s effects on the ongoing war.

The permission to kick off Nord Stream 2 strengthened a perception that had been originating for over a dozen years among the Russian political elites. The perception resulted from multiple actions, which led to the conviction that the Kremlin could get away with a potential invasion.

To fully comprehend the controversies around this project, we have to go back to 2014 and the annexation of Ukrainian territories. Shortly before the annexation, pro-Russian Ukrainian President Viktor Yanukovych was removed from office after he had refused to realise the will of the people who favoured a pro-Western course.

In response to the removal of the Moscow-backed President, Russia decided to reprimand Ukraine for such an open announcement of its Western ambitions. As a result, Russian forces entered the Crimean Peninsula, while Russia-backed separatists took control over eastern territories and established the so-called People’s Republics of Donetsk and Luhansk. It was a warning from Moscow that Kyiv should abandon its liberal Western aspirations. Although the West imposed sanctions on Russia in response and condemned its actions, the Russia-backed separatists and “little green men” did not withdraw from the Ukrainian territories.

Moreover, such a gross violation of the international law, which is so dear to Western values, did not prevent some EU member states from returning to business-as-usual relations with Russia or even enhancing their economic cooperation within the energy sector. This cooperation gained a new dimension in 2015 when Western European energy companies signed an agreement with Gazprom to build the Nord Stream 2 gas pipeline.

Nord Stream 2 is an offshore natural gas pipeline designed to run at the bottom of the Baltic Sea from Russia to Germany. It should be noted that the pipeline circumvents territories and territorial waters of Central and Eastern European states, which raised their concerns about the project from its very beginning. However, following the 2015 agreement, in 2018, the German government granted permission to construct and exploit the pipeline, further enhancing the cooperation between Russia and Western Europe. These events occurred five years after Russia invaded Ukraine and violated international law. Additionally, these decisions were taken when the Russian troops and separatists were still stationed in the occupied regions of Ukraine.

Many politicians have argued that Russia interpreted these decisions as a sign that the West had decided to turn a blind eye to the war in Eastern Ukraine. Putin believed that Western Europe would tolerate his aggressive and revisionist policy towards Ukraine, no matter what he did. He felt unpunished, which, in turn, only strengthened his confidence and encouraged him to continue with this course because Western Europe showed it would be still eager to cooperate on major strategic projects with Russia. In other words, the Russians were not punished for their aggression and were granted a new pipeline – Nord Stream 2. In hindsight, we can see that rewarding the bully for its vices turned out to be a terrible educational method.

Furthermore, the decision to continue economic cooperation with Russia undermined solidarity within the EU and NATO. Central and Eastern European states, along with the United States and the United Kingdom, warned their Western European partners that Nord Stream 2 was not simply an economical but primarily a political and strategic project that would strengthen Russian position in Europe.

The Baltic States and Poland, countries that experienced energy blackmail from Moscow in the past, argued that the project would increase the dependency of Western Europe on Russian gas supplies. In effect, it would facilitate the Kremlin to use its energy resources politically and influence governments in Western European capitals. These arguments were dismissed by politicians supporting the project; however, now we can see they were not groundless.

These tensions within NATO escalated in 2019 when the United States imposed sanctions on the pipeline. Such circumstances and internal divisions within NATO and the EU were conducive to Russia’s political objectives, which as the ongoing war proves, can be more easily achieved if the West is divided.

The crisis of Western unity caused by Nord Stream 2 resulted in frustration in Washington because the United States militarily protects Germany from the Russian army, while Germany intends to build a pipeline that would increase its dependency on Russian natural resources.

This apparent conflict of interests did not trouble Berlin. On the contrary, even without launching Nord Stream 2, it has increased its dependency on Russian gas from 37% to 55% of its gas supplies now coming from Moscow. The growing dependence on Russian energy resources is also present in other Western European capitals. How big of a problem this dependency constitutes is now apparent in Chancellor Scholz’s statements, who is forced by the decisions of his predecessor to continuously transfer vast amounts of money to Moscow. In addition, even if Chancellor Scholz wanted to punish Russia for its recent aggression, he could not hit where it would hurt Russia the most because such a move would significantly hurt an average German citizen as well.

Such unhealthy energy dependency brought Germany, and other Western European states, reputational damage. The entire world is watching how Western Europe has become hostage to Russian energy blackmail, with massive amounts of money flowing into Russia every day. This situation might result in a leadership crisis in the EU since political and moral leadership has been undermined by their ongoing transfers to Moscow and inability to predict potential consequences of the energy dependency.

Nord Stream 2 had been a deeply unfortunate project. The project negatively affected unity in the West and an increased dependency on Russian gas supplies. This all contributed to creating a given perception in Moscow. A perception that Western Europe tolerates Putin’s adventurism in Ukraine and turns a blind eye to the violation of international law. A perception that the project managed to divide the West. A perception that even if the West were willing to respond economically by targeting Russia’s most precious and vulnerable market, it would harm itself too. These three factors contributed to an aggregate perception in the Kremlin that Russia could get away with a potential invasion with no or insignificant costs.

The ongoing war demonstrates that the West is the strongest when it is united and that Russia endeavours to take advantage of the fractures it purposefully creates within Western alliances. Therefore, European governments must wholly abandon the project of Nord Stream 2 not to let Russia further undermine Western solidarity. Furthermore, Russia turned out to be an utterly unreliable economic partner that utilises its vast natural resources as political leverage. In addition, it changes contractual provisions at a whim, for instance requiring its customers to pay in roubles. Hence, all European states ought to reduce their dependency on Russian energy supplies.

Finally, the case of Nord Stream 2 suggests that Western European states ought to rely more on the advice of their Anglo-Saxon and Central and Eastern European partners. Particularly on the latter, who, due to historical events and geographical proximity, have more knowledge and experience in evaluating Russian intentions and objectives.