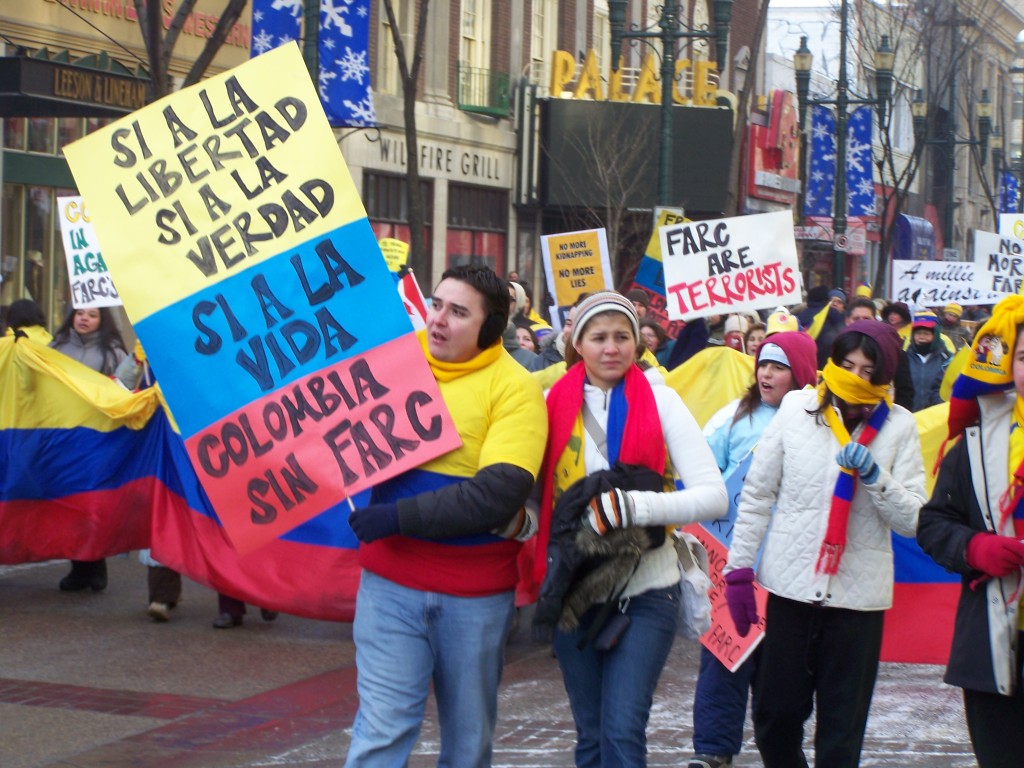 So far in 2016 we have encountered several politically surprising events and outcomes, the prime examples being Donald Trump’s recent victory in the US Presidential election and the UK’s calamitous Brexit vote. The rise of demagogic political rhetoric and the increased presence of right-wing politics have created a volatile and unpredictable political situation, not only in the Western sphere, but throughout South America, too.

Brazil evidently comes to mind when thinking about South American political dismay, as corruption scandals and ousted Presidents have been at the centre of the national and international press’ attention for the past couple of years. However, this political volatility has also lead to a certain amount of progress, especially in Colombia.

Now, this does not mean that Colombia has avoided any form of political uncertainty and has emerged unscathed and democratically reinforced. Colombia’s political history is turbulent, complex, and troublesome, to say the least. Colombia has had to juggle its political development, and subsequently its democratic legitimacy, with the fight against guerrilla warfare and druglords. Netflix’s hit series Narcos has brought Colombia’s seemingly perpetual political struggle to the forefront of pop culture, illustrating the power imbalance and internal complications that hinder the country’s political and socioeconomic growth.

The Colombian government has always been determined to overcome the country’s internal conflicts. This desire was effectively put into practice and reached its pinnacle earlier this year with the Peace Deal between the government and the FARC guerrilla. On the 26 th September 2016, Colombian President Juan Manuel Santos and FARC leader Rodrigo Londoño signed the Peace Deal in La Havana in the presence of several international leaders, including John Kerry and Ban Ki Moon. A turning point in Colombian political history seemed to have been reached and people could see the light at the end of the tunnel.

The final step was the Colombian population’s approval of the deal through a national referendum. Colombians were given the chance to vote for, or against, the Peace Deal, something that shouldn’t normally cause much of a divide, especially when the country has been war-torn for over five decades. However, against all odds, the Colombian population rejected the Peace Deal. 50.2% of the population voted against it, with 49.8% voted in favour, even when polls had predicted the Peace Deal to be approved with 66% of the vote. The most pivotal moment in Colombian political history was determined by a mere 38% of the electorate. This translates to roughly 13 million voters deciding the fate of a country with a population of 46 million inhabitants. Was a referendum actually a wise choice in this case?

The campaign leading the rejection of the Deal was orchestrated by former President Álvaro Uribe. Uribe paid great attention to the fact that the FARC would have parliamentary representation following the hypothetical success of the Peace Deal. Uribe and the No campaigners spread insecurities and fear of coming to terms with the FARC and the guerrillas, creating an arguably unnecessary divide between the Colombian population.

This left Colombia in a state of shock, as such an outcome had seemed inconceivable. Many Colombians felt the Deal was too lenient on the FARC members. This led to a renewed agreement between the Colombian government and the FARC, signed on November 25 th in Bogotá. Several points were amended, yet perhaps most interesting, is the fact that the revised deal will not be put to a country-wide vote; it will be ratified by the Colombian Congress instead.

The situation in which Colombia finds itself is unique. Many people have found profit in the decades of war, whether through arms dealing or drugs, and have grown accustomed to the harsh reality of the conflict. Additionally, people who have been directly affected by the conflict believe the Peace Deal allows those who’ve tormented the country to get away with their crimes. Others prefer a ‘fight fire with fire’ approach, and they consider the continuation of an armed conflict as the only way to bring justice and end the presence of the guerrillas. These factors, and several more, have influenced the public’s opinion on the issue, and consequently almost ended four years of negotiation between the government and the FARC. This is Colombia’s greatest chance to move forward and overcome its historical struggle against the guerrilla factions and consolidate itself as a strong democratic power. However, for many Colombians, peace comes at too great a cost.

Demagoguery and radical rhetoric lead Nigel Farage and UKIP to achieve their Brexit goals and Donald Trump to rampage his way to the Oval Office. Both of these situations are yet to properly take off, but the political and economic prospects for both the UK and the US are far from positive. Colombia has a chance to step up to their national equivalent and deny fear mongering and insecurity from robbing them of the chance to finally set their country down a path of socioeconomic reform and political consolidation. Colombia needs to seize the chance to rewrite its history for the better, to overcome prior struggles and, most importantly, override the current speculation and unnecessary doubts revolving the Peace Deal. The path to peace is never a smooth one, and satisfying all parties involved is never going to be a feasible achievement. Yet it is now or never for Colombia.