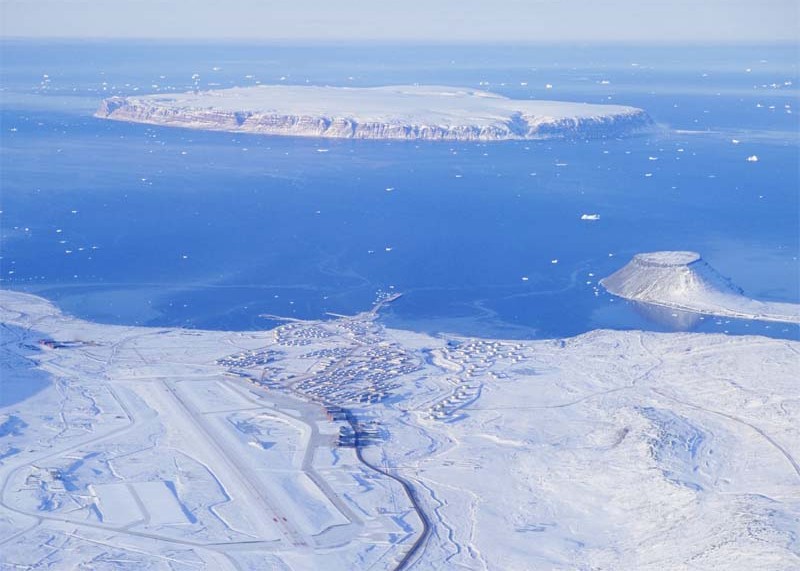 The growing strategic significance of Greenland

Greenland is the world’s largest island, a cold and remotely located territory covered in ice, with only 56,000 inhabitants, making it the least densely populated country in the world. At a first glance, it may seem that the territory holds no specific economic or strategic significance. However, Greenland’s strategic location will only grow in prominence in the coming years– and not just because the island’s melting ice sheet lies at the forefront of climate change concerns. The U.S. Secretary of State, Mike Pompeo, has warned that the Arctic region has turned into an arena of global power and competition with increased presence by Russia and China. In this Arctic “Great Game” Greenland occupies a prime “real estate” location, not only interesting President Trump but other stakeholders as well.

What makes Greenland so attractive?

Greenland is owned by Denmark, but has governed by self-rule since 1979. The 2009 Self-Government Act has considerably increased its powers, including the management of its substantial unexploited natural resources such as minerals. Geographically, the island is close to North America, and it is no surprise that there were U.S. attempts to buy the island already back in 1867. In 1946, then U.S. President Harry Truman expressed his wish to acquire the island for $100 million in gold. It was a deal that would not go through due to Danish opposition. However, since World War II, an agreement is in place between the U.S. and Greenland pertaining to the housing of American military assets on the island. Currently, the assets include America’s northernmost Air Force base Thule, a ballistic missile early warning system, and a satellite tracking system. In the eyes of President Trump this is not enough. In August last year, he voiced the idea of procuring the island, equating the potential purchase to essentially “a large real estate deal”. His proposal was nonetheless rebuked by the Danish Prime Minister Mette Frederiksen calling it “absurd,” leading Trump to cancel a planned meeting between the two heads of state.

Presently, Greenland’s most integral economic drivers are fishing and tourism, but it is the island’s vast natural resources that have attracted increased interest from different stakeholders. These resources include ferrous metals, uranium, and rare-earth elements, according to some sources. Rare-earth elements are important for several key productive sectors of the so-called ‘Fourth Industrial Revolution’ and — perhaps more significantly — as well for manufacturing high-tech military hardware like lasers, nuclear weapons, and guided missiles. The island’s strategic importance is also closely interlinked to novel North Atlantic shipping lanes opening up, because of the polar ice melting.

Another aspect that outlines the American strategic interest is the viewpoint of grand strategy. The U.S. needs a strong foothold near the North Pole in order to act as a competitive actor in the race to exert control over the Arctic — taking into account that Russia, and to a lesser degree China, have moved forward their positions in this vital region.

Russia’s role in the Arctic specifically stands out with the Kremlin highly aware of the Arctic’s importance. From a geographical perspective Russia’s northern shores cover half of the combined Arctic coastline. Economically, as much as twenty percent of Russia’s gross domestic product is generated within Russian territories in the Arctic, with vital economic interests in sectors such as energy extraction and maritime shipping. However, it is the widespread build-up of military units and infrastructure that is the most controversial aspect of Russia’s Arctic policy. From the Kremlin’s perspective, control of the Arctic is an imperative step in order to claim great power statues.

Another actor in the Arctic “Great Game” is China. However, its role has been more discreet than the one played by Russia. Since China gained observer status on the Arctic Council in 2013, it has expanded its activities and engagement in the region. In early 2018, the country published its first Arctic strategy that envisaged a “Polar Silk Road” and self-declared China to be a “Near-Arctic State”. However, China’s expanding capabilities and interest led the government of Denmark to publicly express its trepidation regarding China’s interest in Greenland. Beijing’s proposals have included establishing a research station, building a satellite ground station, renovate airports, and developing mining operations. Most military analysts play down the possibility for armed conflict in the Arctic region. However, the aforesaid steps taken by several nations make it abundantly clear that they are nonetheless preparing to protect their interests in the region.

Geographical locations do matter, and some are more significant than others. Irrespective of President Trump’s unorthodox foreign policy diplomacy, geopolitics constitute a chessboard filled with many players with their own agendas. It is therefore reasonable that the U.S. is trying to position itself in an as advantageous position as possible — through the purchase of a significantly strategic – if ice-covered – island. The only certainty is that we will continue to hear more about Greenland in the coming years, as its strategic importance increases, leading more stakeholders to vie for influence over the island.