From Navigating to Cultivating: The Winds of Change in the 21st Century 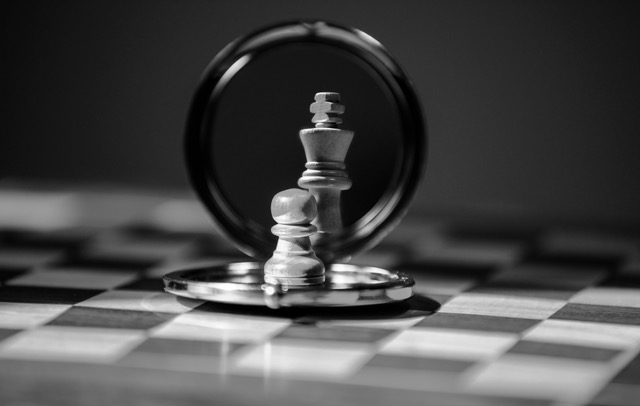 Afghanistan, the so-called ‘graveyard of empires’, has been a good indicator of geopolitical volatility in the past. It was the central theatre of the ‘Great Game’ between the Russian and British Empire leading up to World War I. The invasion of Afghanistan by the Soviet-Union in 1979 contributed to the renewed tensions between the USSR and the USA after a period of déténte in the 1960s, whilst the humiliating withdrawal of the Soviets in 1988 symbolized its declining strength prior to the end of the Cold War in 1991. And now, in 2021, the world has witnessed the messy withdrawal of American and NATO forces out of Afghanistan alongside a regime change in favor of the Taliban. These developments suggest that more instability and changes can be expected in the region, and perhaps the world, during the 21st century. Other patterns and changing power-dynamics point in that same direction.

The emphasis of the USA on securing national interests, rather than exercising global leadership, is one of these changing power-dynamics that could cause more geopolitical volatility in the upcoming years. Admittedly, the tone of the foreign policy agenda of the Biden administration is different from Trump’s administration, as it promotes multilateralism. Yet their strategic goals are not much different. Biden’s national security advisor, Jake Sullivan, is the co-author of a research report titled ‘Making US Foreign Policy Work Better for the Middle Class’, which does not sound much different from Trump’s ‘America First’ foreign policy doctrine. The prioritization of American national interests was clear in the decision of Biden to withdraw out of Afghanistan: his allies requested him to stay engaged, he knew the situation would be dire if he left, yet he still chose to do so in the interest of America.

Meanwhile, China has replaced the USA in many countries as the dominant trading partner, expanded its influence through the Belt and Road initiative into Central-Asia, Africa, and South-East Europe, and asserted its authority in Hong Kong and the Xinjiang region. China’s rise to power adds a new piece to the geopolitical chess-board, which will further disrupt the established status-quo.

Additionally, Russia has re-asserted itself as an aggressive regional player since 2008 by intervening in Georgia, annexing the Crimea, and supporting the separatists republics of Luhansk and Donetsk in Ukraine. Add to those changing power-dynamics the future impact of COVID-19, climate change, and increasing digitalization, and one can understand why (international) political instability and transformation is predicted for the 21st century.

And how do these winds of change affect the European Union? Most often, events and challenges that cause or symbolize instability are framed as crises that position the EU in a ‘do or die’ struggle  for the future of the Union. But the fact that the EU has to face and address common challenges is natural and cannot be seen as an indicator of a weakening or disintegrating Union. In  the words of British Prime Minister Harold Macmillan, one  always worries about “events, my dear boy, events” in politics. Therefore, it is more important to consider how the EU eventually responds to – and arises out of – these crises as indicators of its strength. Because there is a difference between navigating events in order to survive, or utilizing those encountered events to expand your own power or influence (Gaddis, On Grand Strategy, 2018). And that difference  is  visible in the way that the EU has overcome various hurdles in the last decade.

For example, the Eurozone crisis of 2009 posed a threat to the European project as countries like Greece, Spain, Portugal and Ireland were no longer able to address their own financial problems due to massive public debts. A politically sensitive multibillion bail-out, provided by EU member states under the leadership of Germany, was needed to prevent a collapse of the financial institutions of these countries, with the goal of preserving the EU’s economic stability. Admittedly, Europe emerged stronger out of the Eurozone crisis in the long-term, but the austerity and reform policies within member states triggered Eurosceptic sentiments that weakened the power of the EU.

The Refugee Crisis of 2015-2016 laid bare the different internal values of the EU member states – those willing to harbor refugees and those who were not. Hungary, Poland and other Eastern-European countries addressed this crisis through national measures and legislations, whereas France and Germany pushed for an European approach – initiatives that were openly defied and belittled by members who were not willing to host refugees. That same narrative of European unity came under attack when Britain announced to be the first member state ever to leave the EU.

But the EU navigated these crises, survived, and has cultivated its power by resolving recent internal and external events. It mobilizes against Poland and Hungary with legal, financial, and political instruments to defend ‘European values’ such as the rule-of-law and the position of LGBTQ+ minorities. Both countries face financial repercussions due to their continued transgressions, which has already forced Poland to formally disband the heavily criticized Disciplinary Chamber of the Supreme Court.

And the COVID-19 pandemic hit European countries hard initially, but also pushed the member states to agree on something they never did before: issuing collective bonds with the EU as a collective guarantor for the risks tied to the obligations which are funding the recovery programs across Europe. The recovery programs are large in scale, worth around 1 824.3 billion euros, and aim to stimulate the innovation and digitization of European economies.

One can differ on whether it is a good development, but we are witnessing a more powerful and active EU than ever before. The Commission enforces ‘European values’ through legal and financial instruments, the member states are willing to take unprecedented financial and political risks to protect the financial stability of fellow member states, and the EU has demonstrated its ability to devise long-term and radically transformative policies that address the concerns of voters through the EU Green Deal. The EU does not only navigate these encountered events, but utilizes them to cultivate its own power.

But the EU still lacks the competence, capacity, and willingness to exercise hard power, even when it is in the interest of the member states to do so. The recent situation in Afghanistan is a symptom of that power-dynamic, as Ursula von der Leyen reiterated in the State of the Union. Fingers are being pointed towards the USA for being a “bad ally”, but the Biden administration had informed its European allies about plans to withdraw out of Afghanistan months ago. The hasty and uncoordinated response to the events in Kabul are the result of bad intelligence gathering and the poor capacities of the EU member states to respond to the deteriorating security situation. As a result, EU citizens, civil servants, translators, and vulnerable Afghans had to be left behind in an unsafe environment.

Afghanistan demonstrated how the lack of military capacities negatively impacts the interests of EU member states. The crisis – and the subsequent weak European response – has created a critical juncture, which presents the EU with the opportunity to make serious progress on its defense and security capacities. It is therefore no surprise that Ursula von der Leyen announced an EU-NATO declaration on cooperation at the end of 2021 and a European defense summit in 2022 in the State of the Union, or that Josep Borrel announced his plans on the creation of a European intervention force of 50.000 men and women. That plan is ambitious, and is not likely to survive extensive rounds of discussions and debates, but still indicative that European defense and security capacities will be high on the European agenda in the upcoming time. The AUKUS-deal between the USA, UK, and Australia will further add to the political salience of the development of European defense capacities.

The cultivation of those capacities is needed if the EU seeks to be a relevant geopolitical actor. China and Russia do not shy away from using hard-power or hybrid attacks to further their goals, and the USA is mainly concerned with its battle for global hegemony with China. So, the debates and policies that follow in the wake of the crisis in Afghanistan will be indicative to assess whether the EU can develop the capacities it needs to evolve into an independent actor in the stormy international political arena of the  21st century.