FROM CURVEBALL TO THE GERASIMOV DOCTRINE: A WARNING OF STRATEGIC GROUPTHINK? 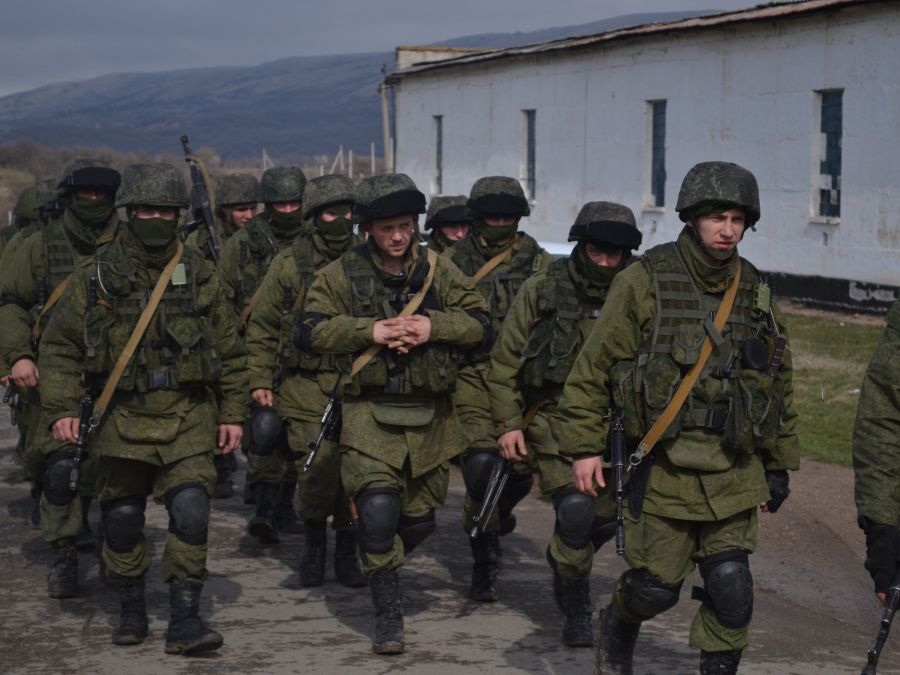 Hybrid warfare, disinformation campaigns and election meddling have been the keywords used to describe the foreign policy strategy of Russia of the last few years. They have been discussed at length in literature, books, and even at the highest ranks of western militaries and governments. And for the initiated, these concepts all relate back to the all-encompassing Russian strategy of chaos, better known as the ‘Gerasimov Doctrine’ after an article by the Russian Chief of the General Staff, General Valery Gerasimov.[1] To understand this Doctrine has been the holy grail of understanding Russian grand strategy and it has had a major impact on Western strategic thinking about Russia. However, the doctrine explained by General Gerasimov wasn’t about Russia, it was about the West. And due to an interpretation error, the work became evidence of a non-existing Russian doctrine with huge effect. [2] Like Curveball in the early 2000’s, this single source gained a life of its own and became a catalyst of major strategic groupthink which is the death of any effective strategic thoughts and solutions.

Curveball was the codename of the Iraqi chemical engineer Rafid Ahmad Alwan, who defected to Germany in 1999.  He informed the German Federal Intelligence Service about mobile laboratories which could make weapons of mass destruction. They then shared his information with allied nations, including the U.S. Even though only little parts of Curveball’s stories could be verified and although the Germans warned its allies about the weakness of the claims, his words became the cornerstone of the decision to invade Iraq. [3]

Following the invasion, it turned out that his story was fully made-up and lacked credible support from other sources. The mobile laboratories didn’t exist and in 2011 Alwan admitted he made up his story in a desperate attempt to acquire refugee status. [4] His claims however had already led to a process of groupthink within the Bush Administration, with the invasion as a result. Groupthink in itself is a combination of a number of factors. Such as the (1) collective rationalization of a specific line of thinking, (2) a stereotyped view of the enemy or problem, (3) direct pressure on dissidents, (4) self-censorship and (5) the illusion of unanimity. [5]

It is a simplification to say it was only groupthink which led to the invasion of Iraq. But the decision-making was a process of stress, promotional leadership, intergroup conflict within the administration to find effective measures in the war on terror and censorship of alternative opinions. In this decision-making process, the core leadership of the Bush administration promoted the intelligence it saw in line with its arguments while it neglected the alternatives, invoking a dangerous form of group thinking among its members which led to the invasion. [6]

This pattern of groupthink illustrated here above also applies to the readiness with which the West has accepted the Gerasimov Doctrine. The interpretation of the doctrine hasn’t led to an invasion of a sovereign nation, but it functions as the intellectual legitimacy of Western strategic thinking about the Russian threat. The Gerasimov Doctrine came to be known in the West after the publication of a translated article which explained the stages of the permanent conflict. [1] In the article Gerasimov explains the change of warfare and the use of non-military means of achieving political and strategic goals and the blurring lines between war and peace. Such as the infiltration of the media and civil society, and the use of economic and humanitarian tools to impact a country from the inside.

However, recently it became known that there was an major translation error concerning the article explaining the Gerasimov Doctrine which put it in an entirely wrong context… [7]

As it turned out the article did not describe Russia’s approach to foreign relations, but it was Gerasimov’s analysis on how the U.S. and NATO ignited the Arab Spring and spread their global influence. As such, the original article on the Gerasimov doctrine wasn’t really about the Russian grand strategy, but it was a Russian conspiracy theory about the West. Which then was taken out of context and soon spread through academia and to military strategists. [2] After all, knowing the opponent’s grand strategy is the holy grail in understanding the opponent’s actions. And in the chaos of the little-green-man annexation of Crimea and the ensuing war in Eastern Ukraine this doctrine provided an acceptable context and understanding for the actions of the Russian government and – let’s be honest – a far more appealing explanation than the actions being a combination of opportunism and fear of eastward expansion of the western sphere of influence. It also provided a logic for Russian attempts to influence elections, but this also isn’t something new. Electoral influence campaigns were already primary tools of both the KGB and CIA during the Cold War, and it’s logical that they have been extended to include the new forms of media. [7] While all worrying, they aren’t evidence of the Gerasimov Doctrine being a real thing.

When the actions of Russia are put into to the context of a ‘Gerasimov Doctrine’, Russia appears much more dangerous and willing to use its violent and non-violent means to achieve its goals. And it is this fear of aggressive Russian activities and meddling that have as much of a negative effect on the increasing hostile relation between Russia and the West, as the actions taken by both sides over the last few years show. Furthermore the doctrine also created a false sense of security by providing a fake understanding of Russian aggression for policymakers in the west. But does this mean Russia doesn’t have a multidimensional approach and willingness to pursue active (non-) violent conflict, and that Russia doesn’t have a grand strategy? We don’t know. Russia is a nuclear power with global ambitions and has a very capable military and diplomatic service. But like the case of Curveball, it shows that a small piece of faulty information can make its way into mainstream strategy with real world consequences. As such, the old intelligence wisdom remains true. ‘One source is no source’ and those involved with strategic thinking must remain vigilant about easy explanations originating from a single source and accepting easy explanations.

[1] The originally translated article ‘The value of Science is in the Foresight’ by General Valery Gerasimov can be found here:  https://usacac.army.mil/CAC2/MilitaryReview/Archives/English/MilitaryReview_20160228_art008.pdf
[2] see for instance: https://www.politico.com/magazine/story/2017/09/05/gerasimov-doctrine-russia-foreign-policy-215538http://www.militairespectator.nl/thema/strategie-operaties/artikel/russias-perception-warfare
[3]http://www.spiegel.de/international/world/the-real-story-of-curveball-how-german-intelligence-helped-justify-the-us-invasion-of-iraq-a-542840-4.html
[4]https://www.theguardian.com/world/2011/feb/15/defector-admits-wmd-lies-iraq-war
[5] Janis, I. (1972) Victims of groupthink: A Psychological Study of Foreign-Policy Decisions and Fiascos. Boston: Houghton Milfin.
[6] Badie, D. (2010) Groupthink, Iraq, and the War on Terror: Explaining US Policy Shift toward Iraq. Foreign Policy Analysis Vol. 6 (4). https://doi.org/10.1111/j.1743-8594.2010.00113.x
[7]http://foreignpolicy.com/2018/03/05/im-sorry-for-creating-the-gerasimov-doctrine/
[8]https://www.globalsecurity.org/intell/world/russia/kgb-su0523.htm