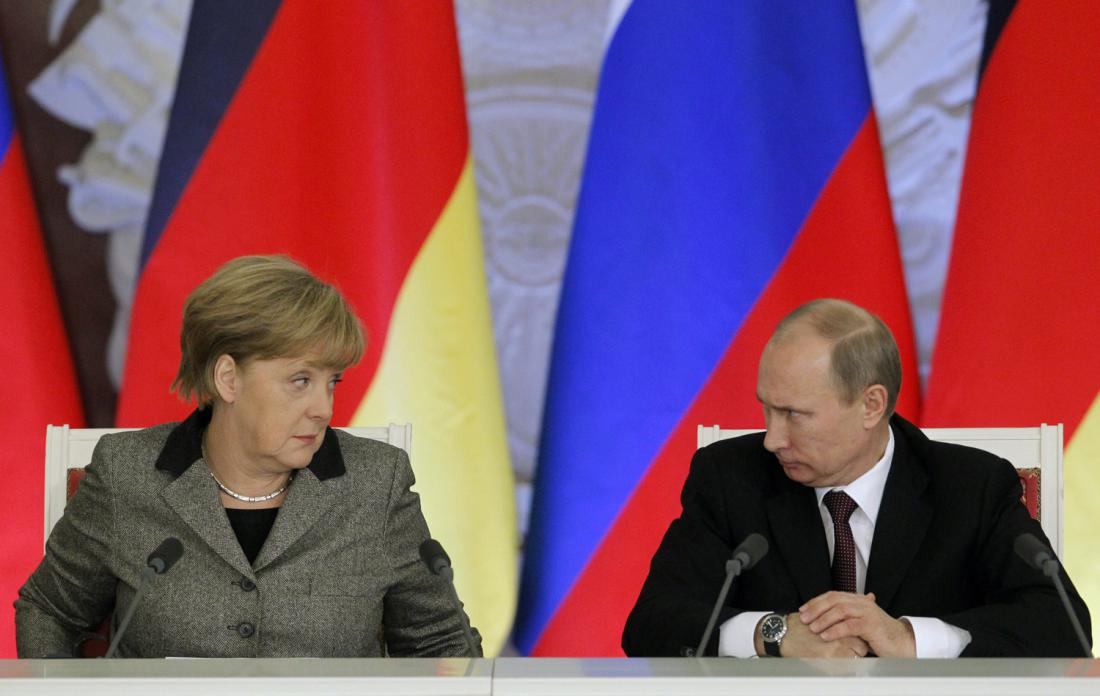 NATO is in desperate need of a strategy. For decades it has been accused of being a military alliance without an enemy but now that it has a clear adversary in Russia it lacks a coherent plan to confront it. Indeed, ever since the outbreak of hostilities in Ukraine in 2014, NATO has failed to present a compelling strategy how it will deal with Russia’s newfound assertiveness. This is disappointing, especially since there are so many sound strategy options available. Here are four.

NATO Secretary-General Jens Stoltenberg has made it repeatedly clear that his organisation does not seek a military confrontation. With Moscow failing to return any such reassuring words, NATO member states have initiated large scale military exercises in Poland and the Baltic states and have now even agreed to set up permanent military bases in direct contravention to earlier agreements with Russia. Both policymakers and analysts have justified these actions by referring to deterrence, with the rationale being that troop deployments act as a ‘trip wire’ which locks in the alliance in case of sudden Russian aggression.

However, a deterrence strategy requires making clear statements, ‘red lines’ and outright threats which dissuade an adversary from taking a specific action. So far, NATO has deliberately avoided making such statements. This is surprising as NATO was highly successful in pursuing a strategy of deterrence during the Cold War. Back then, it clearly signalled that its aim was to prevent the Soviet Union from invading Western Europe and made detailed statements what it would and would not tolerate from the Communists.

Today, a similar strategy could be used to prevent Russia from taking any hostile action in or towards Poland, Estonia, Latvia or Lithuania. The problem with deterrence, however, is that it is only effective for as long as the issued threats are perceived as credible. This requires NATO member states to indicate a clear threshold at which they will declare war on Russia, which in turn may prompt Russia into a strategy of brinkmanship testing NATO’s resolve by taking action close to the threshold. Complicating matters further, Russia may take action that does not neatly fall above or below the threshold line, opening up the possibility for undesirable intra-NATO discussions on how to respond.

Should a strategy of deterrence be too bold and risky for some NATO member states, the alliance may be able to agree on the more subtle version of mere Russian containment. Here, the alliance does not issue any threats, opting instead to limit Russia’s extra-territorial influence. This option is frequently invoked during discussions on how to handle rising China but rarely when debating the other Eastern threat. This is surprising, as Russia is NATO’s original adversary and the alliance has spent much of the second half of the 20 th century limiting its expansion in far-flung exotic areas such as Latin-America (Cuba, Nicaragua) and South East Asia (notably Vietnam).

Containing Russia can be achieved by increasing NATO patrols of waterways and airspace, as well as by denying Moscow’s malign cyber activities. A containment strategy should therefore both target physical space as well as the digital arena. Such a strategy would be a hard sell to the Baltic States, who may fear this will prove insufficient to rein in their aggressive Eastern neighbour.

A third option is to influence Russia’s behaviour by offering economic incentives to change policy. The alliance could work with the European Union and Germany in particular to identify concessions that could be offered to Russia should it adopt a more benign posture. Such incentives could be found in the oil and gas sector on which the struggling Russian industry is highly dependent. Such ‘carrots’ should only be handed out when trust between East and West has been fully restored, and replaced with punishments (or ‘sticks’) should Russia backslide. Punishments could easily be doled out by expanding current sanctions against Russian business leaders to entire sectors such as Russia’s vast military industry.

Political commentators have suggested that Germany is in favour of such a strategy. However, what Chancellor Angela Merkel actually proposed was a dual strategy of deterrence and dialogue. She wants NATO to turn one hand into a threatening fist, while stretching the other hand out as a gesture of goodwill. This should not be confused with a carrot and stick strategy as her proposal does not contain any clear incentives for Russia to change its attitude.

A downside to a carrot and stick strategy is that it integrates economic policy with military affairs. Should this strategy fail to achieve its intended effect, NATO member states will not only face a security crisis but also risk an economic one. After the financial crisis of 2008, the aftermath of which still resonates today, this may be a risk that many NATO member states will seek to avoid.

The final, most radical option is to de-escalate the current situation through a strategy of appeasement. Here, armed conflict is avoided by keeping the adversary satisfied by giving him small concessions. Appeasement developed a reputation of naivety after British Prime Minister Neville Chamberlain unsuccessfully used it against Hitler, but it may very well work against Russia. For instance, George Friedman, founder of global intelligence firm Stratfor, writes in his book that he believes Russia faces a dismal future owing to deeply rooted problems in demographics, a lack of an innovative industry and a poorly trained workforce. Seen from this perspective, it may be worthwhile to keep Russia satisfied until it crumbles under its own weight. Yet it may take decades for internal state collapse to occur. The Soviet Union, for instance, lasted for almost 80 years.

The above shows NATO has plenty of options available. All strategies have their own pros and cons and each of them may work. The alliance must now agree on one of these options and execute it well. For an alliance with 28 member states, each with their distinct political objectives, this will prove quite the challenge.

Quint Hoekstra studied Political Science at Leiden University and Conflict, Security and Development at the Department of War Studies, King’s College London. In September he will start his PhD in Politics at the University of Manchester.