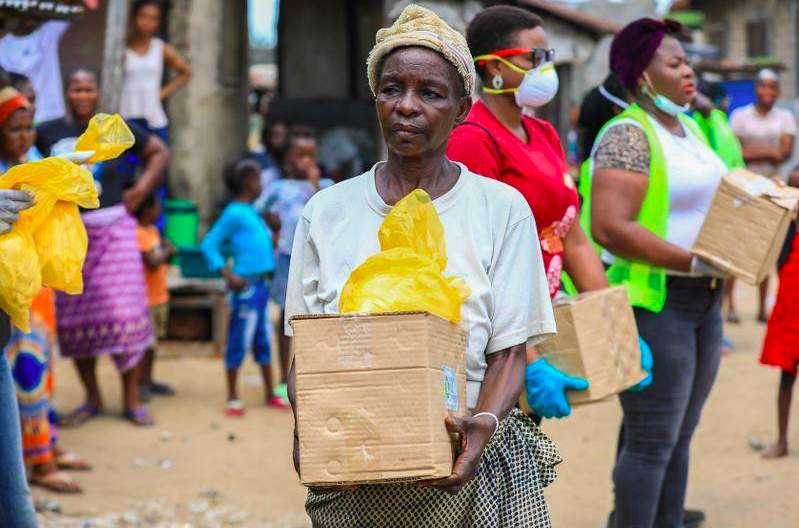 This Sunday read will argue that the field of security studies has a new poverty trap to account for. Namely, the Epidemic Induced Poverty Trap. It will further endeavour to clarify the importance of ingenuity in the global fight against Covid-19 and the disadvantage of certain states regarding this matter. Last, it will argue in favour of an interconnected, global, approach to the coronavirus as this will prevent future grievances.

There has been significant debate among scholars concerning the cause of violent conflict which can roughly be traced back to an economic outlook and an environmental outlook.

The environmental outlook is best described in ‘Environmental Scarcities and Violent Conflict: Evidence from Cases’ by Homer-Dixon. Here, Homer-Dixon defines three categories of scarcity. Namely: (i) supply induced scarcity, as a consequence of depletion and degradation of natural resources; (ii) Demand-induced scarcity, as a cause of population growth; and, (iii) structural scarcity which concerns the fact that groups that do not have equal access to particular sources, can feel excluded and discriminated against.  Thus, Homer-Dixon argues that a combination of these factors can lead to environmental scarcity which in the end can lead to ethnic conflict, coups d’état and deprivation conflicts, or shortly stated: grievances.

Counter arguments to this line of thinking have been dominated by belief in the human capacity to develop technologic solutions to these environmental induced problems. Homer-Dixon defines this capacity as ingenuity. However, he argues that poor countries start at a disadvantage when it comes to creating and maintaining institutions that are capable of maintaining this ingenuity. This argument appears to be validated by the fact that to date seventy Covid-19 vaccines are being developed by countries that are overwhelmingly situated in Asia, mainly China, and the established states of the West.[2]

The novel coronavirus has seen wealthy states scrambling for solutions, both medically and economically. The economic consequences for the wealthy states are expected to be of unparalleled proportions, but what would be the consequence of these setbacks for poorer states?

As part of the new reality, one that acknowledges that pandemics might become a constantly present factor in the 21st century, one might argue that epidemics will constitute a trigger to poverty traps. Scholars such as Conor Devitt and Richard Tol have examined two forms of poverty traps.  Climate-change induced, and civil-war induced poverty traps. They argue that economic growth declines as an aftereffect of civil conflict by consequence of environmental change and that these factors may enforce another.[3]

As part of the new reality, it could be argued that a third factor needs to be considered. Namely: epidemic induced poverty traps. The fact that certain groups can feel excluded and discriminated against, due to not having access to certain (medical) resources, might become more prevalent due to pandemics. The resurgence of grievances must be considered as consequence of economic loss in combination with deficient ingenuity as a result of states endeavours to cope with pandemics. As stated by Homer-Dixon ‘‘severe environmental scarcity would simultaneously increase economic deprivation and disrupt key social institutions, which in turn would cause “deprivation” conflicts such as civil strife and insurgency.’’[4] The economic deprivation Homer-Dixon warns against can already be observed through the consequences of worldwide lockdowns. Furthermore, the key social institutions which are crucial to the state apparatus, are also heavily under pressure as health systems all over the world have been exhausted.  Homer-Dixon warns against the toxic cocktail that is economic deprivation and social breakdown. However, both the economic and the social disruption of key institutions can be observed as consequence of state endeavour to cope with COVID-19.

Accordingly, it is stated by Mark Honingsbaum, writer of the Pandemic Century, that ‘‘there is nothing like armed insurrection to bring infectious mayhem to a continent’’.[5]He illustrates this by considering Liberia and Sierra Leone which both were left defenceless to the outbreak of Ebola due to decades of civil conflict. Consequently, 11,000 people died of the disease.

As previously stated, poor countries are at a disadvantage when it comes to ingenuity. This has left them dependent on ingenious solutions to contemporary challenges. At the moment, these wealthier nations seem to be heavily occupied with their own interests. In Europe, nations are squabbling over their own interest, without a uniform approach to the pandemic. Meanwhile, the U.S. is abandoning its hegemony over world affairs by means of its ‘America First’ policy. The implications of this isolationism in a highly interlinked world are unforeseen. How interlinked the world is was made visible during the refugee crisis, which led to the rise of internal tensions in wealthy nations as consequence of migration due to conflict in regions many thousands of kilometers away. Therefore, it is as much in the interest of these wealthy nations to equally share the solution to global problems as it is in the interest of developing countries.

In order to prevent the grim prospect sketched here, it is of importance that all of humanity reaps the benefit of wealthy states’ ingenuity. It is in the future economic interest of these wealthy nations to maintain stability in regions which are prone to civil conflict. These poorer regions will be more susceptible to poverty traps if a global strategy to the coronavirus and other pandemics is not established. The future might not be as grim as outlined above. However, it will be one in which pandemics can very well remain a constant threat to the interconnected world we live in.