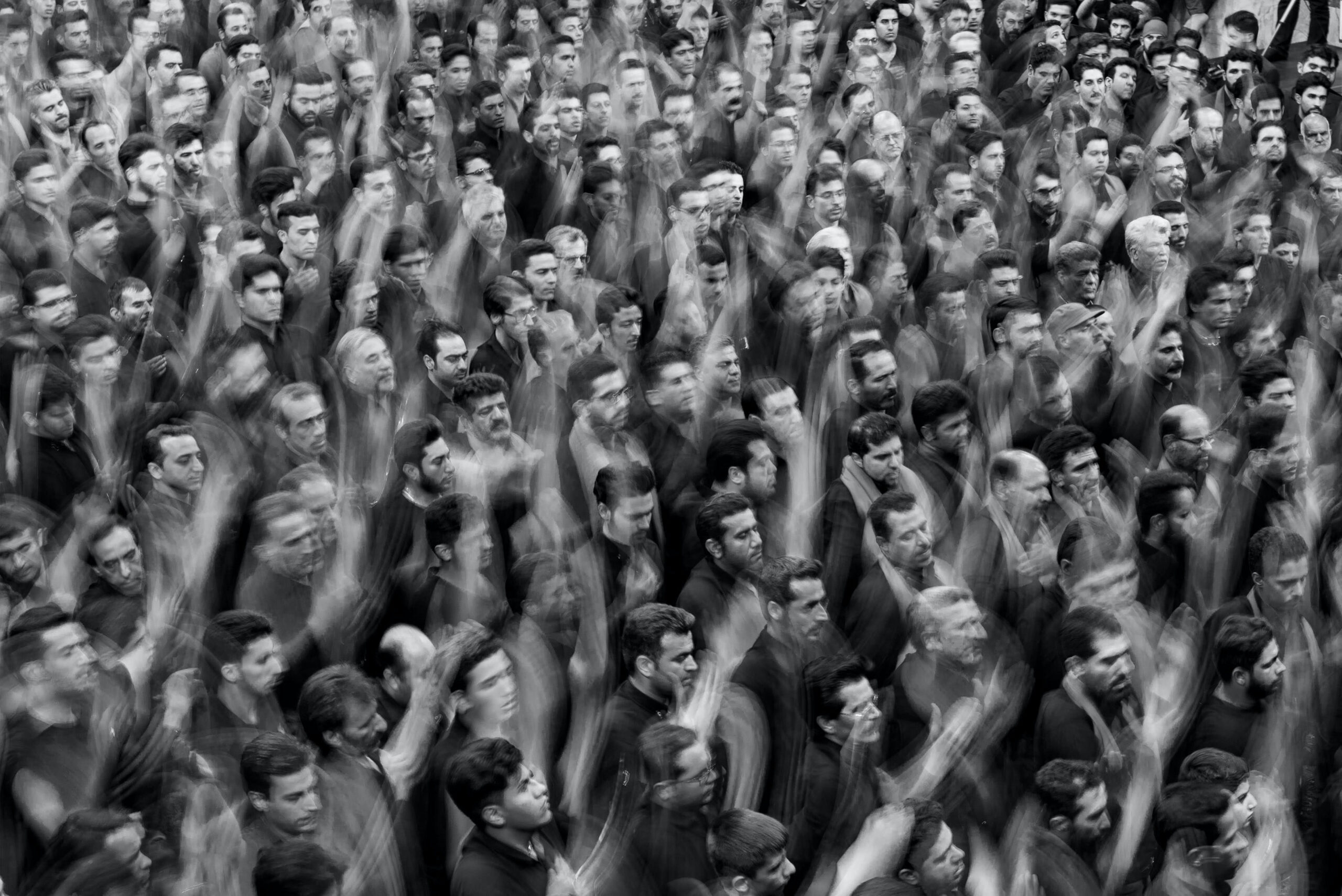 Over the last couple of weeks the resumption of nuclear talks between Iran and the U.S., China, Russia, France, Germany, and the UK in Vienna featured in headlines around the globe. However, this has overshadowed news of the mass mobilization of protestors in the Iranian city of Isfahan. The protesters demand action to address worsening economic conditions and the dwindling water resources in the region. Unsurprisingly, Israeli newspapers and some international analysts were quick to pick this story up, with the right-leaning Jerusalem Post publishing an article on Saturday 20 November proclaiming imminent regime change in Iran and a subsequent disavowal of Hamas by the protestors. Other international commentators, such as Taykeh, suggested regime change in Iran as an alternative to diplomacy. However, these analyses are wishful thinking at best, or a complete misunderstanding of Iranian politics at worst.

The Iranian regime is often viewed as radical, irrational, oppressive, and authoritarian by Western states. Ray Taykeh argues that the Iranians need to be liberated from this oppressive and evil regime, arguing that a pro-American government must be installed in its stead. According to him, the Iranian people are fed up with the regime, and if Iran were to develop a nuclear bomb, it will be toppled and replaced by a pro-Western government. This view is reiterated by Israeli Prime Minister Naftali Bennett, who in a speech urged the international community to undertake rapid action in an effort to force regime change in the Islamic Republic. Here, the argument goes that Iran is intent on destroying Israel, oppresses its own people, and pursues a nuclear bomb to become the Middle Eastern hegemon. However, these claims and suggestions do not hold up to scrutiny. Abdolmohammadi and Cama described Iranian domestic and foreign policy trends in their 2020 book “Contemporary Domestic and Foreign Policies of Iran.” Here, they argue that the Iranian political sphere is a delicate balance between Republicanism and Islamic principles. This hybrid theocratic regime, which has democratic and authoritarian elements, allow it to respond to domestic pressures while maintaining the dominance of the clergy in the political sphere. In times of hardship and political instability, the Council of Guardians (consisting of indirectly elected representatives from the clergy) selects potential candidates in accordance with political trends, increasing and decreasing, respectively, the likelihood a hardliner/Islamist or reformist wins. For instance, Rouhani was cleared for a presidential bid in big part due to the mass protests of the so-called “Green Movement” of 2009, which saw tens of thousands of protestors demanding far-reaching political reform flock to the streets for months. The Isfahan protests of the past days were much smaller in scope and are unlikely to significantly alter the composition of the Iranian regime in the near future. Additionally, during the 2021 Iranian elections, only two of the seven candidates approved by the Council of Guardians were reformists, implying relative political and regime stability (at least, in the view of the Council). Consequently, it seems over-enthusiastic to conclude regime change is imminent as suggested by the JPost and hoped for by Taykeh.

Iran is a highly principled country with many delicate and complex intersubjective beliefs which they confer onto the international plane. This is sometimes mistaken for Iranian expansionist policies in the Middle East. However, Iranian influence over the region must not be interpreted in the traditional sense. There is little evidence that Iran aspires to territorially expand into, or militarily subjugate, countries in the region. Military experts point out that Iran maintains a vast militant network in the Middle East, and view this as evidence of expansionist aspirations. However, these militant networks aim to evade a war of widespread destruction such as the bitter 1980 – 1988 conflict between the Islamic Republic and Iraq. (It serves to note that Western support for Saddam Hussein during the war was instrumental in boosting Khomeini’s popularity domestically and convinced the Iranian people that the U.S. was intent on overthrowing the newly established republic.) During the war, Iran’s defence doctrine primarily consisted of deploying long-range ballistic missiles and training their troops for asymmetric warfare to halt advances on its territory. However, following the widespread destruction of Iranian cities in the 1980 – 1988 war, Tehran adopted the so-called “mosaic” doctrine, which aimed to establish pockets of militants in hostile countries as a deterrent against attacks on its soil. This was further expanded by the elite Islamic Revolutionary Guard Corps (IRGC) and became the “forward-defence doctrine” which sought to establish large and capable militant groups as Hamas in Gaza and Harakat Hezbollah al Nujaba in Iraq to pressure hostile countries and thwart an attack on Iran.

However, where Iran does seek to expand is on the ideological level. One of the core tenets of the Islamic Republic was exporting the Revolution. Ayatollah Khomeini viewed deposing a Western-backed dictator (Shah Pahlavi) in Iran as the first step to widespread protests in the Middle East to restore what Iranian’s call the “pure inner core of Islam” (Islamic-led independent countries) in the region, free from Western interference. Effectively, this meant that Iran hoped to set in motion a series of revolutions in Arab countries to reduce U.S. influence over the region. These protests never came, and Iran became increasingly isolated in the region, a situation that is still ongoing today. In light of this isolation, allied militant groups as Hamas have become vital for Iran’s defence doctrine, making it unlikely that the Islamic Republic will part ways with this organisation. Furthermore, memories of the CIA-orchestrated coup against democratically elected Prime Minister Mossadeq in 1953 are vivid in Iranian society. When faced with an external threat, the Iranian public (as for many other countries) tends to support their regime. This was especially visible during the 1980 – 1988 Iraq – Iran war, when hundreds of thousands of Iranians pledged allegiance to the Ayatollah and enlisted as volunteers in the army. Iranian rejection of Western influence in the Middle East might be bolstered if the U.S. or Israel press for regime change, with support for military organisations soaring as a consequence.

The big question that remains is whether Iran is pursuing “the bomb” to obtain hegemony in the region, or worse, to obliterate Israel. This narrative, pushed by former Israeli Prime Minister Benjamin Netanyahu and subsequently spilled over to current Prime Minister Naftali Bennett seems sensationalist, however. In his book “Treacherous Alliance”, Trita Parsi made the expert observation that Israel does not behave as a country under threat by nuclear obliteration. He supposes that a country that feels existentially threatened will pursue all means to reduce that threat, including diplomacy. Yet, Israel has staunchly objected to the international community’s diplomatic efforts aimed at curbing Iran’s nuclear program. Despite the announced resumption of talks at the end of November, Naftali Bennett repeatedly vowed not to support the effort, emphasized that Israel might take unilateral military action against Iran’s nuclear program, and urged the international community to take action against Iran to force a regime change. One could argue that Israel is unconvinced that the nuclear talks will halt Iranian nuclear proliferation, but Israel’s Military Intelligence Chief Major General Tamir Hayman openly stated at the end of August 2021 that Iran is nowhere near building the nuclear capacity to threaten Israel. In fact, international experts, such as Eric Brewer, argue that Iran seeks to obtain the know-how and the material to build a nuclear weapon but would only do so in case the country fears that its existence is threatened. Ironically then, Tehran seems to have taken a note from Israel’s nuclear playbook and seemingly seeks to adopt a position of nuclear ambiguity.

To achieve the daunting task of reaching a nuclear agreement with Iran, western countries in general and the U.S. in particular must rid themselves of the illusion that regime change in the Islamic Republic is an alternative to diplomacy. U.S. support for the Shah prior to the Revolution of 1979 was a detrimental factor in the establishment of the current hybrid Islamic-Republican structure in Iran. In the years prior to the Revolution economic and cultural cooperation between the Shah and the U.S. intensified. The Iranians viewed this as an American attempt to undermine the religious and cultural identity of the Iranian society. Additionally, U.S. expats working in Iran had a privileged status and inflated housing prices due to higher salaries, causing economic hardship on the Iranians. The Iranians viewed this as an attempted takeover of the religious sanctity and independence of Iran, boosting support for Ayatollah Khomeini. While this structure is under scrutiny by the Iranian public, it would be naïve to think that active Western, American, or Israeli involvement in regime change will result in the establishment of a pro-Western regime. After all, the 1953 coup orchestrated by the CIA against the democratically elected Prime Minister Mossadeq is still fresh in the memories of the Iranians. As such, regime change seems unlikely to happen in the foreseeable future, let alone one that results in the establishment of a pro-American democratic Iran. In order to sign a comprehensive agreement aimed at thwarting nuclear proliferation, Iranian interests must be taken into consideration, particularly the desire to be independent and respected. Ending Iranian regional isolation and finding solutions to Tehran’s security needs are more likely to result in reduced Iranian involvement through proxies, such as Hamas or Hezbollah, and curbing its nuclear ambitions, than several thousands of protestors in the streets of Isfahan.