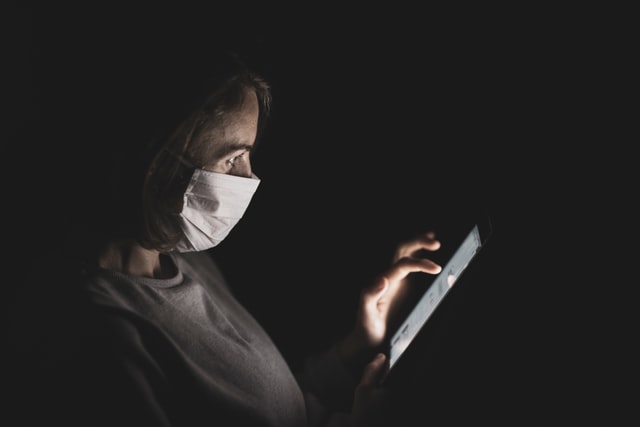 Corona-virus conspiracy theories: Just a marginal bunch of crazies or an actual threat to national and international security?

Conspiracy theories are phenomena that have been around for a long time. In essence they are theories that explain how a certain group of people work together to enrich themselves and oppress the general population.  The illuminati theory is one of the most well-known examples, illuminati would be a secret society that would have a significant amount of power and money. Various celebrities like Beyonce are allegedly illuminati members. They would have secretly orchestrated many historical events like 9/11 according to this theory [1]. Conspiracy theories (CT’s) also have a strong victim narrative, the theories often claim that ‘they’ – the elite, the enemy, the oppressor – are out to get the common man. The common man is the victim, they have less freedom, less money and power because of some all-powerful actor or group of actors.

Conspiracy theories usually rise in times of crisis, likewise they have become more prevalent during the pandemic. They have risen to an unprecedented height and never before have so many people ascribed to them. This coincides with a period of widespread fake news which had reached a height at the start of the pandemic. Fake news has been on the rise for a longer period, it spreads misinformation and lies throughout the media. Because there was a lot of uncertainty about the virus in the early stages of its spread (february, march), there was a lot of false information too. For example about the origin of the virus, which will be discussed in the section below [1]. Due to social media, the same conspiracy theories get spread quickly across the globe [2]. The same theories are believed all over the world and a few get famous.

The Chinese Virus
One of the theories that became more prevalent within the first stage of the outbreak was the theory that the virus was man-made within a Wuhan Lab. The Chinese government had created the virus to become more powerful. The blame  for the virus was laid on both the Chinese government and the Chinese people, and in extent on Asian people in general. Sinophobia rose and Asian people suffered from more racism and verbal and physical attacks [3]. ‘Someone in China ate a bat and now we are here’, was a phrase that was often coined. It holds Chinese people directly responsible. There was also less trust in Chinese data since the government has an authoritarian system. The data would be falsified to get certain reactions from the rest of the world, according to this theory. This theory also was aided by Donald Trump tweets and his references to COVID-19 as the ‘Chinese Virus’ [4].

Conspiracy by The Elite
Another prevalent theory questions the information given by governments, scientists, experts and doctors. What most people believe, would be a message that is indoctrinated by the government and the media. Western governments, Big Pharma, Bill Gates and the rich in general are often mentioned as the beneficiaries of this tactic. Bill Gates is often mentioned since he warned for a new pandemic in a 2015 TED-Talk. People that are against vaccinations in general -Anti-Vaxxers- claim that Gates brought this virus into the world as a means to vaccinate everyone in the works and implant a microchip. This chip would be used to control the population. Bill Gates and Big Pharma are often used interchangeably[5]. Meanwhile politicians would increase state power and benefit economically from the pharmaceutical industry. The mainstream media ignores these events since the mainstream media is owned and controlled by the elite, in the eyes of the CT’s . They want people to blindly follow the news. Coverages of mainstream media would be fake in this regard.  These theories are combined with more misinformation such as that the virus is just like the flu (it’s a hoax) or that the symptoms or the virus are caused by 5G networks [6].

The Risk
The higher belief in CT’s, the lower the chances that individuals comply with social distancing or take other preventative measures that would decrease the spread of the virus. CT’s are thus dangerous in the sense that they lead to more risk-taking behaviour that would allow the virus to spread quicker. But how dangerous are they on an institutional level? The danger of CT’s is that they use some real facts and they ask some legitimate questions, questioning Chinese data for example is hardly unconventional. It is also true that a vast majority of the wealth and power is attributed to only a few people. Still, to theorise that a virus is specifically designed to kill many people is quite unheard off.

Nationalism, racism and xenophobia
The COVID-19 crisis in general has led to more nationalist policies, countries respond to the virus individually as opposed to an internationally coördinated response. CT’s could lead to further isolationism by attributing to widespread othering. Here the virus is distanced from one individual; blame, contagion and danger is found in ‘the other’. The disease became tied to the image of an unknown foreigner [7]. The bioweapon narrative is explicitly violent and puts malevolent intentions on the unknown foreigner [8]. This is especially noticeable within the CT’s that blame the Chinese government and its people. It leads to more scepticism and more distrust towards foreign people, especially people from Asian descent.

More isolationism and less trust erode international cooperation. The liberal school of thought in International Relations theory sees cooperation as the basis for international security and peace. CT’s could thus be a serious problem. Still, it is unknown whether state leaders and other deciding actors actually believe in CT’s. It is worth mentioning here that US Senator Tom Cotton gave the ‘Chinese made  virus’ theory more popularity since he explicitly linked the virus to being a secret bio-weapon programme in a conservative media outlet (Washington Examiner) [5]. This that at least some leaders ascribe to this theory. This could damage US-China relations further.

In short, conspiracy theories do form a risk for international peace and security in this regard. They can disturb relations between countries, both on a governmental level, but also between citizens. This can lead to a decreased willingness to cooperate in the future and more distrust.

Undermining democracy
On a more national level, CT’s are more dangerous in my opinion. They actively undermine government policy and erode trust in politicians, science, media and humanity in general [1]. The lack of trust in both the government and the media, the supposed watchdogs, indicates flaws within the social contract. Democracies are based on trust. Citizens allow leaders to rule because they believe that they will act in their interest. Democracy is also based on the idea that when this does not happen, the rulers can be voted out. According to many CT’s this is not possible and state leaders are trying to expand their power to prevent this. Trust in the government, media, science and democracy itself are gradually eroded by these theories. Conspiracy theories are essentially anti-intellectualist and anti-science, especially now since many scientists get degraded. This is harmful for international peace and security since it could destabilize countries.

How serious are these threats?
As stated in the sections above, there are some issues with conspiracy theories that could be harmful for international security. Still, it is not clear yet how large these threats are, they might seem somewhat exaggerated. Conspiracy theory believers, even if they are on the rise, still form a small minority in the general population. The theories are still in the obscurity and not too many people take them seriously. Moreover, the degree to which people believe in CT’s has decreased vastly since March. The amount of people that believe in CT’s was also overestimated by many initial reports [9]. Some authors claim that giving attention to the CT’s attributes to normalisation of these theories. It brings their rhetoric into the mainstream and gives these theories free advertisements. Coverage will only create more believers [10].

I would argue that even though the amount of people that do believe in CT’s is quite low, it is important to take them and their risks as stated above in regard. Many conspiracy theories mix claims from somewhat critical scientists with their own claims. Almost every critique against the government or the scientist can be spun into a conspiracy theory. In an age of fast spreading information, fake news can spread as fast as the virus itself. More frustration with lockdown measures for the second wave that is about to happen or already happening in many countries can boost the credibility of the CT’s again. Moreover, since so many details about the virus remain unknown, there is a lot of space for conspiracy theories to fill in these gaps on their own. Contradicting government policies, on national or international levels can over time also create a lot of unclarity among citizens. CT’s are very willing to address these contradictions and spin the events in their own narrative.

The wider danger with CT’s is how widespread they are and how many people actually believe in them. It points out a bigger flaw, people do not trust their democratically elected leaders, nor do they trust scientists and the media. All vital parts of stable democracies. Unstable and unravelling democracies are more dangerous to international security and peace compared to these conspiracy theories.