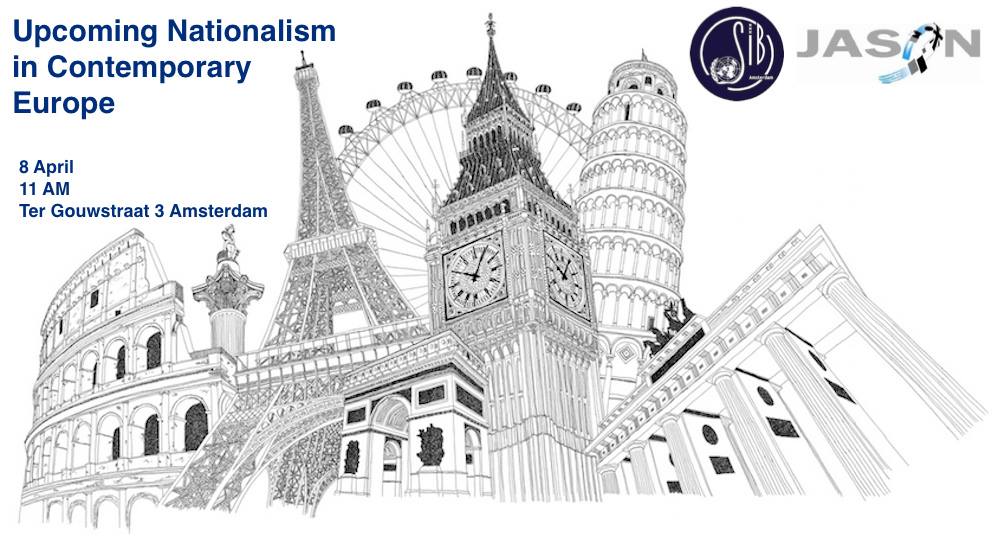 The conference started with an opening speech by Paul Tang, a Dutch politician (PvdA) and Member of the European Parliament for the Netherlands. While referring to the social capital theory of Robert Putnam, Tang argued that nationalism is two-folded. Whereas the ‘good’ type of nationalism may be bonding, the ‘bad’ type of nationalism is not bridging. But where does this ‘bad’ nationalism come from? According to Tang, contemporary nationalism in Europe is instigated by the increase of both economic uncertainty and the lack of trust in the political system and the society as a whole. These two developments are interrelated. Namely, since capitalism has changed the traditional role of employers dramatically, citizens are reconsidering their cultural identity. They are asking themselves: to who do I belong? Who will take care of me? With the fear of losing grip, people fall back on nationalism. Paul Tang ended his speech with the statement that with the recent Dutch elections, Dutch politics had further fragmented and had lost a large part of its bridging capital. He thus concluded that the ‘bad’ type of nationalism had won in the Netherlands.

The speech by Paul Tang was followed by a more interactive workshop by Albana Shala and Janine Terlouw. On behalf of Free Press unlimited, Albana Shala elaborated further on the opening speech. She argued that labelling nationalism as ‘bad’ would only feed the problem of fragmentation in European societies. According to Shala, nationalism is very much promoted by the media, social media in particular. Janine Terlouw showed how the promotion of nationalism through the media can be done. The conference participants were invited to play a game developed by DROG, a ‘platform for critical news consumers’. During this game, the participants had to compose a news article about a certain event. For many participants, this was an eye-opening experience. It became very clear that events can easily be framed in a way that serves your own interest. Moreover, the participants concluded that they themselves were living in a bubble, consuming only a specific type of news articles. This led to a fruitful discussion about how to reach the persons outside your own social circle.

After a well-deserved lunch break, the conference participants were ready for the next session: a very informative lecture by Laurens Minnema, senior lecturer Religious Studies at the VU University Amsterdam. Minnema elaborated on the history of religion in Europe and on the different social functions of religion, being the sacralisation of identity, communication and social cohesion. He portrayed different religion-state relationships in Europe, providing examples from Russia, Spain and Greek. It was a very interesting lecture, during which the participants gained new insights in the interaction between religion in politics.

The conference was concluded with a lecture on leadership from an evolutionary psychology perspective by Max Wildschut. Wildschut is one of the founders of the ‘Dutch Institute for Management and Evolutionary Psychology (NIMEP). He stated that when discussing nationalism, we are increasingly arguing from a moral position rather than on the basis of facts. How can we have a constructive dialogue if we are seeing the other as inferior? From this perspective, Wildschut argued that portraying the Americans who voted for Donald Trump as ‘stupid’ is a very arrogant act, which in fact keeps people like Trump in power. Moreover, he emphasized that NIMEP had predicted the election of Trump long before he was considered a serious candidate. This prediction was purely based on Trump’s facial features. According to Wildschut, when confronted with a sense of crisis, people will chose a leader with masculine traits. It was mostly this last claim that led to a lively debate among the conference participants.

Altogether it was a very interesting day, in which we gained many new insights in the concept of nationalism and contemporary societal challenged in Europe. We want to thank SIB-Amsterdam and all contributors to the conference for the pleasant cooperation!