Colombia and the Venezuelan migrant crisis 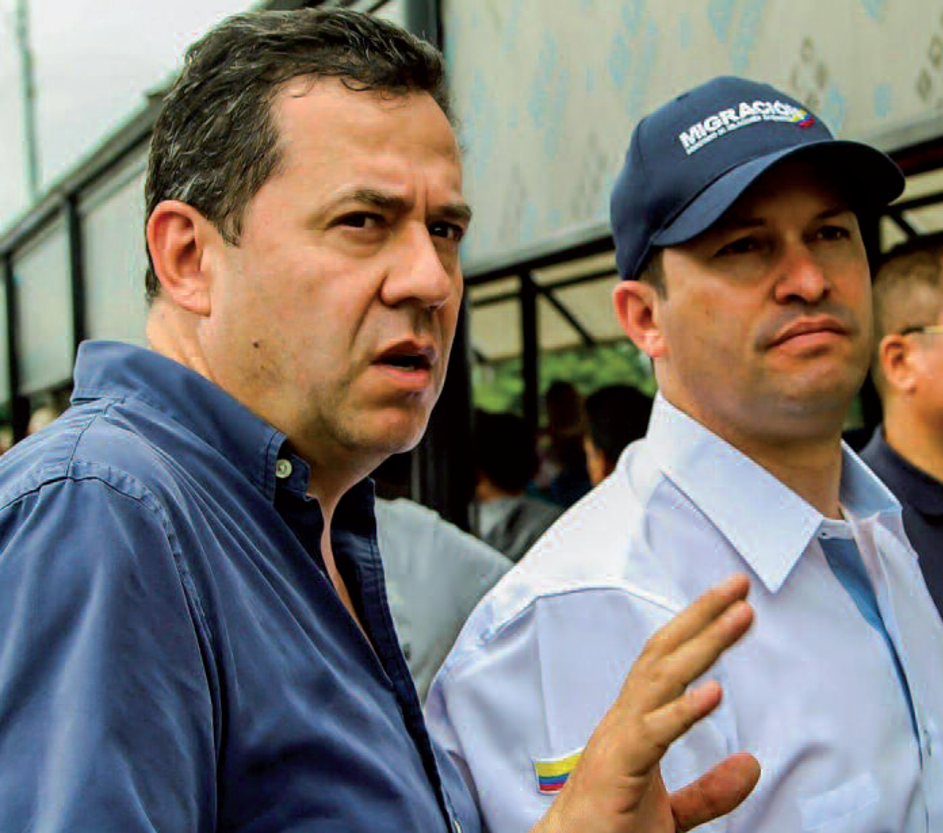 Political instability and socio-economic uncertainty have led over four million Venezuelans to leave their country in search of a better future. The largest recorded refugee crisis in the whole of the Americas has put tremendous pressure on the humanitarian response efforts of Venezuela’s neighboring countries. Most welcoming to Venezuelans by far has been Colombia. Meanwhile, international attention and aid for the crisis have been inadequate, according to Felipe Muñoz Gomez, adviser to the Colombian Presidency and manager of the humanitarian response to the Colombian – Venezuelan border. His office coordinates all national institutions and international responses and maintains continuous contact with local authorities. He has worked in this function under two consecutive administrations, those of President Santos and current President Duque.

Are we speaking about a refugee crisis or a migrant crisis?

“Some of the people that are migrating from Venezuela are in need of international protection. We have settled all the processes in coordination with the UNHCR office to give them the necessary protection. We have offered the majority of the people some way of regularization, for example the special temporary permits, which more than 600,000 people have obtained in the last two years. Some other people have decided to ask for the regularization process without a refugee status that not all countries in the region have. The majority are of course leaving their country as a consequence of very catastrophic economic conditions. We consider this to be a very mixed migrant crisis of both directions that has migrants and refugees, also Colombian refugees. Venezuela hosted more than three million Colombians that have fled from Colombia in the last twenty-five years and now some of these Colombians are returning. This is more complex than what is normally called a refugee crisis.”

Colombia has remained fairly open and hospitable to these migrants, while other countries have opted for a stricter response. What has caused this situation?

“In the last months it has become more complicated for Colombia. We respect the migratory decisions that every country has taken in the last few months, but we are asking for a more coordinated response. This is one of the objectives of the Quito process round of meetings; we are trying to maintain a certain level of technical coordination of the migratory authorities to allow the Venezuelans to flow into other countries. Just to give you an example, when Ecuador decided two months ago to ask for a visa for the Venezuelans, we had a peak of migration at the border in the south, more than five times the amount of people that we have on a normal day. Today, all of our shelters in Ipiales – which is a Southern city in Colombia at the border with Ecuador – are totally full of migrants who are waiting for a way to cross to Ecuador or Peru or to other countries. It’s complicated. We must try to maintain the capacity to coordinate the measures within our countries.”

How bad does it have to become before it will get better?

“I’m not sure, I think the beginning of the solution is absolutely to change the regime, that Maduro leaves power and all the people in the regime leave power. This is the first, not the only one, but the first and most important condition. Just to begin the recovery. This is the reason that the minister of Foreign Affairs and the President are really committed to continue to exert all the possible diplomatic, legal and international measures to pressure a change in the regime.”

In one of the OECD policy notes on the Venezuelan migrant shock in Colombia it was stated that “immigration not just implies challenges, but also opportunities.” Could you elaborate on these challenges and opportunities to your countries, both in the short and long term?

“The main challenges are the pressure and the social structure. We have now more than 200 kids in our border schools, Venezuelan kids, and in certain municipalities at the border it implies an increase of 200 or 300 percent of the normal number of students and of course it creates a lot of pressure in terms of infrastructure and in terms of teachers. But the most pressing sector is the health system. We have applied more than 1,5 million patients in the last years, most of the Venezuelans, especially kids. And of course, we need to buy more machines and our poly hospitals are under stress because there are not enough emergency rooms. Of course, we have a lot of challenges, especially for indigenous groups. We have discovered more than 14 different indigenous groups that have left Venezuela and crossed the border. They are now in Colombian territory and we need to attend them in a very specific… with a very unique policy. We have concerns about the sexual health. We have STD increase and HIV patients, but we have also opportunities for Colombia.”

“Out of the 600,000 people that we have regularised in the last years, almost 25% now have health insurance and are working. As far as we can include people in the labour market under economic conditions, we of course are expecting that it could create good benefits in economic terms. And the other thing is that we are obtaining demographic benefits, as the population from Venezuela is younger and even in some specific processes, they are better educated than Colombians.”

Do you see a role for groups like the FARC or the ELN in all of this?

“No, I think they have control on the other side of the border with the support of the regime of Maduro. It’s totalitarian and they impose on the migrants a heavy burden, because the majority of the 40,000 people who cross the bridge every day, come to Colombia just to take out their remittances that some of their family send from the United States or Europe and they buy the most basic things and they return. And when they return with some money or goods, the people of the FARC or ELN, who are protected on Venezuelan soil, they ask for some ransom from the people. The role that they are playing in the migratory crisis is absolutely critical for the migrants, but they have all the support from the Venezuelan government.”

That must make diplomatic relations between the countries very tough.

“Not only for that, but I prefer not to go into the diplomatic stuff. That is the job of the minister of Foreign Affairs. I don’t want to lose my job.”

Having done this job for more than two years, if you look at the situation now, do you envision any long-term policy solutions to deal with the negative effects of the refugee crisis?

“Yes, we are working on a two-sided policy. One side is the economic inclusion policy. The other is that the president decided that, with the support of the congress, just to give a special tax-free zone for the states that are on the border. In order to promote the current companies that will start in that zone and to create jobs, you can have less tariffs on your tax. This is another way we try to include economic and political migrants, to support specific states at the border that have historically been less developed than the rest of the country. And now with the migrant crisis, they are more heavily affected by the process. As a government, we must make certain rules for the companies there, but also tax incentives to promote companies to invest in those zones.”

You mentioned the issue of international aid before. During our research it became apparent that the crisis in Venezuela doesn’t get nearly as much attention as the crisis in Syria regarding aid. What are your thoughts on this?

“Yes, this is the case. I attended the international solidarity conference in Brussels with the minister of Foreign Affairs. This was not a pledging conference exactly; it was more of a solidarity conference. Anyway, there were some announcements, from Spain for example, and from Italy and the United States, but we are looking forward to the pledging conference that was announced at the solidarity conference in Brussels, which will take place next year in Europe. We definitely need more support. We have received less international support. We are really thankful for all the countries that have supported us thus far but we need more, because the process continues every day. Every day, we receive two thousand or three thousand people that have decided to stay permanently in Colombia. If you compare these numbers to, for example, the European migrant crisis in 2015, it’s critical. We need to almost double the international aid we have received in the last years.”