COLD POLITICS: A FASCIST RENAISSANCE ON THE STREETS OF BERLIN? 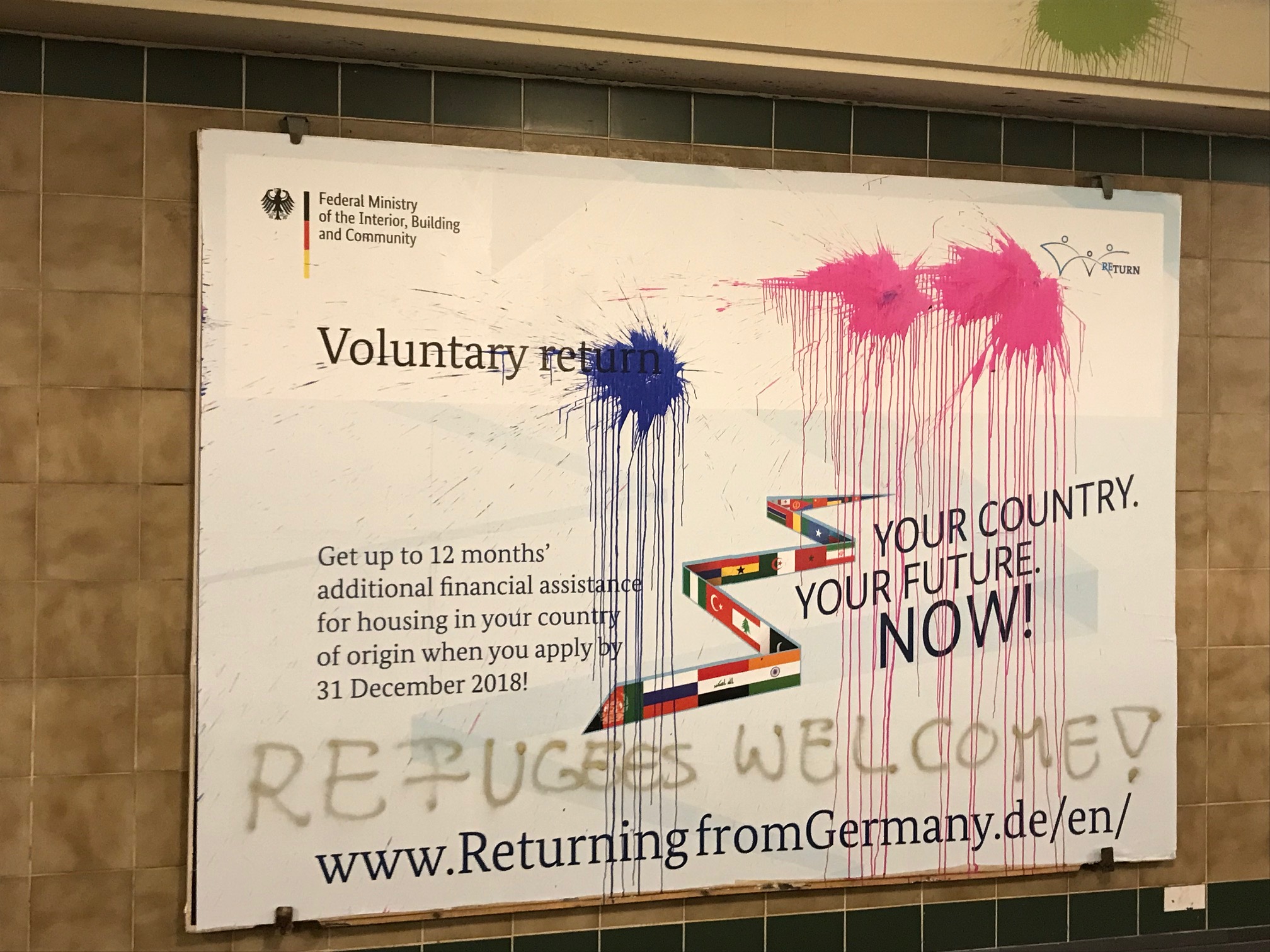 Today is Sunday, the 2nd of December 2018, and I am on my university exchange at Freie Universität Berlin, Germany. As the winter season is slowly but surely rolling in, the city feels gloomier and colder by the day. People increasingly opt for closed off bars and cafés rather than the open-air terraces or strolls by the canals, and only get out of the house for people they are close to rather than go out and about and be open to random encounters with yet-to-be acquaintances. (Political and social) reality is constructed and consumed from the comfort of living-room sofas, blankets and fireplaces — iPad in hand — rather than on the actual streets, and real social contact increasingly seems to be actively avoided rather than sought out.

This annually recurring pattern is a sad but apt analogy to the contemporary trends of regression to individualist, xenophobic and generally exclusionary politics, whether it be at the German-, Dutch-, EU-, Western- or world level. Physical environmental change during this season (such as the general drop in temperature, the omnipresence of rain and the early sunset) forces people to seek warmth, comfort and safety within closed-off, familiar spaces. Similarly, perceived hostile, ‘crises’ drenched narratives and nationalist politics are feeding into an experienced and lived fear of the other — an irrational fear of the unknown, unfamiliar and unrecognizable — a fear that, simultaneously and consciously, leaves some people out in the rain and thunder, whilst it motivates others to be on the defense. It is precisely that barrier to the other, that is to be blurred in contemporary times, if we are ever to reach full dignity, equal chances and equal access to means of life for everyone — if we are ever to counter the ongoing fascist renaissance.

Germany today is not the Germany of 10 years ago. Sentiments of anti-Semitism, general racism and ethnic nationalism — sentiments that would once have created sheer goosebumps on any German citizen aware of their nation’s history — seem to have regained a legitimate place in common parlance and present-day politics. The rise of the fascist Alternative Für Deutschland (AFD) party in the German Bundestag and violent mass protests against immigration by far-right nationalist groups in Chemnitz are but two recent examples of a hardening discourse around belonging, citizenship and German national identity.

To then escape self-positioning in this increasingly polarized discourse is nearly — if not completely — impossible in such a politically engaged city as Berlin. Most bars have signs out stating that ‘racist, sexist, trans- and homophobic assholes are not welcome’ and it is not a rarity when restaurant menus come with a disclaimer that ‘suspected Nazis will be kicked out of the restaurant’, whereas newspapers will keep you updated on new extremist right-wing attacks somewhere in the country nearly every week. Living in ‘Problembezirk’ Neukölln (a district of the city that mostly houses an interestingly diverse mix of Berlin’s refugee-, queer- and student population) accounts for countless interesting situations too. On my way to meet a friend I will walk past two men holding hands and witness a man (speaking the Syrian Arabic dialect) aggressively shout at them that ‘this is not Schöneberg’ (a district historically known to have a large queer population), whilst on another day I will walk along a massive protest by Berlin’s queer citizens, vocally fighting for and protecting immigrants’ intrinsic and basic human rights. Female fitness studios that were especially built to offer a safe space for (mainly Muslim) women to work out without a male gaze are targeted with bricks and paint by self-proclaimed neo-Nazis, whereas all-female, feminist cafés that deny entry to men are celebrated and interpreted as being liberal and the way forward.

Ours are confusing times. Some will say they are times in which nothing is allowed anymore. ‘No joke is allowed, everything is being taken away from us, our traditions are at stake.’ I would like to re-imagine this sentiment and instead pose that we live in times in which societal groups that were never offered a place at the table, identities that were never seriously listened to or constructively talked with, are now claiming the spaces they deserved all along. These spaces are then utilized to discuss and uncover issues of power relations and the consequential problematic societal structures that these people come across in their daily lived experiences. This inevitably forces others to perform introspection and to come to conclusions about our personal behavior that might not be that appealing. Listening might help us realize that our past behavior has unintentionally been detrimental to ‘other’ people, and that we perhaps were less of a ‘good person’ than we thought we were. Above all, listening might offer us the opportunity to indeed learn to be more inclusive, intersectional and generally aware when making decisions that will influence others. It isn’t very much a question of being ‘good’ or being ‘bad’, doing politics well or doing it badly, of being a left- or right-wing fanatic. It is a question of basic human morality, of human-to-human respect and of very much needed solidarity. It is a question of willingness to adapt.

A Dutch word that has always caught my interest because it does not have the same felicitous connotation in any other language I know of, is the word samenleving (literally translated as ‘living together’, strictly translated as the English word ‘society’). It encapsulates that what I truly believe is the way forward — living together in a way that is always and unconditionally socially aware, caring and above all act in such a fashion that our behavior and decision-making creates positive synergy. People who live together make the rules together, and it is high time we all accepted that —both in summer and in winter.