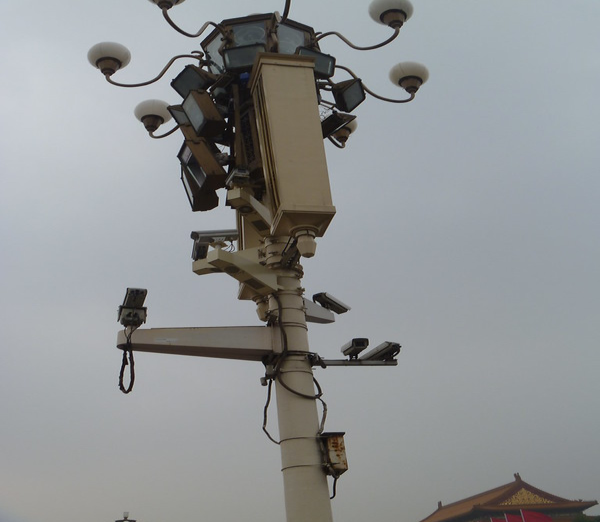 Introduction
China has been the frontrunner in the race towards developing surveillance technology with the help of artificial intelligence (AI). The collection of massive amounts of biodata from ethnic minorities[1] in Xinjiang played a significant role in the achievement of this position. The Chinese government collects all biodata it can get its hands on in the region, from fingerprints to facial scans, in order to better monitor the local population. This has enabled Chinese companies to gain access to massive amounts of data, which is crucial when developing AI surveillance technology. These companies now seek to conquer the world market of AI-inspired surveillance technologies. Unfortunately, authoritarian regimes throughout the world welcome this technology because it allows them to suppress opposition. In this article, I will analyse China’s export of AI surveillance technology to authoritarian countries and how that technology is being used to suppress opposition.

China’s dominant position on the global market
A report[2] from the Carnegie Endowment for International Peace singled out China as a global driver of “authoritarian tech.” Major Chinese companies – Huawei, Hikvision, Dahua and ZTE in particular – export AI surveillance technology to over 60 countries. There are three types of surveillance technologies that are especially relevant. These are smart cities (cities with sensors that transmit real-time data in order to provide more adequate services), facial recognition technology, and “smart policing” (the police using large data sets to facilitate investigations). Chinese companies are leading global exporters of each of these technologies. In fact, around 30% of all global video surveillance revenue[3] is collected by just three Chinese firms – Huawei, Dahua, and Uniview Technologies.
How has China obtained this dominant position in the global market? First and foremost, the authoritarian nature of China’s regime has fuelled the development of AI surveillance technologies domestically. The country’s political elites want to control the movement of their citizens as effectively as possible, which requires a vast surveillance apparatus. Secondly, authoritarian regimes throughout the world have been inspired by the Chinese brand of authoritarianism and by the way in which the Chinese government controls its population. Authoritarian countries as diverse as Venezuela, Uganda and Iran have all procured AI surveillance systems from Chinese companies.
Western companies have also supplied high-tech AI surveillance systems to authoritarian regimes, most notably to Saudi-Arabia[4]. We should not close our eyes to the fact that Western companies essentially ignore human rights violations just like the Chinese do. However, these companies are more at risk of facing a public backlash at home and therefore have to act with more caution abroad. Chinese companies do not face these sorts of restrictions, as both the Chinese government and its population do not value the promotion of human rights. This gives them a competitive edge over Western companies in the global market.

AI surveillance technologies and the suppression of opposition
China’s dominant position on the global market has led to criticism about its role in the repression of opposition throughout the world. Although Huawei and other companies have vehemently denied these allegations, there are some cases in which their technology facilitated clampdowns on opposition forces. I will outline two examples here to illustrate my point.
In Uganda, Huawei was awarded a 126 million dollar contract to install a CCTV (video surveillance) system throughout the country. Although the Ugandan police forces were enthusiastic about the system’s potential to slash violent crime, opposition politicians were afraid that the system would be used to track them down and suppress opposition. Considering the fact that Ugandan President Yoweri Museveni has been in power since 1986 and is seeking to be re-elected in 2021, I do not blame them for having this suspicion. This fear was reinforced when technicians working for Huawei allegedly[5] helped the Ugandan government to hack into the WhatsApp account of musician and prominent opposition politician Bobi Wine. Afterwards, the Ugandan police raided an event where various opposition speakers, including Bobi Wine, were arrested. Until now, Huawei has denied its involvement in the hacking of Bobi Wine’s phone.
Ethiopia is another case in point. Before Nobel-prize winner Abiy Ahmed Ali was elected as prime minister in 2018 and the opening up of the country’s political space, Ethiopia’s regime was incredibly authoritarian. From the year 2000 onwards, ZTE started supplying surveillance technology[6] to the Ethiopian government. The technology provided by ZTE was an integral part of the surveillance capabilities of the Ethiopian government. It was widely used to suppress dissent and led to an erosion of fundamental democratic freedoms such as the freedom of expression.

What will the future bring?
The export of Chinese surveillance technologies to authoritarian regimes has far-reaching implications. First of all, artificial intelligence enhances a regime’s possibility to monitor its population more effectively. In an authoritarian context, this means, in my view, that fundamental freedoms will come under further pressure. Vulnerable groups, such as ethnic minorities, are especially at risk. The creation of an authoritarian surveillance state in Xinjiang is the perfect example of this.
Furthermore, it is unclear in many cases who will control the data generated by these surveillance systems. Will local governments have the final say about what will happen to this data or will Chinese companies gain control over it? Considering the fact that data is a crucial asset in the world economy, this is a fundamental question that is often not properly addressed. China would be able to increase its standing in the world if it could gain access to massive databases abroad.
Lastly, how should “we”, the West, react? As mentioned before, Western companies already export AI based surveillance technology to authoritarian countries. This makes it more difficult to criticize the Chinese for doing the same thing. Should we set our democratic values aside when exporting these systems to keep up with Chinese exports? Or should we prohibit Western companies from exporting AI based surveillance technology to certain countries? The way this dilemma will be addressed by Western governments will fundamentally shape the world system as we know it in the future.