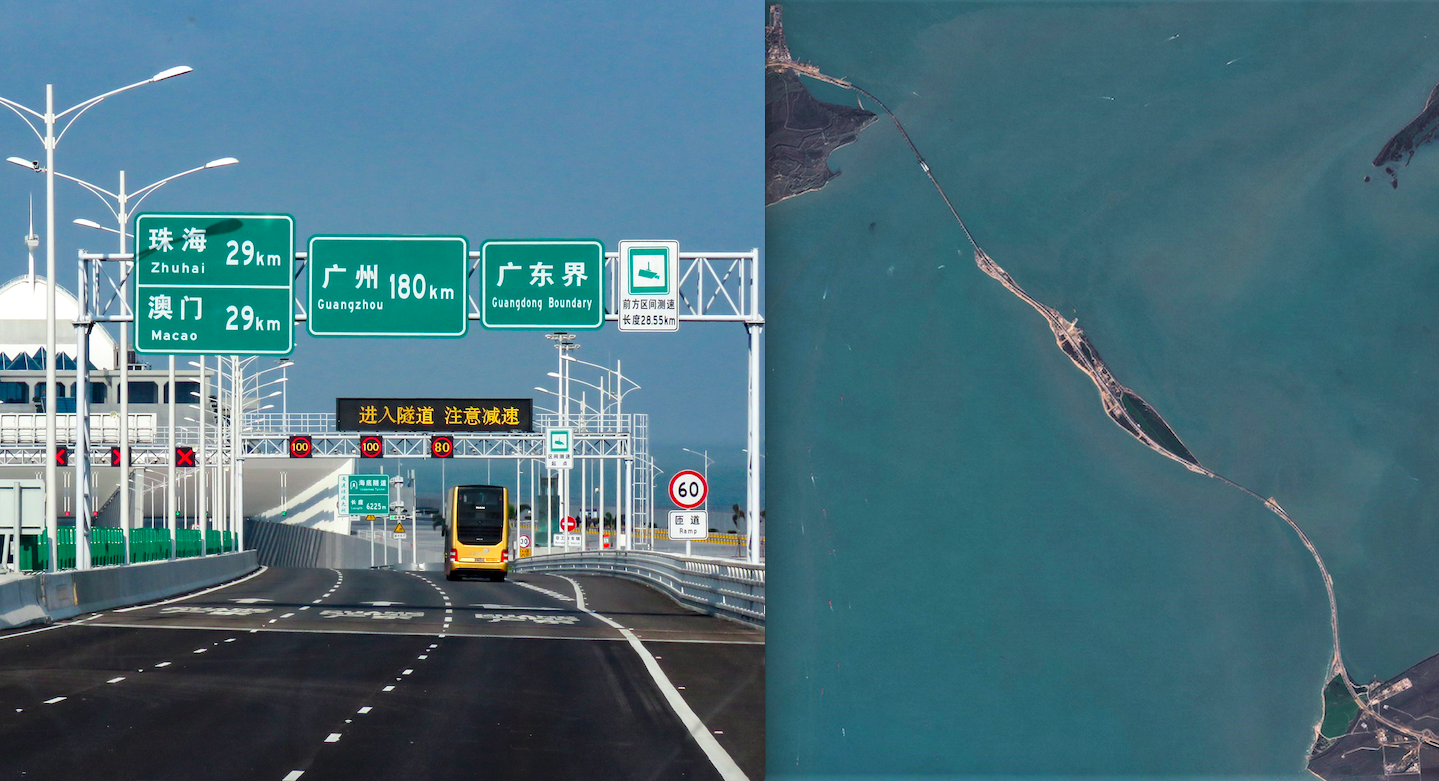 Examining the geopolitics of infrastructure

We all know the symbolic function of ‘building bridges’, it could easily be the theme of a political conference about regional integration and cooperation. This Sunday Read, however, focuses on the completion of two sea bridges in 2018, the biggest of their kind. One in Europe, connecting Russia’s Krasnodar region with the Crimean peninsula by crossing the Kerch strait. The other is the longest bridge in the world and connects China’s Guangdong province with Hong Kong and Macau. Both projects have come at extraordinary cost in terms of budget, engineering and human sacrifice. The question arises for what reason these projects were realized. Besides infrastructural and economic interests, this article will show that the leaders of Russia and China have personal interests in using the bridges to further their political and geopolitical agendas. These interests involve, among others, political unity, power projection and controversial territorial claims.

The original budget for the Crimean bridge was set on 228 billion ruble ($3.7 billion). However, the New York Times has reported that the actual cost is closer to $7 billion. Either way, the construction took away a large part of the infrastructure budget that was supposed to be used throughout the Russian federation. The project was highly demanding and challenging, due to natural conditions. Mountains on both sides resulted in strong winds channelling through the Strait. Moreover, the area surrounding the Strait is prone to earthquakes. The sea bed consists of 80 meters of fine silt, which is not ideal for supporting heavy load projects. Above all, the deadline for completing the bridge was so tight that none would dare to take the job. Failing the contractor simply meant failing Vladimir Putin himself. Why did the Kremlin take interest in a project that was so risky?

The same goes with the idea of integrating the Special Administrative Regions (SARs) Hong Kong and Macau with the mainland province of Guangdong and the cities of the Pearl River Delta that was mentioned in the 13th Five-Year Plan in 2016. The eventual bridge was 55km long and has costed a reported $20 billion dollar. However, the cost of the bridge is higher than any sum of money might suggest. During the construction of the bridge, 20 workers lost their life and about 500 were injured. To local Hong Kong citizens, the bridge seems to miss a purpose, there is little demand for the project. Moreover, there are quicker ways to mainland China, for example by taking the new high-speed-railway to Shenzhen. Therefore the same question remains: what makes this project so special that it is so strongly demanded at such a high cost?

What stands out when comparing the projects is that both were initiated and strongly backed by the central government. Both president Putin and Xi took a personal interest in these project, but for what reason? The answer to this can be found in the ‘troublesome territories’ that are being connected by the bridges.

In the case of Crimea, the bridge creates a physical connection between Russia and Crimea. The seizure of the Peninsula in 2014 was strongly condemned by the Western world. The bridge can be seen as cementing Russia’s claim to the Peninsula. The Ukrainian president Poroshenko stated that the ‘illegal construction of the Kerch bridge was the latest evidence of the Kremlin’s disregard for international law’. In Russia, the project is seen as Moscow restoring its rule over a historically Russian region and reunifying the Crimean peninsula with the Russian mainland.This project was never intended to serve the will of the Tartar people or deepen the economic integration between Crimea and Russia. President Putin made no secret of the real purpose the bridge served: ‘The matter is closed and Crimea will never be returned to Ukraine again’.

In the case of China, the bridge aims to symbolise the unity between the people of Hong Kong, Macau and China. This reminds everyone that these territories should not aspire total independence and will never be allowed to pursue independence. One must only look to Nepal or Taiwan to see how Beijing reacts to aspirations of independence. A long period of occupation and colonisation by the United Kingsdom and Portugal caused the identities of people living in Hong Kong and Macau to differ from identities on the mainland. In the case of Hong Kong, people speak a different language (Cantonese and English), have a different currency, law book and judicial system. To the central government, the bridge has one main purpose: not to benefit Hong Kong but to tie it to China under the disguise of an economic project, “personally planned, mapped out, and promoted” by Xi himself. Pro-democracy Hong Kong lawmaker Kwok Ka-ki speaks of deliberate actions to ‘blur the border between Hong Kong and China’. Under the ‘one country, two systems’ principle, Hong Kong is allowed autonomy and a democratic governing model. However, the current project erodes the boundaries separating these territories from mainland China. This is perceived as the central government not respecting the special status these cities have.

Building bridges, opposed to what it sounds like, has proven to fit nicely within the strategy of authoritarian leaders. These mega projects are not used solely for economic purposes: they symbolise political unity, allow for coercive power projections and help tightening control over ‘troublesome territories’. Whether the case of Crimea leads to frustration of the international community or in the case of Hong Kong and Macau to frustration of its own citizens, one thing appears certain: president Putin and Xi have found a way to cement claims without directly involving tanks, soldiers and guns.