BOOK REVIEW: ARMS AND THE DUDES 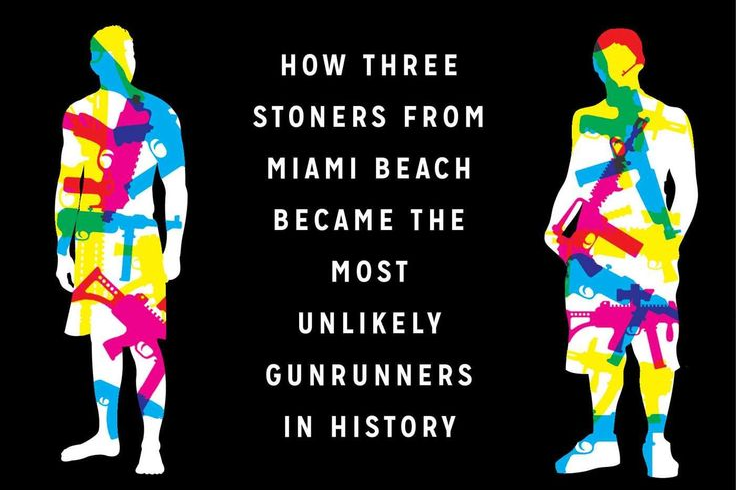 Title: Arms and the Dudes: How Three Stoners from Miami
Beach Became the Most Unlikely Gunrunners in History

As a disclaimer I must inform our readers that this book nor the movie it spawned is very new. However, I decided to write this review since I, as a student of international relations, found the book gripping and terrifying at the same time. Sometimes reality is more bizarre than any mind can imagine. It’s a truth that must have passed the creators of the Hangover franchise many times when they tried to turn investigate journalist Guy Lawson’s book Arms and the Dudes into a Hollywood production.

Lawson has written down the story of three Miami stoners who in the first half of 2007 seek to complete a 300 million dollar arms for the Pentagon in order to supply the Afghan army in their fight against the Taliban. The story of Efraim Diveroli, David Packouz, and Alex Podrizk, who Lawson refers to as the ‘dudes’, invoking a strong likeness with the clues less loveable stoner from the The Big Lebowski, takes the reader along ride past corrupt heads of state, Kafka -esque bureaucracy, military incompetence and the daily despair of geopolitical struggle.

When Efraim Diveroli decides in 2005 at the tender age of 19 that he wants to become the biggest arms dealer in the world, already picturing himself as the new Lord of War. He starts his own arms company AEX and starts bidding on military contracts the Pentagon puts on Fezbizopps.gov [1], an open website on which almost every American citizen can compete to secure military contracts and which actually favors small business and more importantly low prices, a product of the warped free market ideology of the Bush Administration. As Diveroli discovers quickly, it is much more profitable not to adhere to ethical guidelines since it is the price that matters to the Department of Defense.

The Pentagon does not actively screen who wins the contract or where the ‘products’ (everything from sanitary goods to anti-tank grenades and AK-47’s) come from. It wants the deal delivered and Diveroli and his AEX deliver. Until AEX inevitably runs into trouble by trying to conduct a shipment of weaponry for $300 million to the war effort in Afghanistan and the three business partners are stuck as pawns between the U.S. government and international arms dealers

However, the most stunning parts of this book are not about the almost comical ignorance of the three dudes about the international arms trade. No, it is the incompetence, carelessness and cowboy mentality by what should be the responsible forces that again and again are showcased in the book.

The embargo on Chinese manufactured weapons is a case in point. While the Pentagon is heavily relying on the cheap Chinese munition to supply Afghan troops in their fight against the Taliban, the State Department has issued a ban against the buying of Chinese ammunition. But the Department of Defense still needs cheap ammunition which leads to arms dealers such as AEX to search for alternative sources, sources who are more corrupt, unreliable and with no regard for human life, not for American soldiers or their own employees.

And while the three young businessmen are eventually jailed for their dip in the international arms trade, the system has not changed. Private businesses can still bid on arms contracts and no strict control is in place to prevent another AEX catastrophe, or worse. The book’s portrayal of the ease with which the international arms trade operates free from rules and control and is even encouraged by the largest military force in the world makes this book a very gripping read for students of international relations.

[1]At the time of writing the site is still operational. Almost 40,000 contracts are open to bid on online, ranging from cleaning equipment to helicopters and grenade launchers.