Bellingcat, truth in a post-truth world 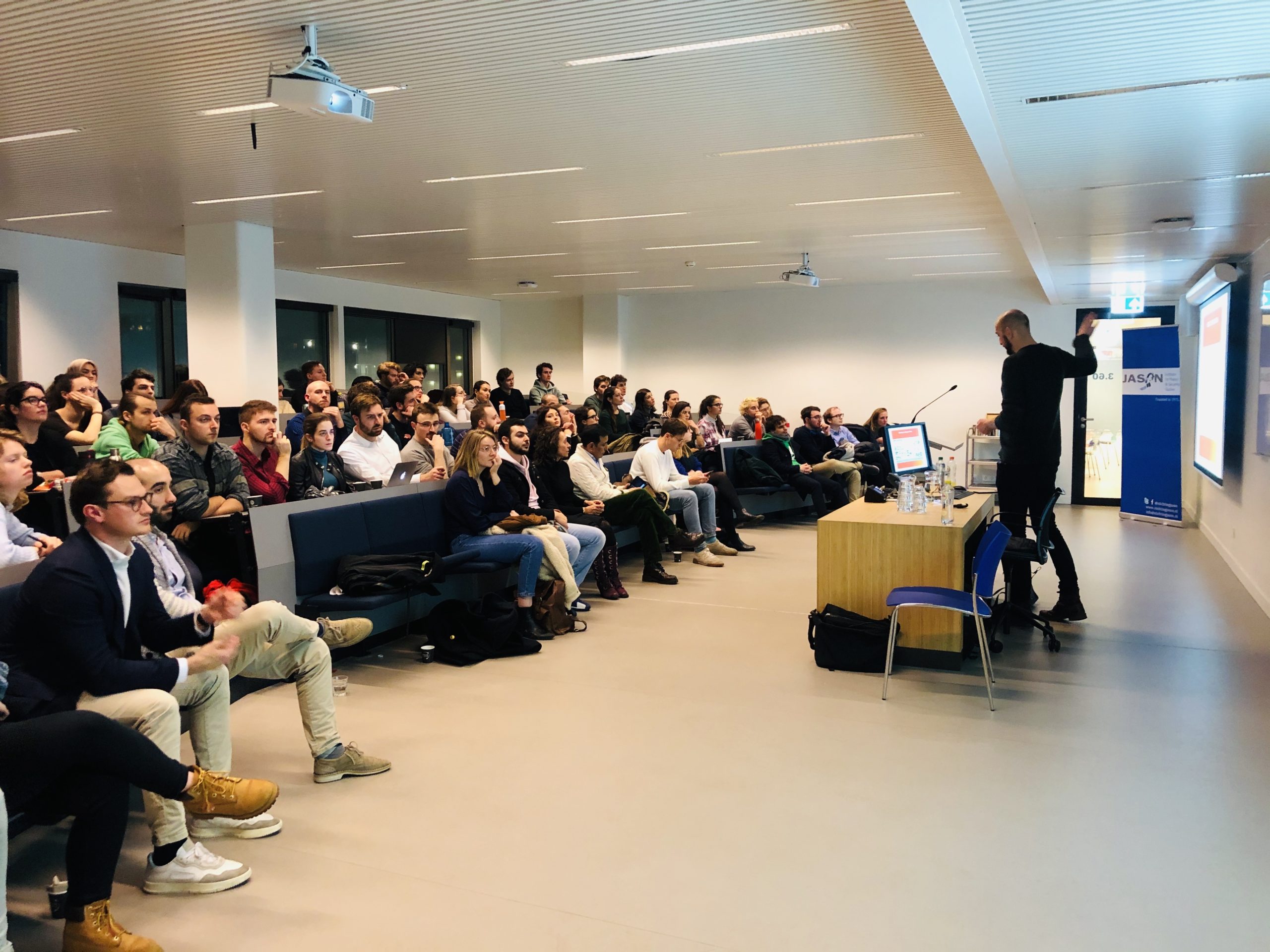 The first guest speaker of the evening was Dessi Lange-Damianova, who is the business director and treasurer at Bellingcat, and gave us a more general insight into the complexity of the organisation. She not only explained how Bellingcat came to life in July 2014 but furthermore gave a great glance on how it actually conducts its daily business, while also showing how the organisation is the connection point for different topics and investigative researchers who operate in a unique fields where advanced technology, forensic research, journalism, investigations, transparency, and accountability come together. Notable to the presentation was that Bellingcat in its core uses various innovative approaches to access publicly available data while taking advantage of citizen journalist analysis, which is particularly significant for pinpointing issues and advancing narratives of conflict, crime, and human rights abuses all over the globe. However, very important to the organisation of Bellingcat is that they work with a source verification process that is built on multiple source identification, meaning these innovative investigative approaches are covered by a multitude of factors; articles are never based on a single source. Built upon a international network of independent researchers, investigators and citizen journalists using open source and social media investigation to probe a variety of subjects, Bellingcat was able to produce various reports on recent global issues, such as the MH17 or the Syrian Civil war in coordination with partners and allies in the field, while trying to bring the actual truth of governmental affairs and global as well as local incidents to light.

After this elaboration on the workings of the Bellingcat and how they facilitate and push investigative journalism, the second speaker Wim Zwijnenburg took over, who talked about the use of earth observation and open-source information to monitor environmental dimensions of Armed Conflicts. Wim Zwijnenburg is the ‘Programme Leader Humanitarian Disarmament’ at PAX, which is a non-profit, non-governmental peace organisation working together with committed citizens and partners to protect civilians against acts of war, to end armed violence, and to build a just peace. In his presentation, he mainly introduced the listener to various innovative approaches on how to conduct research regarding conflict-related environmental damage. Due to the combination of existing and new technologies (the use of smartphones, social media, official governmental datasets, mapping and monitoring of environmental sites), it is nowadays possible to adapt a multi-dimensional framework of data collection in order to present and report on verified conflict pollution and environmental damage. While familiarising us with the extensive multitude of open source information tools – ca. 150 based on social media, blogging, webcams, geospatial data, radio, movement maps & image forensics – he also provided us with examples of satellite imagery and air quality control remote systems. With this, he was able to identify makeshift oil structures or oil spills in Syria or South Sudan and confirmed through a ground verification imagery of a journalist or a social media post to determine pollution or toxic waste affecting the population. Finishing with a vision on the future use of OSINT for environmental monitoring he concludes that one needs to apply all tools available to your area of interest to collect information and search for new ones while reaching out to people and research communities working on specifics subjects. OSINT does/will help identify & verify specific environmental issues if the OSINT data is connected with stories from the ground. However, most important is to share what you learn and outline your methodology so others can learn from you – this will maximize the impact of OSINT Data.

Following Mr. Zwijnenburg’s remarks, we then film screened the recently released Bellingcat documentary “Truth in a Post-Truth World”, which explored the promise of an open-source investigation and took the viewers inside the exclusive world of the “citizen investigative journalist”. In cases ranging from the MH17 disaster to the poisoning of a Russian spy in the United Kingdom, the Bellingcat team’s quest for truth showed the fight for journalistic integrity in the era of fake news and alternative facts.

In the end, attendees were able to ask questions to both speakers. Important issues were addressed by the students, such as problems with single-source verification or the proper use of OSINT tools. After giving straightforward answers to all the ’ questions, the speakers ended with a welcoming note of joining Bellingcat – even though one is not an expert – and how important it is to further strengthen investigative research in order to shed light on the overall truth.