AT THE HEART OF MYANMAR’S PEACE PROCESS: DDR, SSR, OR BOTH? 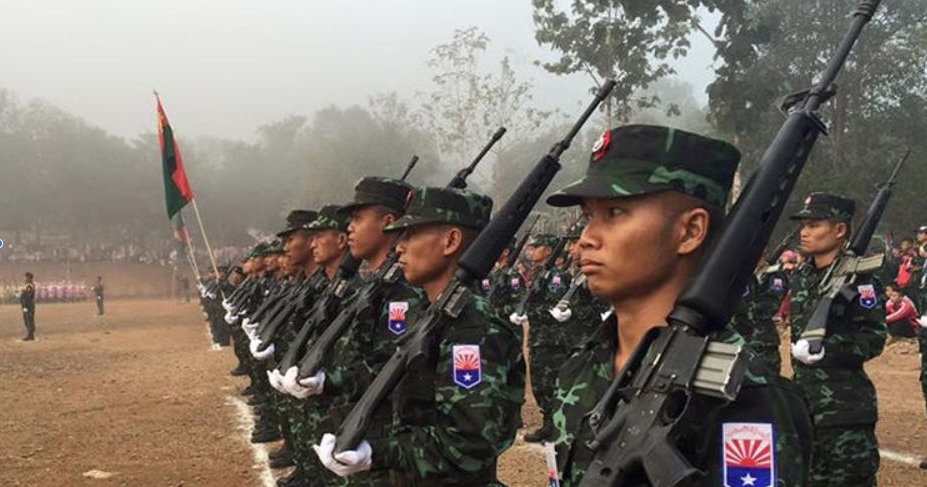 As Myanmar readies itself for the third 21st Century Panglong Peace Conference scheduled this May, a critical debate about the future of the country’s security sector appears to be at the heart of the ongoing negotiations. A particular contentious topic that generates a heated debate between the ethnic armed organizations (EAOs) and the Myanmar military (Tatmadaw) is the discussion on disarmament, demobilization, and reintegration (DDR) and security sector reform (SSR).

The discussion stems from the Nationwide Ceasefire Agreement (NCA) negotiations, during which both parties agreed to establish a dialogue framework including negotiations on a dual DDR/SSR process, in the NCA referred to as ‘security re-integration’ [1]. Throughout the negotiations, the government maintained that security re-integration means DDR, whereas EAOs advocated for a more holistic approach encompassing SSR aimed at the formation of a Federal Union Armed Forces ensuring ethnic nationalities representation and power-sharing mechanisms [2]. The Tatmadaw, focusing on modernization rather than root-to-branch reform, envisioned EAOs simply disarming or coming under its command [3]. Today, EAOs demand a political dialogue defining the parameters of federalism in Myanmar followed by SSR and subsequently DDR, while the Tatmadaw prioritizes DDR and presses for immediate disarmament prior to a political dialogue [4].

EAOs thus far refused to enter a unilateral DDR process, fearing this would be synonymous to surrender. True or not, their main suspicion is that the Tatmadaw is not sincere about resolving the conflict politically and aims to neutralize them to take control of their territories. EAOs established parallel governance structures and enjoy considerable control over ethnic territories and peoples. Disarmament thus seems an unattractive option before a comprehensive political settlement is reached [5]. Yet, demilitarizing these areas and normalizing governance and security provisions is vital to achieving sustainable peace. What would a transition to a more federal security sector look like and how could EAOs be incorporated? This requires conceptual clarity on the tools at hand: DDR and SSR.

DDR encompasses a set of processes that demilitarize post-conflict societies and transition combatants into civilian life. Disarmament refers to the removal and destruction of weapons from combatants and civilians. Demobilization involves disbanding military command structures and their units as well as downsizing the armed forces. Reintegration is the long-term process of absorbing combatants into licit peacetime economies by providing alternative livelihoods and employment opportunities [6,7,8]

During peace negotiations, the discussion on DDR is generally a sensitive one as armed groups do not want to disadvantage themselves by demobilizing their troops. DDR requires a high level of trust that the parties involved will not break the ceasefire. Consequently, negotiating parties are unlikely to disarm until the peace process has provided a credible commitment to peace and some benefits that were demanded from the outset [9]. In Myanmar, it is likely that only after a political settlement towards federalism is reached and the peace agreement is signed the process of DDR among EAOs becomes realistic.

DDR’s success largely depends on the credibility and viability of the relevant peace agreement, the implementation environment, mechanisms for monitoring, verification and third party guarantees, and the degree of local support and ownership including conflict parties’ involvement in the planning, implementation and monitoring of DDR processes [10]. DDR is most successful when it is conflict and context sensitive, responsive to the needs of the different groups involved, and embedded in a larger peacebuilding process. DDR thus requires sufficient funds, especially for the reintegration phase. Poor implementation and a lack of ownership or support can inflame perceived insecurity and generate new tensions [11].

Effective reintegration is particularly important as it prevents ex-combatants from engaging in illicit activities or remobilizing for lack of alternatives [12]. Some scholars argue that Myanmar’s context calls for a more flexible sequencing of DDR starting with political and economic incentives for reintegration and ending with disarmament [13]. This so-called ‘third-generation DDR’ or ‘RDD’ reverses its conventional sequence to adapt DDR to specific contexts [14]. Prioritizing reintegration before demobilization and disarmament can be advantageous when the political will for disarmament is lacking [15]. Combatants that are suspicious and insecure about demobilization can gain an added sense of security when they do not completely disarm before the political settlement is fulfilled [16]. Reintegration incentives, including non-material incentives such as political recognition, can also catalyze peacebuilding efforts and persuade financially motivated combatants to commit to the peace process [17]. Besides economic integration, experience shows that military integration can be a way to create stability and ease the transition to civilian life [18].

While DDR is generally a first manifestation of attempts to deal with immediate post-conflict security concerns, SSR involves long-term processes to install an efficient and effective security sector within a framework of democratic governance. Indeed, SSR refers to a comprehensive, holistic reform of all sectors involved in the security of a country and its citizens. SSR thus has wider implications than DDR as it involves reforming a country’s defence apparatus including its military, police, judiciary, and relevant ministries [19]. Its objective is to enhance civilian control and democratic accountability of a country’s security sector which can prove vital for political stability. Myanmar’s security sector does not only encompass government security agencies, such as the Tatmadaw and police, but also all EAOs and their security wings.

Compared to DDR, which is relatively easy to manage and generally takes a few months, SSR can take years, is resource intensive, and is difficult to operationalize. Like DDR, it involves a political process that requires collaboration with all conflict parties as part of a larger peacebuilding effort, as well as a high degree of local ownership [20]. When implemented properly, SSR can consolidate a country’s rule of law by creating a balanced and effective security sector with a clear understanding of its objective and significant local support and ownership. Additionally, SSR can professionalize the security forces, build civilian-led security sector institutions, and establish transparency in the security sector’s legislative and executive branches [21].

It is not uncommon that SSR involves the direct employment of ex-combatants in different security sector branches. Some scholars argue in favor of this approach in the context of Myanmar, as it would create de facto power-sharing mechanisms and dampen perceived insecurity [22]. This could involve integrating EAOs into national and regional police branches as well as into local level policing. Additionally, shared control of the judiciary and local level justice systems could be conducive for long-term stability [23,24]. Such an approach could meet EAOs’ calls for state-level police and defence forces, representative of the respective ethnic group. It may also fit broadly with the Tatmadaw’s seeming openness to EAOs playing a security role in local communities and to recognizing their role in law enforcement in their respective territories. Nevertheless, differing views regarding the exact distribution of powers and command hierarchy remain. While EAOs perceive such options as a means to keep protecting their territories, the Tatmadaw views such options only feasible if EAOs commit to solely serve the central government [25].

SSR is often linked with DDR as both tools are interrelated and can be mutually reinforcing [26]. Both aim at consolidating a state’s monopoly of force to uphold the rule of law, and both can determine the long-term success – or failure – of the other. If done properly, sequencing DDR and SSR could reinforce the peace settlement and foster mutual trust encouraging further disarmament and reintegration. Additionally, security sector governance through SSR includes programs that create alternative employment for ex-combatants, preventing them from becoming insurgent or joining criminal activities. DDR can also function as a tool within a broader SSR framework which may be more attractive to EAOs that are suspicious of DDR efforts [27].

Despite these linkages, integrating DDR and SSR can be difficult in practice. Both processes are highly political and changing power structures in conflict-affected societies is complex. Unaddressed grievances of ex-combatants can challenge successful reintegration and security sector reform, and the degree of local support or ownership may vary for DDR and SSR. For instance, local communities may welcome the disarmament of combatants but not their inclusion in new security structures, especially when there are high levels of distrust of the police and military due to past atrocities. Programmatically DDR and SSR can also be difficult to synchronize due to their different objectives and time frames [28].

Nonetheless, DDR and SSR will undoubtable be a topic of debate during the upcoming peace talks. This raises crucial questions: should EAOs be integrated into existing security structures, or should the security sector be holistically reformed creating new avenues for integration? Should combatants be integrated alongside former adversaries or into segregated units? Whichever direction the parties agree on, each path will have significant political and practical implications.