An examination of the politics of limited transparency 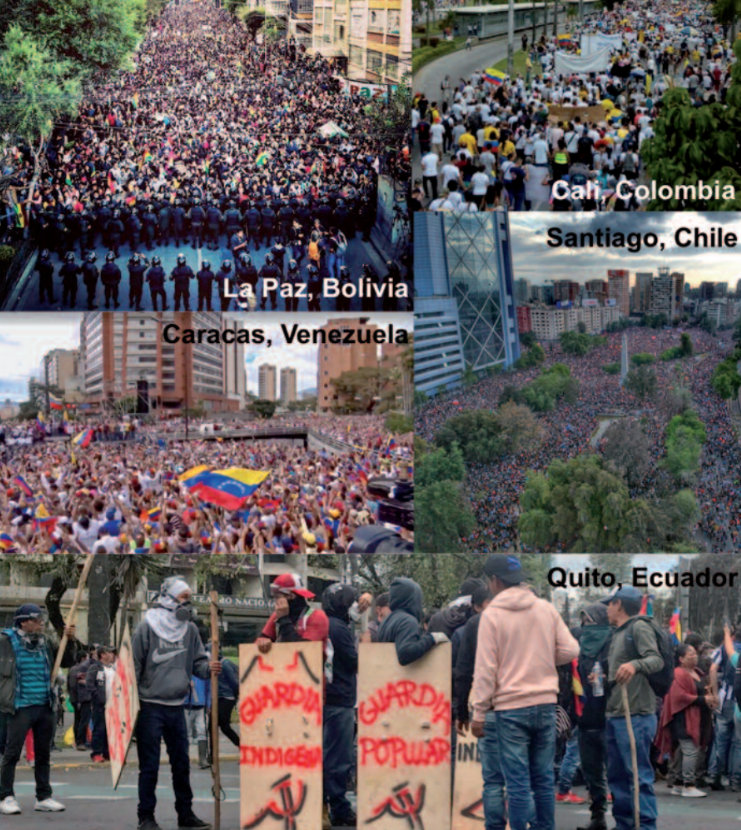 The region we today call Latin America developed into its current form largely during the Colonial Period, with Spain and Portugal as the main actors from 1492 to 1826. Within this timeframe, Spain and Portugal managed to wipe out the native populations in many countries, prohibiting much of their culture and using only those aspects that served the advancement of Iberian culture, rather than preserving and developing what already existed in the region. Iberian colonization was aimed at exploitation rather than development.[1] The power structures installed inherently benefitted the colonizers, granting the conquistadores all the benefits.

These power structures laid the foundation for the ‘elitism’ that was later to take root throughout the entire region. Specifically, the colonial system worked on the bases of haciendas and encomiendas, serving a few, at the expense of many. This structure almost always resulted in the conquistadores owning land and having the local population or ‘imported population’ (generally African slaves) to work the lands and establish an economic model aimed at exploiting the workers and amassing large profits.[1]

The colonizers exploited not just the indigenous populations but also their natural resources, by setting up mining operations and plantations to extract valuable minerals and produce that could later be exported to Europe and sold at a significant profit. Within this system of colonization there was often a ruler who portrayed themselves as a strong leader, paving the way for the so-called ‘machismo culture’ throughout the region, a culture revolving around strong masculine figures.

The colonialists’ preference for exploitation over development severely impoverished the region, and thus after the 1808-1826 War of Independence many countries found themselves struggling to find their own identity and progress.[1] It has been argued that Latin America was still in its ‘infancy’ after the Iberians left, in contrast to more Westernized and developed parts of the world. The power structures that were a legacy of colonial rule thus stayed in place, as societies were often unable to pursue structural changes.[1] Consequently, the machismo culture started taking root more deeply, as the only form of political culture that the continent had developed. This resulted in numerous dictatorships throughout the region, where coups followed coups, such as in Mexico which saw 25 presidents in 33 years.[1]

Although several attempts at democratic reforms were made, many countries maintained dictatorial systems. These regimes were controlled by small groups of individuals who were able to exercise power over the state and were not held constitutionally accountable by the population.[2] In that sense, the only reason a regime’s term would end was if it was overthrown by others. Moreover, as regimes were not constitutionally responsible, the region was terrorized by political violence. Thousands of people disappeared, resulting in families growing up without fathers, mothers, brothers, sisters and other relatives.

Throughout the 1980s, a wave of regime changes took place and many countries in Latin America began to transition towards democracy. However, many former dictators were granted constitutional political immunity, which complicated prosecution processes. García-Godos, Skaar and Collins provide an excellent framework depicting the four main issues regarding the prosecution of former regime members, as in Latin America “transitional justice in general has been promoted as necessary to bring closure to past violations and facilitate forward-looking long term processes such as national reconciliation, democratisation, and peacebuilding.”[3] These mechanisms, including truth commissions, trials, victim’s reparations and amnesty, could prove to be defining factors in the search for recognition and accountability, hence providing a form of closure to those who suffered at the expense of authoritarian regimes.[3]

Despite this wave of democratization, the system, in many instances, remains rotten. This is to say that many government officials, members of parliament and presidents have a tendency to favor laws which benefit them, or even disregard inconvenient laws completely, suggesting some legal systems are still at times geared towards benefiting elite individuals rather than the population as a whole. Democracy has therefore not fully taken root and its presence is sometimes more of a cover than reality.[4]

Democracy in Latin America is not transparent but rather has facilitated the politics of limited transparency, often enabling bribery and corruption among government officials.[5] Today, more actors are involved in the process of decision-making, granting more people the chance to demand illegal payments as the price of their cooperation. Moreover, increasing costs can mean an increasing incentive for politicians to take bribes in order to finance their campaigns.

This phenomenon of limited transparency is more widespread than it might at first seem. It relates not only to impunity regarding corruption, but also to violations of human rights and political violence. To illustrate, Efraín Ríos Montt, the dictator of Guatemala from 1982 to 1983, continued to operate within the country’s political system for thirty years. His political immunity rendered democratic institutions unable to convict him, demonstrating how the history of low democratic continuity has created challenging conditions. There are many cases like Ríos Montt’s. These so-called ‘recycled dictators’ are still a phenomenon in our contemporary world. As former regime members are put in new positions of power, they are granted renewed political immunity.

Venezuela’s president Maduro governs a country torn between his supporters and those who favor his political opponent and self-declared president Juan Gauidó. The latter came forward as Maduro has been accused of undermining democracy, with many arguing that he has violated human rights throughout his time in office. Maduro has introduced a constituent assembly, granting them the power to rewrite the constitution and bypass the National Assembly. The latter is a perfect example of the culture of impunity many Latin American countries are facing, as political power and immunity grant influential people access to power that is often misused. Maduro’s re-election was thus accompanied by controversy, and Venezuela plummeted into crisis after a collapse of the oil price, including soaring inflation and recession nationwide.[6]

And what of Luiz Inácio Lula da Silva, commonly known as Lula? The former president of Brazil from 2003 to 2010 was released from prison early in November, after a Supreme Court ruling deemed it unjust to detain him until his rulings had been finalized. Lula was sentenced to 12 years in prison following his conviction for corruption and money laundering. The Supreme Court argued that the “Brazilian constitution states that no one can be considered guilty until due process is concluded.”[7] The ruling opens up the way for almost 5,000 other prisoners to appeal against their sentences, demonstrating the culture of impunity surrounding powerful figures or former government officials. Lula was found guilty, yet now has the possibility to appeal against his sentence and enjoy his freedom until “all appeal processes are exhausted.”[7]

The Global Impunity Index (Indice Global de Impunidad – IGI) indicates that impunity is the norm rather than the exception throughout Latin America. The index scores are indicators of the extent to which a ‘chain of impunity’ exists, running all the way from the reporting of a crime through to the supposed end verdict. In the case of Latin America, approximately half of the countries in the region are among the highest global impunity scores. It can be concluded that greater emphasis should be put on judicial systems to combat high rates of impunity throughout the region, as well as more funds for crime intervention. The problem of limited transparency should be tackled both at its root and at its consequences if a more effective justice system is to be created.[1]