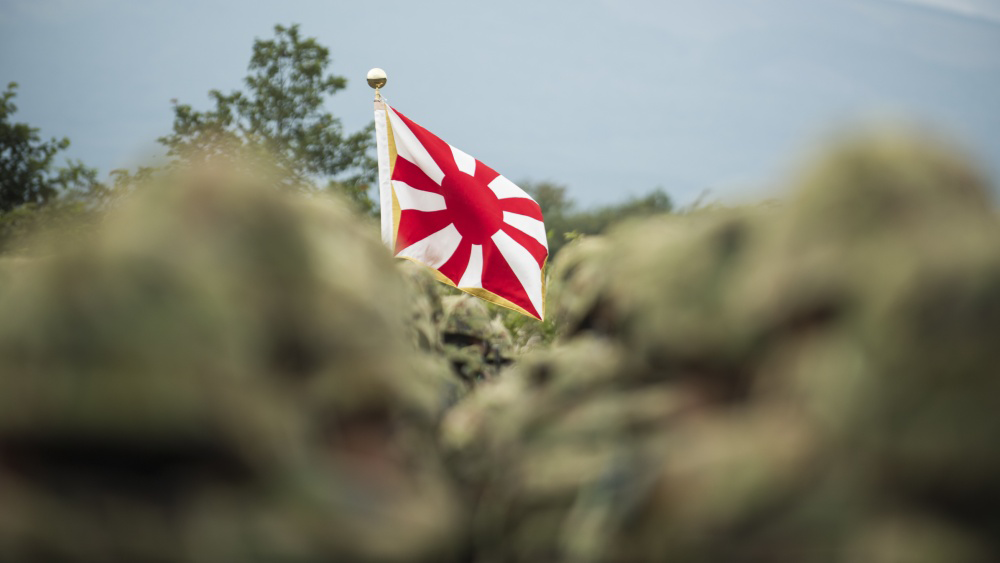 For over 70 years, art. 9 of the Japanese constitution has guaranteed Japan’s pacifism and contributed towards peaceful conflict resolution in a dangerous region. Currently, Japanese policy makers struggle to deal with a resurgent China, an unpredictable regime in North Korea and a vital, yet insecure alliance with the US. Prime Minister Shinzo Abe is considering amending this article that has prohibited Japan from returning to its militarist past. This Sunday Read will analyse domestic and international implications of such an amendment.

The history of article 9

After ‘Little Boy’ and ‘Fat Man’ abruptly ended Japan’s militaristic and imperialistic chapter, it was decided that this should never occur again. To ensure this, drafters of the post-war 1947 constitution included art.9 which stated that Japan ‘in an effort to aspire sincerely to an international peace’ ‘renounces war and the threat or use of force as means of settling international disputes’. To accomplish this aim, ‘land, sea and air forces, as well as other war potential, will never be maintained’.

The meaning of this article has evolved, from a purely pacifist one in the immediate post-war period to one which allowed the existence of limited defensive capabilities that perceived as necessary for Japan’s survival. This development has led to the establishment of the Self-Defence Forces (SDF). In the 90s, restricted by art.9, Japan couldn’t contribute manpower in the Gulf War and therefore contributed financially. Japan was criticised by its allies for using ‘chequebook diplomacy’, while others risked (and lost) human lives. After the events of 9/11, the Japanese government rushed a number of bills through parliament which allowed the deployment of Japanese forces oversea.

Fast forward to the current situation. Abe has recently won re-election as president of the ruling LDP party and, as a result of that, set his eyes on cementing his legacy into the constitution. Having been in office since 2012, Abe is set to become Japans longest serving PM by next year. If he manages to stay in office, it is likely to assume that he will seek to amend the constitution to ‘add an explicit reference to the SDF as now absolutely no provision on self-defence exists’.  Since its introduction, the Japanese constitution, art.9 in particular, has never been amended. Some argue this is for good reasons. Pacifism is strongly embedded in Japanese culture. A move to weaken the restraints on war potential is seen as a move to weaken pacifism itself.

An advantage for sceptics of Abe’s ambition is that amendments to the constitution have never been made and are extremely hard to accomplish in the first place. To pass a constitutional amendment, a two-third majority in both houses of the Diet (Japans bicameral legislature) is necessary, before the amendment has to be approved by the Japanese electorate through a national referendum. At this moment, the ruling coalition does not have the majority it needs to pass the amendment, therefore it will have to get support from the opposition that is not in favour of changing art.9.

The amendment has a number of implications for Japan’s place in the region. If it would pass, Beijing and Pyongyang will without a doubt interpret this as a provocative move. East-Asia is already unstable, plagued by territorial disputes, illegitimate nuclear tests and clashing military powers in the South Chinese Sea. From this perspective, Abe’s ambition to amend art.9 can be perceived as adding fuel to the fire.

These doubts do not make the move less necessary from the Japanese perspective. To counter-balance a regional Chinese military dominance, Japan has to start by legally legitimising its SDF. While Tokyo can count on its alliance with Washington, betting on one horse would be strategically inconsiderate. For example, Tokyo might have serious doubts about Washington’s willingness to sacrifice Los Angeles for Kyoto in the unlikely event of a nuclear conflict with the DPRK or China. From this perspective, Abe’s needs to open the door for a more autonomous Japanese defence.

Finally, Abe’s intention to revise the constitution to legitimatise the SDF can be viewed as part of a regional strategy. Such an amendment would open the door for a more substantial Japanese presence in the East-Asian region, as requested by Washington. This is part of the Quad’s (US, Japan, India and Australia) strategy to put a halt to, or at least slowdown, China’s re-emergence as a global power. The Washington-led ‘Indo-Pacific Strategy’ has been publicly supported by Abe and proposed a better, more transparent alternative to the Chinese Belt & Road Initiative.

Article 9 has been the cornerstone of Japans post-war pacifist identity. Amending this article will change Japan’s strategic culture for the coming generations. A two-third majority in the Diet and a national referendum stand in-between Abe’s ambitions and an actual incorporation in the constitution. If passed, the amendment could be interpreted as a precursor to a military build-up, quite possible resulting in reactions by Beijing and Pyongyang. In pursuing both a larger degree of military autonomy from the US and at the same time reasserting Tokyo’s commitment to the US-Japan alliance, Abe’s ambition to alter the constitution seems to be the only logical path forward. Whether Abe’s intention will be remembered as good or bad is for future historians to decide. Only time will tell whether this path will lead Japan to more or less security.