A Very Private War: The Failure of Mozambique’s Approach to Defeating an Islamist Insurgency 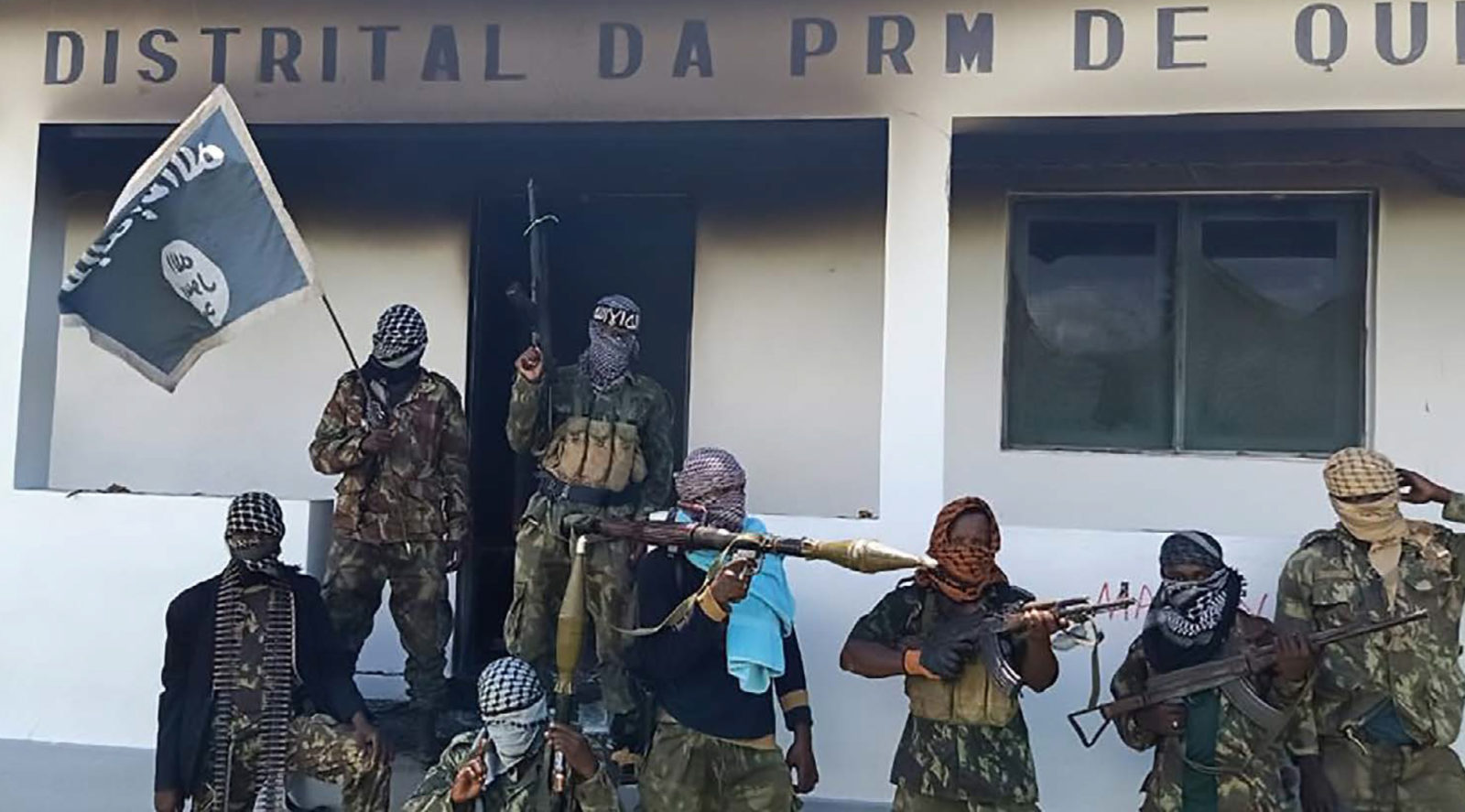 Cabo Delgado is the most North Eastern province of Mozambique. Roughly twice the size of the Netherlands, it is home to a diverse population of just over two million. It is also the place that has become the focal point of an ongoing Islamist insurgency, that has seen thousands dead, and hundreds of thousands displaced. Since 2017, armed groups have raided villages, burned down houses, attacked government buildings and killed civilians. Mozambique’s government has found itself unable to suppress the insurgents. Initially, the government in Maputo refused to acknowledge the magnitude of the insurgency, describing the incidents of violence as exponents of organised crime [1], and suppressed reports coming out of Cabo Delgado province [2]. Since 2019, the Mozambiquan government has taken some steps in countering the Islamist insurgency. However, the government’s response has been focussed on a quick military solution, without acknowledging the underlying processes [3] of the insurgency. Realising that the Mozambiquan army did not have the capacity necessary to defeat the armed Islamist groups, they called upon the Russian Wagner Group, as semi-private military contractor (PMC), to provide the necessary military power. The failure of the Wagner Group to get on top of the situation, the ongoing advance of the Islamist insurgents, as well the recent steps towards military intervention from neighbouring countries, highlight the limitations of Mozambique’s contained and privatised approach to counterinsurgency.

Background of the Conflict

Cabo Delgado is known among the local population as the “Cabo Esquecido” or “Forgotten Cape”. Ever since Mozambique’s independence, the government has failed to create the necessary institutions and infrastructure in the province [4]. In addition to being home to Mozambique’s largest population of Muslims, it is also the location of many profitable natural resources. Without consulting the local population, the government in Maputo has licenced crucial parts of the province to foreign contractors [4]. The revenue of Cabo Delgado’s mineral, gas and precious metal resources ended up with the central government, and not with the local population. This exploitative approach has created a fertile breeding ground for Islamist radical groups. It is not easy to pinpoint who exactly these Islamists are, but they appear to have originated from Cabo Delgado [5], and were known as Ahlu Sunnah Waj-Jama’a or Al-Shabaab (not related to the Somali organisation of the same name). Recently, the group has identified itself as the Islamic State, and used ISIL imagery [6]. The relationship between this group and ISIL in Iraq and Syria is unknown, but what is known is that this group of Islamist insurgents poses a significant challenge to the Mozambiquan government. The valuable natural resources of Cabo Delgado have become a main target of the insurgents, giving foreign investors sleepless nights [7]. In addition, the insurgents have grown increasingly violent, not only attacking villages and local communities, but also government buildings.

In September 2019, the Mozambiquan government turned to the Wagner company for help. Often regarded as a Private Military Contractor, Wagner was founded by Yevgeny Prigozhin, a long-time ally of Russian President Vladimir Putin. Although nominally a Private Military Contractor, Wagner can be regarded as a tool of the Kremlin’s foreign policy [8], and they are presently involved in many countries in which Russia has strategic interests, such as Ukraine, Libya, Syria and Venezuela. Wagner gained the contract purportedly after a bidding war that included former Blackwater CEO Erik Prince’s Frontier Services Group [9], and various other contractors that at times even posed under the name of long-defunct South African contractor Executive Outcomes [10].

Out of the many mercenaries and adventure-seekers that attempted to profit from the Cabo Delgado insurgency, the Wagner group seems a reasonable option for the Mozambiquan government. However, in the months after their initial deployment, things did not go as expected for the Russian company. Within weeks, Wagner suffered major losses in their first direct confrontation with the Islamists [11]. In November 2019, several Wagner employees were captured by the rebels, and beheaded in traditional ISIL fashion [12]. Meanwhile, the Islamists insurgents continued their attacks, and making gains. John Gartner, CEO of the small South African firm OAM, one of the contractors that made an unsuccessful bid to the Mozambiquan government, complained that Wagner was unsuited for the job due to their lack of knowledge of the area [13] and the complications associated with “bushfighting”. By April 2020, the Mozambiquan government hired the South African contractor Dyck Advisory Group to provide air support, however, they did not seem to fare much better, since insurgents managed to shoot down two of their helicopters within two weeks [14].

The situation in Cabo Delgado has turned into a quagmire for both the Mozambiquan government and the contractors they have employed. Since the arrival of Wagner, the Islamist insurgents appear to have become emboldened, ramping up their attacks [15]. It took the Ministry of Defence until April 2020 to admit that there was an ISIL presence in the region, a late response that seems to be summing up the incompetence of the government of President Filipe Nyusi [16].

Mozambique’s neighbours, meanwhile, appear to have had enough. Since this month, the governments of Zimbabwe, Tanzania and South Africa have realised that the Cabo Delgado insurgency is not a local problem that can easily be contained. It is believed that Zimbabwe has already sent Special Forces to the region for training purposes [17]. Tanzania has increased its military presence on the Southern border, standing ready to combat the insurgents from the North [18].

For South Africa, the Cabo Delgado insurgency provides a real economic danger. South African companies have significant investments in the natural gas exploration projects in the province [19]. The increased focus of the insurgents towards these gas fields, and the failure of Mozambique to contain the threat, have worried many in South Africa. It is no surprise that the Cabo Delgado conflict, ignored for a long time in South African media, has suddenly become the focus of attention. In July it became known that the South African National Defence Force had deployed Special Forces to Cabo Delgado [20].  It appears that it has been decided that Mozambique and its private allies cannot deal with the crisis on their own. A larger regional, state-led, intervention of some kind by Mozambique’s neighbours is to be expected.

The failure of Wagner and the Mozambiquan government to deal with the crisis puts a trend that emerged among governments in sub-Saharan Africa since the 1990’s in a new light. These governments, often lacking crucial military capacity, have increasingly relied on the use of Private Military Contractors to combat insurgency, civil war and, most importantly, safeguard their natural resources [21]. Angola, Sierra Leone, Congo, the Central African Republic, Nigeria and Uganda are examples of countries that employed PMC’s to maintain the peace. In the past, companies such as Executive Outcomes, STTEP and Sandline that emerged from South Africa, provided military support to many governments, often with substantial success [21]. In modern days, many African countries continue to rely on the services of the Private Military Contractors [23]. The limited costs, the contained nature and plausible deniability that PMC’s provide are hugely attractive. However, the failure of PMC’s in Mozambique shows the limitations of this approach, and indicates that a regionally coordinated and comprehensive approach to counterinsurgency might still often be the most successful answer.