A seat at the table: why we need more women in peace and reconciliation talks 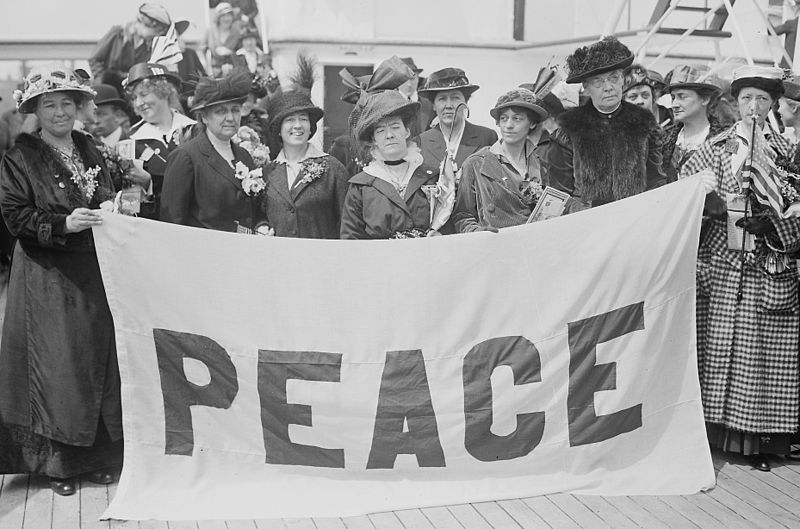 This article first appeared in JASON Magazine 43-2: Opportunities in a changing world

For most time in history, men have dominated leading positions at the negotiation table. However, women and men experience conflict differently. Therefore, the inclusion of women is critical to reduce violence and advance stability. Currently, there are new and expanding opportunities for women’s participation in peace talks.

Despite growing international recognition of the role of women in peace and security, the representation of women has lagged. Given the rising number of security threats and increasing evidence that female participation in peace and security processes improves stability, women’s inclusion merits a higher place on the foreign policy agenda.

It has been more than 17 years since the international community passed the first landmark resolution on Women, Peace and Security (WPS), which came to be known as United Nations Security Council Resolution 1325. One of the most important outcomes of the subsequent resolutions has been the growing global recognition of the different ways in which conflict affects women and men and how they can complement each other during peacebuilding efforts. Also, these resolutions spotlight attention on women as multi-faceted actors in conflict and post-conflict situations, while at the same time promoting women’s participation at all stages. Women’s active participation in conflict prevention and peacebuilding is also at the heart of the 2030 agenda and the Sustainable Development Goals (SDGs).

Despite the growing international recognition of women’s role in security, the representation of women in peace and security processes has lagged. Between 1992 and 2011, women represented less than 4 per cent of signatories to peace agreements and 9 per cent of negotiators. In 2015, only 3 per cent of UN military peacekeepers and 10 per cent of UN police personnel were women, substantially lower than the UN target of 20 per cent. And despite the role that local women’s groups could play in preventing and resolving conflicts, they received just 0.4 per cent of the aid to fragile states from major donor countries in 2012–2013.

Despite the historical exclusion of women from negotiating tables and security apparatuses, the evidence of women’s contributions to conflict prevention and resolution is growing. Several empirical analyses confirm that women offer unique, substantive, and measurable contributions to security and peacekeeping. Evidence shows that security efforts are more successful and sustainable when women contribute to prevention systems, peace-making, peacekeeping, conflict resolution and post-conflict rebuilding.

The evidence on ending violent conflict is clear: when women participate in peace negotiations, it helps achieve peace. A study of 182 signed peace accords over two decades showed that these accords were 35 per cent more likely to last at least 15 years when women were involved. However, 17 years after the United Nations first called for including women in all peace talks globally, women remain side-lined. The lack of structural incentives for change is key – until we get the incentives right, exclusion will remain the status quo. The apparent disconnect between the evidence and any meaningful change is particularly problematic as we seek to end conflicts that have been destroying lives and communities for years. Women, local community members, and civil society leaders can infuse stagnant negotiations with new perspectives, engage and invest the local population in peace talks and ensure negotiations reflect realities on the ground. After decades of advocacy and few changes in practice, it is clear that the only way to achieve the crucial changes needed is to introduce incentives to promote inclusion.

To reflect on gender issues, women’s rights and equal access to opportunities we must not only reflect on the progress that has been made. There is still much more that needs to be done and achieve gender equality in societal life and all sectors.