A ROLLERCOASTER OF A YEAR, AND WHAT’S AHEAD 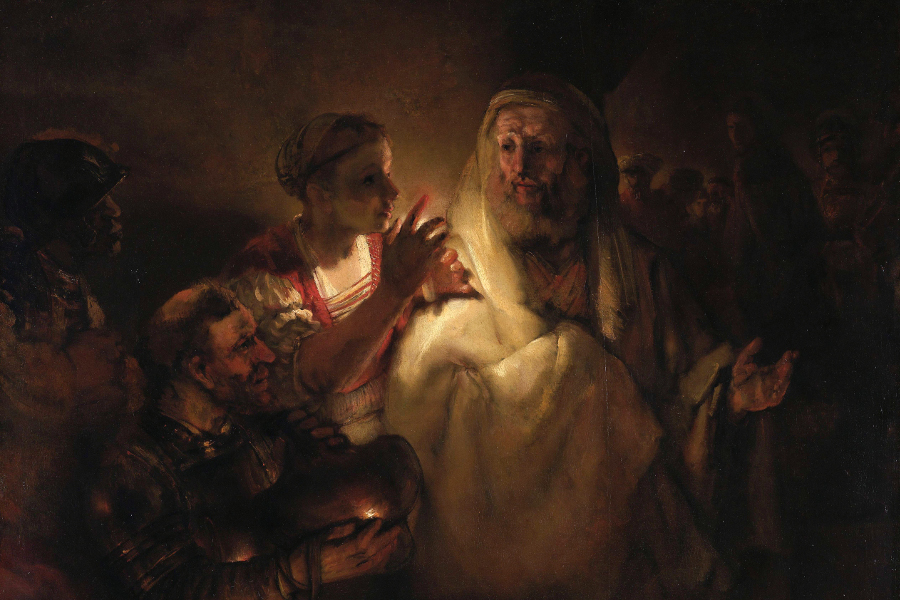 The Denial of Peter seems to be a good metaphor for the collective and worldwide denial of common sense that seems to be taking hold. Personally, I woke up to news that I couldn’t believe was true three times this year. There were many others, but the main thread for these three was that they were opportunities in which votes were cast in democratic conditions. Also, there was a collective refusal to think that we could be guilty of such results, just like Peter did.

These moments will change for each one of us, but for me they were (in order of occurrence): the so-called Brexit vote, the Colombian referendum and, of course, the US elections.

Possibly the worst portmanteau of the year, the vote for Britain to exit the European Union has mostly left confusion in its wake. More than 30 million voters in Britain went to the polls on 23 June, and 52% of them voted to exit the European Union. Yesterday, watching the teaser for a film about the battle of Dunkirk, it occurred to me that many of us have no idea of what the world was really like in the immediate aftermath of World War II. After all, why should we remember? Even in our lesser times Europe has known prosperity. And, whatever one’s opinion about the European Union, this prosperity is intimately linked with the stability that comes from being a war-free zone. But this does not translate into the public discourse. One of the main lessons of the Brexit vote is that the trust that we had taken for granted, trust in the political system, politicians, and political institutions has been eroded. People feel adrift; they deny knowing that they were ever part of such a system, or that such a system ever did something for them. As uncertainty about the real consequences of Brexit mounts, and as voters realise that Brexit may not be a panacea, no alternatives to a protest vote have been put forth. The anger lingers.

When the servant girl saw him there, she said again to those standing around, “This fellow is one of them.” Again he denied it.

Outside of Europe, Latin America seemed to be on the road to prosperity until, at some point, it wasn’t. For example, recent events in Venezuela point towards a new wave of economic instability that could result in a chain reaction. Although there are some shining beacons, they are few and far between. On 3 October, a landmark peace deal between the Colombian government and the rebel FARC groups was rejected in a referendum which saw urban being pitted against rural, well off against dirt poor, bringing to the surface the very real divides that still plague the region. And it was an ‘us versus them’ vote in the worst way possible. The urban population indicated through its vote that they would be ready to punish the perpetrators on the rebel side. And the rural population, those who continued to bear the brunt of the battle, could not vote in sufficient numbers to say that the bloodshed needed to stop, effective immediately. That the Colombian president was rewarded with a Nobel Peace Prize mere days after the failed vote, in an award that by design did not acknowledge the FARC rebels, just goes to show how momentous a yes vote would have been. The real issues that this referendum unearthed referred not only to partisanship, but also to the growing disconnect between rich and poor. The reality for the yes voters is so different from that of the no voters that in hindsight such a result was almost inevitable. Colombia was then the latest example of how the haves and the have-nots have such dissimilar experiences they may just be living in altogether different countries.

After a little while, those standing there went up to Peter and said, “Surely you are one of them; your accent gives you away.” Then he began to call down curses, and he swore to them, “I don’t know the man!”

And then perhaps the vote that both most and least shocked the world: the Republican Party sweeping the floor with the Democrats in the United States on 8 November. This goes beyond the election of Donald Trump as president of the United States. It is also a stark reminder that Congress as a whole has become a bastion of GOP for at least the next two years. A country that had always taken pride in being the standard bearer of freedom is currently working overtime at the local and state level to overturn some basic freedoms that in countries such as the Netherlands we just take for granted. Women’s rights, gay rights, the right to a free press; if anything, the US election should remind us, citizens of other countries, of how easy it can be to constrain those rights within the framework of a democracy. Looking at the United States and the period of uncertainty it has unleashed on the world, we would be wise not do deny this could happen elsewhere, and instead to face the music and work towards preventing it from reaching our shores. That any action President Elect Trump takes has real consequences for many around the globe is undeniable. But instead of thinking that the specific US reality could not happen here, we should listen to the discontent that is brewing, and try to ensure we do not repeat those results.

As I look back on the year that has passed, all I can say is: may 2017 bring us the Repentance of Peter.