A Little Bird Told Me You Were There 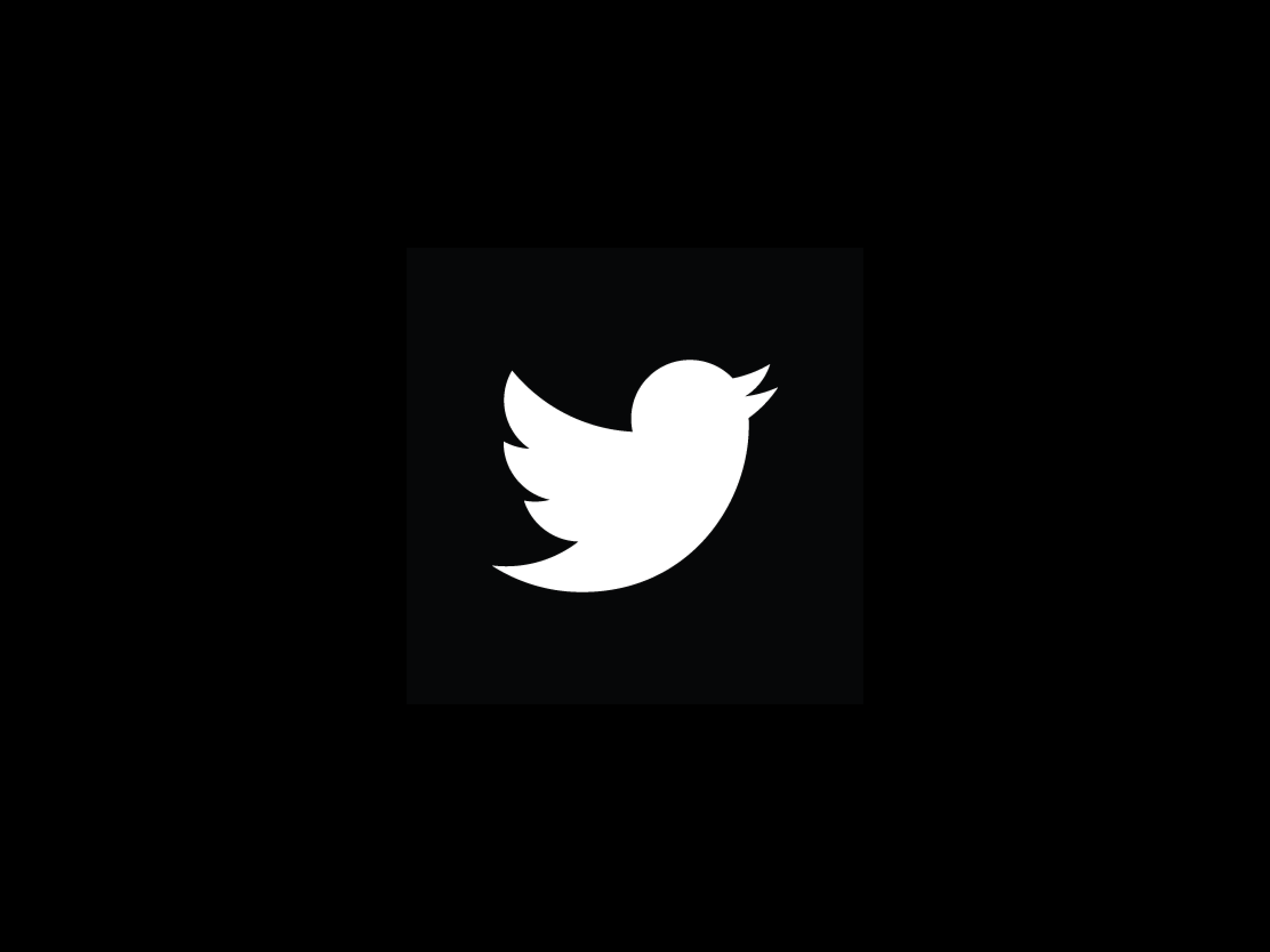 What is Open Source Intelligence? And what does the Internet have to do with it? And how is this related to the riots at the United States (US) Capitol ?

First, a little bit of history. The Internet, as we know it, has evolved from a project funded by the Defense Advanced Research Projects Agency (DARPA), within the US Department of Defense (DoD). DARPA was set up as a response to the Soviet Union’s (USSR) surprise launch of Sputnik, the first satellite, in 1958. The Internet’s initial network was used to connect universities and research labs within the US. It protected the flow of information by creating a network of geographically separated computers that could exchange information.

However, when the Cold War ended it did not mean the end of the Internet, rather it was the beginning of the Information age. Now, societies, in both social and economic aspects, have become more interconnected, digitized, and global because of the 20th century race between the US and USSR. Billions of people can now communicate, all because of the mainstream use of the Internet.

Consequently, since it became easy to connect with people across the digital world, criminals, terrorists, and drug cartels also took advantage of that. For example, the year 2020 has witnessed a massive surge in cybercrime, particularly in the global economy. According to the security firm McAfee, a staggering $1 trillion was lost due to cybercrime in 2020, which was almost double the cost of 2018. Hence, these risks encourage not only governments, but also business companies to invest in the research and development of Open Source Intelligence tools and techniques to counter current and future cybersecurity challenges.

So, what exactly is OSINT? The US Department of Defense defines it as such: “Open-source intelligence (OSINT) is an intelligence that is produced from publicly available information and is collected, exploited, and disseminated in a timely manner to an appropriate audience for the purpose of addressing a specific intelligence requirement.”.

Analogously, in the book Open Source Intelligence Methods and Tools: A Practical Guide to Online Intelligence (2018), Hassan and Hijazi refer to OSINT as “all the information that is publicly available. There is no specific date on when the term OSINT was first proposed; however, a relative term has probably been used for hundreds of years to describe the act of gathering intelligence through exploiting publicly available resources.”

As technology proliferated and the volume of available data increased, government departments, nongovernmental organizations (NGO’s), and business corporations started to depend to a larger extent on OSINT rather than private and classified information. The shift began in the 1980s, when military and intelligence services gradually focused more on publicly available data. Furthermore, Open Source Intelligence can be classified in several types of public information. As described by Hassan and Hijazi (2018, p. 5), these are:

• Photos and videos including metadata

The main advantages of using Open Source Intelligence techniques is that they are less expensive and less risky than traditional spying activities (Hassan and Hijazi, 2018). This is the case because in contrast with traditional spying where one would need an agent in the field or satellite images, OSINT can be done with only a computer and an Internet connection. Moreover, they are easily accessible, hold no legal issues, can be used for ethical hacking, and help identify external threats (Hassan and Hijazi, 2018).

Thus, because of the advantages mentioned, OSINT is thought to be one of the simplest and easiest means of gathering data by many if not most, due to its abundance and accessibility. However, where other forms of intelligence starve for data, OSINT has so much of it that filtering it out and converting it into an actionable form is the most challenging part. The issues linked to OSINT, apart from the sheer size of data, are the reliability of sources and human efforts needed to achieve the desired result (Hassan and Hijazi, 2018). The human factor is key in avoiding errors, because the human behind the computer has to find the relevant information and assess if it is genuine.

Hence, although Open Source Intelligence is frequently portrayed as the accessible branch of spying, in reality it is rather more and rather less than that. Rather more, in the sense that it indeed gives anyone the possibility to gather intelligence from open sources, specifically to an unprecedented level than ever before in history. Rather less, in that the field is still limited by the human competence factor, whether the information is true, and the amount of data available. Hence, with OSINT, many of its advantages are also its disadvantages. However, this has not stopped professional investigators as well as privacy-conscious people from applying the tools and methods used by Open Source Intelligence.

Like many others, I watched in disbelief at what happened at the US Capitol on the 6th of January. A week later, CBC News interviewed Giancarlo Fiorella. Fiorella talked about how Bellingcat members used the information publicly available, such as “Twitter posts and videos shared on their Facebook accounts” to identify rioters. Bellingcat members monitored both Twitter and Facebook, where Trump supporters proudly shared videos and selfies on their profiles. Fiorella said “(we) downloaded these videos because we knew that there was a chance they could be deleted in the coming hours and days. And we were making sure to preserve them so we could analyse them and keep them for the historical record.”

By using OSINT tools, the Bellingcat Investigation Team (2021) has successfully found perpetrators of the riots at the Capitol. One of the identified people was Ashli Babitt. They traced Babbit’s social media footprint, beginning from her as an Obama voter, to hardcore libertarian, to her awakening as a MAGA (Make America Great Again) follower, and finally her arrival as a QAnon believer. All this information was publicly available on her Twitter account, as seen in the article. Afterwards, the focus was on the storming of the Capitol and her route through the building. Finally, the fatal shooting was caught by four videos.

If you would like to personally try it yourself, you can search by location on Twitter. As Bazzell (2019, p. 190) explains in his book Open Source Intelligence Techniques, “investigating an incident that occurred at a specific location and you have no known people involved, Twitter will allow you to search by GPS location alone. The Twitter Advanced Search allowed us to search by zip code, but that can be too broad.” Hence, you are advised to search some GPS coordinates, say those of the U.S. Capitol. You will see all tweets known to have been posted within 1 kilometer from the location you searched (Bazzell, 2019, p. 190). You can also change the radius to 5km, 10km, or more. Furthermore, you can also search the hashtags used by Trump supporters, such as #MAGA, #thepeoplespresident, #WeThePeople, #WWG1WGA, or #Q, along with the GPS coordinates specified.

All this intelligence gathering was done by using public Twitter and Facebook posts. Though, it should be mentioned that most of the Trump supporters present at the US Capitol did not wear facemasks. This fact made identification and tracing much easier. For example, key figures in the riots such as the shaman QAnon believer and the man who sat in House Speaker Nancy Pelosi’s office were found quickly from public photos and videos from Twitter.

This article has shown how by using public Twitter posts, people can be traced easily from social media. Truly, it is just the tip of the iceberg regarding OSINT tools and techniques. Especially since it is not just private research firms such as Bellingcat who use OSINT. Governments and law enforcement agencies use these tools and techniques as well, but also the United Nations, large business corporations, criminal organisations, privacy-conscious people, and of course terrorist organisations (Hassan and Hijazi, 2018). With the huge volume of information available on the Internet, and with so many state actors and non-state actors involved, OSINT proves to be the preferred method of intelligence gathering.