A Delta in Flames: Environmental destruction and civil strife in the Niger Delta 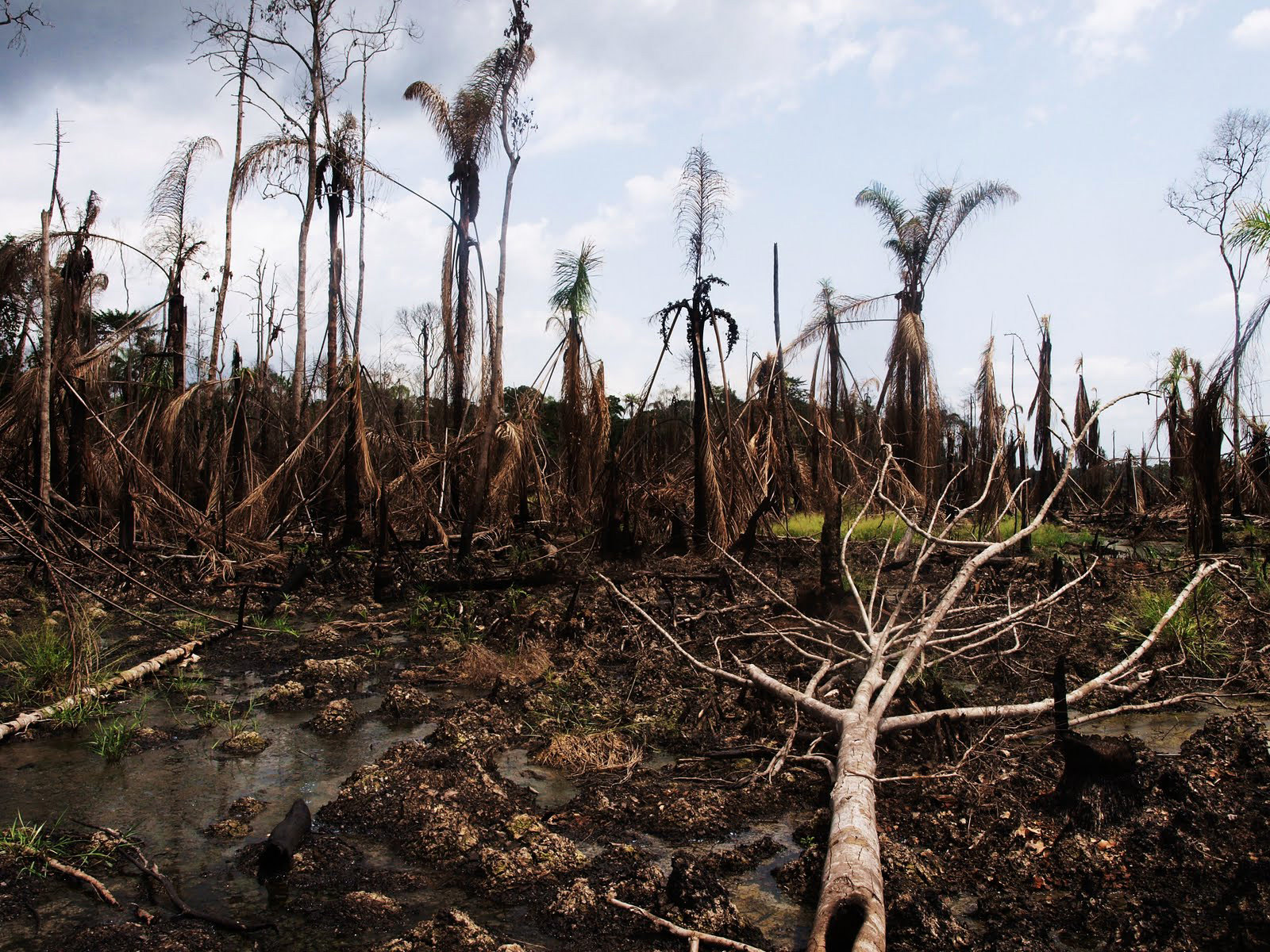 The troubled Niger Delta has been one of the world’s powder kegs for decades. Following a brief spell of relative quiet during the first half of the past decade, civil strife has flared up once more in recent years. The conflict in the Niger Delta is a complicated one, in which different environmental, sectarian and economic components intersect. Even so, studying the conflict gives us valuable insights into the interaction between environmental destruction and armed civil strife.

The trouble in the Niger Delta began in the 1950s, with the discovery of large oil fields and the petroleum extraction by major oil companies such as Chevron and Royal Dutch Shell over subsequent decades. While the petroleum brought vast wealth to Nigerian elites, it wreaked havoc on the Delta region and its inhabitants. Since 1956, 1.5 million tons of oil spilled into the delta, severely damaging the ecosystem, harming public health and destroying the region’s agricultural resources; the Delta’s fish stock has declined significantly and very few crops still grow there. The region’s wealth today is lower than it was in 1960, shortly after drilling began.

Notably, calls for environmental justice by local communities were initially not accompanied by violence. In the 1990s, the Movement for the Survival of the Ogoni People (MOSOP) was founded in response to the ecological devastation that had ravaged the lands of the native locals. The movement aimed its arrows squarely towards Royal Dutch Shell, claiming that the oil company was waging “ecological war” against the Ogoni people, and demanding financial compensation. In 1998, the separatist Ijaw Youth Council (IYC) was founded with a commitment to “struggle peacefully for freedom, self-determination and ecological justice” for the Ijaw people, and demanding suspension of the oil companies’ operations in their territory.

The Nigerian Federal government cracked down disproportionately on the activists, initiating a cycle of escalating violence. In 1995, it hanged nine MOSOP activists, including its founder and spiritual leader Ken Saro-Wiwa, without due process. Its reaction to IYC protests was even more excessive: Nigerian soldiers began attacking and burning Ijaw villages, killing livestock and terrorizing the local population with random detentions, beatings and rape. This brutal behavior sparked violent retaliation; the local people began attacking oil installations and foreign workers.

In the early 2000s, the conflict between the government and the locals increased in intensity as the Niger Delta became increasingly militarized. Well-armed militias sought confrontation with the oil companies and the Nigerian federal government, but also with each other. Clashes occurred along tribal fault lines, but attempts by local authorities to co-opt the militias also resulted in significant internecine conflict within tribes, between supporters and opponents of the government. The government was a significant driver behind further escalation of the conflict.

Peace and war once more

In 2009, the Federal government initiated a broad amnesty program for the militants who had been fighting in the Niger Delta, resulting in a temporary de-escalation. However, the underlying issue which had precipitated the conflict, namely the environmental degradation, remained unaddressed. Fighting flared up once more in 2016, when a host of next generation militant movements sprang up with the aim of removing the oil companies from the region. Not incidentally, this resurgence coincided with the election of a president who was widely distrusted by the peoples of the Niger Delta because of his Islamic background.

In the case of the Niger Delta, the interplay between environmental pollution and civil strife is complicated. It is clear that the ecological devastation caused by the oil companies’ activities, in combination with the government’s lack of response to it, is the primary driver behind the conflict. It is cited by all resistance movements in the Delta as the most important reason for their struggle. Ken Saro-Wiwa for instance, called “environmental degradation […] a lethal weapon in the war against the indigenous Ogoni people” [1], and the IYC’s  declaration of independence stated that “the unabating damage done to our fragile natural environment and to the health of our people is due in the main to uncontrolled exploration and exploitation of crude oil and natural gas,” and “the complete lack of concern for ecological rehabilitation […] is a signal of impending doom for the peoples of Ijawland.”

Environmental destruction alone, however, is insufficient as a causal explanation of the conflict. Extreme environmental pollution coincided with significant periods of peace, and only combined with other factors did non-violent resistance turn violent. Each time, the powder keg required a spark to be ignited. The first time, the spark was provided by the government’s excessively violent crackdown. The second time it was the election of a distrusted Islamic president.

Environmental destruction tends to engender civil resistance wherever it occurs, and we should be thankful for it. But as the case of the Niger Delta shows, it is not in itself sufficient cause for an armed insurgency. One might say that environmental destruction explains the reason of the conflict but is insufficient as an explanation of its direct cause.  This does not mean that governments can afford to ignore the fallout of environmental disasters. After all: it is dangerous to sit on top of a powder keg, not knowing what will be the spark that sets it off.