A BLOG: AN OUT-OF-THE-BOX SUMMER INTERNSHIP: THE TRAVAILS OF ONE LUCKY INTERN 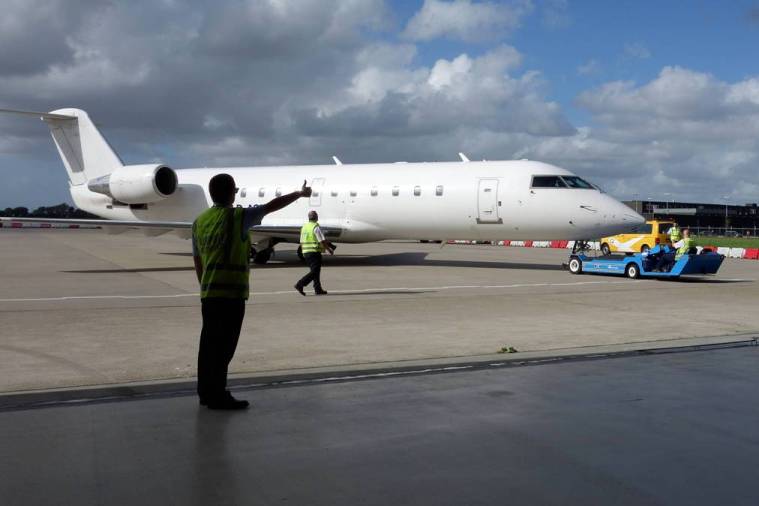 Four different phones are ringing at the same time, one call immediately followed by the next. People are running around, discussing with each other, trying to put some sense and order into the chaos. New information flows in every minute, plans and statements change, arrangements have to be adjusted within minutes. E-mails, Facebook messages and Tweets add an extra pinch of agitation. The 9-to-6 working day has become irrelevant. Tired and concerned faces cannot be hidden, but professionalism is, as usual, in full speed and things simply get done. This is just a glimpse of what being an intern at the OPCW’s[1] Media and Public Affairs branch was like for the past month and a half.

When the horrible events of 21 August unfolded in Syria, everyone was in shock. For me, being in the Media team meant that I had access to the general mailbox which on this day, within a couple of hours, was flooded with raw, unedited footage, photos and videos by witnesses on the ground, and with pleas and requests for help. As a person who closely follows the news, it should not have been such a surprise for me, but I had not been so directly and unexpectedly exposed to unfiltered and extremely graphic information while being “on the other side”. I could not help myself, I had to leave the office for a minute, calm myself and pull myself together. I was told not to look at it, but this did not mean it did not happen. And then it all began. Our relatively calm summer workflow was transformed into a vortex, so intense that it was difficult to keep track of all developments. But at the same time it was incredibly exciting.

I do realize that “exciting” is a very inappropriate word to use in connection to such a horrific tragedy and that it may seem arrogant and ignorant to call myself lucky being at the OPCW at this time when put against the background of the event that triggered it all. However, one learns so much when confronted with unexpected events, regardless of their nature and implications. I have no other way to describe my experiences. I ask those who find my words unacceptable to forgive me.

On 31 st August, a sunny Saturday afternoon, the team of fourteen inspectors headed by Dr. Ake Sellstrom arrived from Beirut at Rotterdam airport. And I was there to welcome them! Only two days prior I was asked if I would be available to help over the weekend without much further explanation. After my asserted “yes” and some final arrangements, I was appointed to take pictures as part of the Media team. This team had been given exclusive access to the airport where the inspectors would fly in with all the samples collected in Syria, which had to be unloaded and handed over to the OPCW. Apart from my colleagues, there was a professional cameraman and a professional photographer (a former OPCW inspector himself). We were briefed, put into a car and taken to the airport. In front of the building there were already journalists stationed with cameras pointed our way.

On arrival we were brought into a restricted area to wait for the plane to land. The second cameraman and I were taken to the runway to film and photograph the landing itself. Once the plane was on the ground we drove back to the hangar just in time to witness and document the entry into the designated hangar and the reserved but tangible excitement of the welcoming party. Then, one by one, the inspectors left the plane and were welcomed. At the same time, at the rear end of the plane, the unloading of the samples began. It was a lengthy process of documenting, reporting and arranging boxes with extreme vigilance in order to ensure the chain of custody and to document the handover of the crucial samples. But I was more interested in the people. Behind the camera, I listened in on the Deputy Head of Mission’s personal account of the journey. He told us about the convoy coming under sniper fire when it tried to get to the inspection site. I could not believe my ears. A bit later, while wandering around the hangar to snap more shots, one of the inspectors joked about my pocket camera. I kept my cool. In fact, I was constantly expecting someone to come and tell me I am in the way, I should move aside, I should not stand where I stand or I should not take pictures of this or that. I consciously tried to hide the fact that, being just an intern, I felt so full of adrenaline that I could scream. I believe that I managed to remain professional.

Once the handover was done, we all headed back to headquarters where the Director General welcomed everyone and the more official part took place. I had to return to my duties in the office where everyone was busy with their work. After my working day was finished, I went proudly home and finally told my family and friends about the mission of which I had been part. This was the most exciting day of my professional life to date.

In the following days and weeks I was still closely involved with the event of 31 st August in different ways, giving a hand whenever needed. With the events rapidly unfolding, I witnessed history: initially the anticipation of the report, the start of the accession process of Syria to the Chemical Weapons Convention under a unique procedure, the preparations for the return of the inspectors to Syria to conclude the investigation, and the final arrangements made by the OPCW’s Executive Council – all in the centre of worldwide media attention. And for me, I saw it all through the lens of our media team. They did such a great job and I am honoured that I could be there and could help. I still find it incredible that with four people and two interns so much has been done. I have learned so much from my colleagues for this short time. At the end I did not want to leave – my 3-month internship turned into such a unique and incredibly special experience. I will never forget that.

I am one lucky intern.

[1] Organisation for the Prohibition of Chemical Weapons