7 Rules for Jihad Why Jihadis go where they go, and where that might lead them next 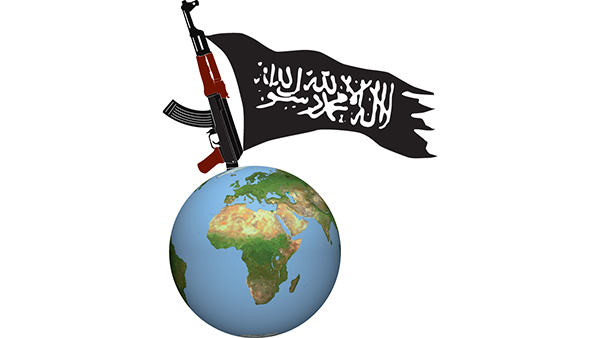 7 Rules for Jihad
Why Jihadis go where they go, and where that might lead them next.

In March 2003, Osama bin Laden laid out his list of new fronts for the international Jihad movement. The list included Jordan, Morocco, Nigeria, Pakistan, Saudi Arabia and Yemen.Iraq did not make the list [1].

Within a month of his proclamation, a US-led coalition had invaded Iraq, ushering in decades of insurgency that would transform the previously secular country into the epicenter of international Jihad. Meanwhile, Jordan and Morocco remained peaceful. Saudi Arabia and Pakistan have faced limited, unsuccessful insurgencies. Yemen and Nigeria remain wracked by civil war, but these wars have drawn little influential support from International Jihadis [2].

The question of why some countries and regions become hotspots for international Jihadi activism goes far beyond the spiritual or dogmatic precepts of Islamist ideology. It encompasses a range of practical and cultural factors. Identifying those factors and the interplay between them could help us predict where future areas of internationalized conflict might arise.

Seven rules for a good Jihad

No examination of Jihadism can ignore the role of ideology in enticing Islamists to certain fronts. The legendary father of modern Jihad Abdullah Azzam couched his arguments that Muslims should fight in the Afghan war in the language of religious precedent. He skillfully presented the Soviet occupation as the greatest encroachment against the Islamic world, and painted the Muslim resistance to it in terms of a holy battle of good against evil unbelief.

Understandably then, a necessary factor in Jihadist appeal has been that the conflict in question frames itself primarily in the language of religious war, in which the side to be joined fights explicitly in the name of Islam as well as their own local cause, and the other side is easily identified as un-Islamic. The complication of sectarian wars between Shia and Sunni Muslims is resolved with the Salafi concept of Takfir, within which Shia and other non-Sunni minorities are aligned with non-Muslims [3].

The citing of historic precedent, as well as the emphasis on the original ‘Arab nature’ of Islam inherent to Salafism, naturally engenders the preeminence of historic Muslim lands as a focus of Jihadi activism.

However, as conflicts couched as Islam vs. un-Islamic, such as Nigeria’s Boko Haram insurgency, and similar ones right in the heart of the Islamic world, such as Palestine or Yemen, have failed to garner large influxes of international Jihadis, there must be other factors at play [4].

Whatever his credentials as a religious scholar, Azzam’s skills as a propagandist are indisputable. Moreover, his tireless promotion of the Afghan Jihad was echoed by mainstream media, both Islamic and Western. Young Muslim men from countries far beyond the Middle East could not help but see the Afghan war as the defining issue of their time. As media coverage has become more profuse and available, this trend has intensified and heavily tilted the focus of international Jihad towards areas with ready access to news media. As Iraq and Syria have dominated 21st century news coverage, so  have they become epicenters for foreign Jihadis, whereas sparsely covered conflicts, such as Yemen, Afghanistan or Nigeria have attracted far less support. For all their claims to struggle for eternal truth, the priorities of Islamist fighters appear to beinfluenced as much by modern media narratives as anyone else’s [5].

Quick on the heels of media attention comes financial aid. The greatest hotspots of Jihadi activity tend to align with causes that attract larger financial and material support, either from states or individual donors. This is not to say that Jihadis are mercenaries chasing paychecks, but that they are more likely to go where they can be assured more funds for equipment and operations, as well as coverage of travel costs. The presence of well-funded charitable organizations has also frequently provided a good conduit by which Jihadis enter warzones under the guise of aid workers [6].

For foreign Jihadis to enter and participate in a conflict, it must be geographically and culturally accessible. Very few foreigners took part in the Palestinian war against Israel because crossing the border undetected was near impossible. The insurgent-held area of Nigeria was, even at its height, remote and hard to enter for non-locals. Moreover, in places like sub-Saharan Africa and Afghanistan, non-native fighters frequently found themselves alienated by the insular cultural standards of their hosts. By contrast, Iraq and Syria, during the height of conflict in those countries, were both easy to reach via sparsely-guarded borders, and culturally accessible to Arabic-speaking foreigners.

For a conflict to draw Jihadi support, it needs to not only be simple, but ‘hot’. Long, low-intensity guerrilla wars are not appealing to the vast majority of foreign fighters seeking combat and martyrdom.

Action, however, is not enough when it does not come with the appearance of success. Foreign Jihadis rarely flock to battles to die in the name of hopeless causes, no matter how much sympathetic media attention those conflicts get. In the philosophy of salafi-jihadism, success is linked to God’s favour, thus Jihadis are more likely to follow winning causes than start them [7].

For all their anti-statist beliefs, successful Jihadi movements rarely arise without the covert or tacit support of states that hope to profit from their struggle. Afghanistan’s Jihad against the Soviets was heavily facilitated by an alliance between Pakistan, Saudi Arabia and the USA. Jihadis entered Iraq with help from Syria, and later entered Syria with help from Turkey. Losing such state backing almost always cripples these movements. This factor encompasses many of the others, as the significant resources of the state help leverage media, weapons and access to Jihadis of their choice [8].

Anyone looking to anticipate where the next epicenter of international Jihadism might be would do well to examine either current conflicts, or those that look likely to arise in the near-term, and see how many of these factors they contain. What areas of concern are low on these factors, and which ones are high?

[6] Brian Glyn Williams, 2007, Allah’s foot soldiers: An assessment of the role of foreign fighters and Al-Qa‘ida in the Chechen insurgency, https://www.brianglynwilliams.com/10_Ethno%20Ch10_962.pdf