6 INTERNATIONAL POLITICAL TRENDS TO LOOK OUT FOR IN 2019 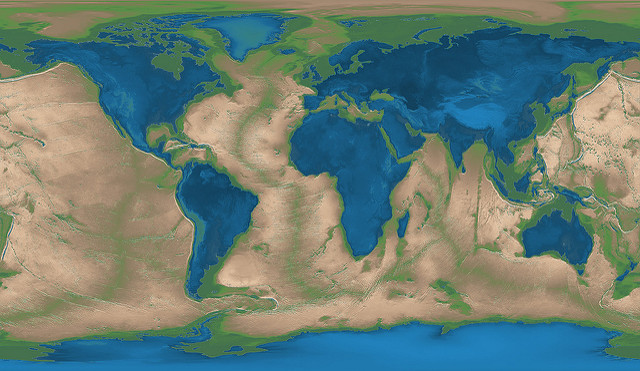 2018 has been a turbulent political year all over the world. The election of populist leaders, changing international power dynamics and rise of non-state terrorist actors have all challenged different levels of governance. Simultaneously, citizens used social media and the act of protest to show their dissatisfaction with the effects of climate change, migration and other global issues. We can never predict what the new year will have in store, but based on the developments of the past year, here are six trends to look out for in 2019.

The midterm elections resulted in a Democratic takeover of the House of Representatives. Ever since, American politics has been dominated by a domestic government shutdown over the funding of the border wall with Mexico. Therefore, in the short term, the US will have a diminished presence abroad. However, the Trump administration can use its Senate majority (which has more legislative power with regards to international affairs than the House) to exploit external fights to undermine the rising Democratic popularity. Even though the army is pulling out its forces from Syria, tensions with Iran, Russia and China are rising. Trump’s unpredictable behaviour poses a threat to the status-quo of diplomacy, a development that will almost certainly lead to escalation.

2. North Korea’s nuclear program and the stability of East Asia

On 12 June 2018, president Trump and president Kim Jong-un met in Singapore, leading to a resolution declaring new peaceful relations and the denuclearization of the Korean Peninsula. Ever since then, Kim Jong-un has consolidated his grip on power and has doubled down on his nuclear and missile programs, developing long-range missiles and threatening neighbouring countries. Even though a new summit is in the planning, the provocations of North Korea may destabilize the balance of power in the region even more, reinforce the US army presence in East-Asia and demonstrate Beijing’s  lack of influence regarding this matter. Besides, the long-simmering tensions between South Korea and Japan may hinder the efforts by the US to present a united front against North Korea.

Manuel López Obrador of Mexico and Jair Bolsonaro of Brazil are the two newest presidents of Latin America, both running campaigns on corruption, crime and poverty. These caudillos often portray themselves as strongmen, resembling the style of the old dictators that have tormented the continent for decades. The Venezuelan left-wing populist government of Maduro is stripping the country of its democratic institutions in a sharp slide towards authoritarianism, leading to large migration flows in the region. Besides, drug trafficking is increasing in countries that are dealing with internal political divisions. After a 2009 coup in Honduras, the country was run by a fragile government—lawlessness increased dramatically. Honduras now has one of the highest homicide rates in the world. Countries like the US are seeing a significant increase in the number of refugees arriving from countries like Honduras that are plagued by drug related violence.

4. Escalating violence in the MENA-region

All the actors in the MENA-region are connected through the many local conflicts, leading to a further escalation of the already instable situation. The civil war in Syria does not seem to reach a conclusion in its near future, partly due to the proxy support for militants by Russia and the US. Even though the US will pull out its own forces, they continue to seek influence in the region. The same happens with Iran, which continues to be a particular interest for the National Security Advisor John Bolton. Simultaneously, Iran and Saudi-Arabia, both plagued by internal division and economic challenges, will continue their proxy disputes in Yemen, Bahrein and many more countries. Besides, non-state (terrorist) actors still claim large territories in countries such as Iraq, Afghanistan and Syria, resorting themselves to suicide bombings and violent attacks. In the meantime, social networks have provided new tools for citizens to vent their political frustrations.  Conservative religious groups and ethnically-based organizations like those based on Kurdish identity are poised to be superior alternatives to weak governments in the region. A combination of all these factors increases the difficulty of conflict resolution.

5. Challenges to the legitimacy and efficiency of the EU

The core foundations of the EU have been challenged multiple times during the past few years, most notably with the Brexit-vote that (probably) will be come into force in march this year. Besides that, the rising popularity of far-right nationalist political parties in Western Europe and resistance by Eastern European countries has led many observers to question the long-term viability of a united Europe. In May this year, elections for the European parliament can consolidate the combined forces those national parties into one parliamentary faction. However, Emmanuel Macron led a stunning rebuke of the populist trend. This does not mean that further European cooperation and integration is becoming easier; rising demographic and economic tensions actually make it more difficult. Therefore, Europeans must repair the structural problems in EU institutions, most specifically regarding their economic and security measures.

6. Russia’s international standoff with NATO and the US

This year, NATO celebrates its 70th anniversary. However, since the creating in 1949, there have not been more turbulent times than this. Diplomatic spats, multiple proxy wars, the rise of non-state terrorist groups, as well as  strategic political and political tensions will last between Russia and the U.S. In Washington, U.S. President Donald Trump’s administration may have few choices for dealing with the sanctions from the U.S. Congress or the Mueller-probe that is looking into his relationship with the Kremlin. In Moscow, meanwhile, the Backdoor policy in Eastern Europe, more specifically Ukraine and Syria, is more important.. Sanctions enacted on Russia from the US and the European Union will probably stay in place until the end of the year. Depending upon what investigations tell the international community about Russia’s role in the 2016 U.S. Presidential election, Washington might even ramp up the political and financial pressure on Russia.