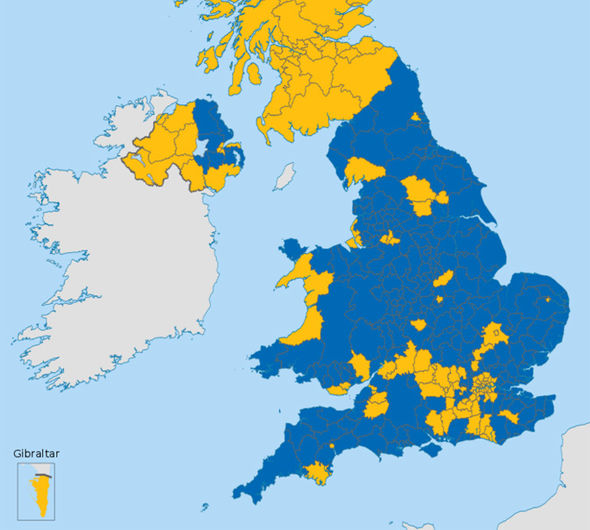 Posted at 17:51h in Reports and Photo's by Jason Institute

On the 9th of April, the activities committee of the JASON Institute for Peace and Security Studies and the study association for BA International Studies (BASIS) organized a special lecture on the background of the border conflict between the Republic of Ireland and Northern Ireland and how the Brexit could affect tensions in the area. The lecture was given by Dr. Joost Augusteijn. He is a professor at Leiden University and obtained his PhD on the history of the Irish Republican Army.

Dr. Augusteijn started off with some background information about the links between Ireland and   Great-Britain and how tensions arose. Beginning in the 16th century, Great-Britain tried to colonize Ireland. The plantations of Ireland included a number of attempts to strengthen their control over the area. This was done by sending British and Scottish people, whom were mainly protestants, to Ireland. They were established on the lands that had been taken from Catholics. This led to years of suppression of catholics by protestants.

Dr. Augusteijn went further to talk about the Irish Revolution 1913-1923, and the rise of the IRA and the UVF. As the IRA sought to end British rule in Northern Ireland and facilitate the reunification of Ireland, the UVF tried to maintain Northern Ireland’s status as part of the United Kingdom. The revolution resulted the Anglo-Irish treaty; a devision of North and South Ireland, whereas South Ireland becomes a sovereign state (the Republic of Ireland). Northern Ireland remains to be a part of the United Kingdom, which only shares its border with the Republic of Ireland.

This did not mean that the tensions in Ireland were over. A part of Northern Ireland still sought independence from the United Kingdom. The religious conflict, started when Britain tried to colonize Ireland, was still going on. The Catholics started a Civil Rights Movement (1960s) because they were discriminated for decades by protestants. The conflict developed, which resulted in a segregation between the two religions. After years of conflict, the Good Friday Agreement (1998) was signed between the United Kingdom, Ireland and several political parties in Northern Ireland. The agreement reached that Northern Ireland was part of the United Kingdom, and would remain so until a majority of the people, both of Northern Ireland and of the Republic of Ireland, wished otherwise. It is one of the most important agreements that made peace possible and it is an agreement that people still live upon.

Dr. Augusteijn continued to make a link between the border conflict and the Brexit. Emotions have often run high when negotiating a deal with the EU and one issue that has proven particularly sensitive is the so-called ‘backstop’ agreement. This agreement would guarantee that the border between Northern Ireland and the Republic of Ireland remains open when the UK leaves the EU. A Brexit has consequences for Ireland and people seriously fear about the outcome and what this means for Ireland. There is a fear for a return of the border, renewed violence, economic consequences and the political future of relations between East and West and  between North and South. Furthermore, a hard border means that there are no economic agreements. Most of Ireland wish to live up the Good Friday Agreement, but that is only possible if there is no hard border.

After Dr. Augusteijn his interesting lecture, the event proceeded with a discussion where students were spurred to ask questions.