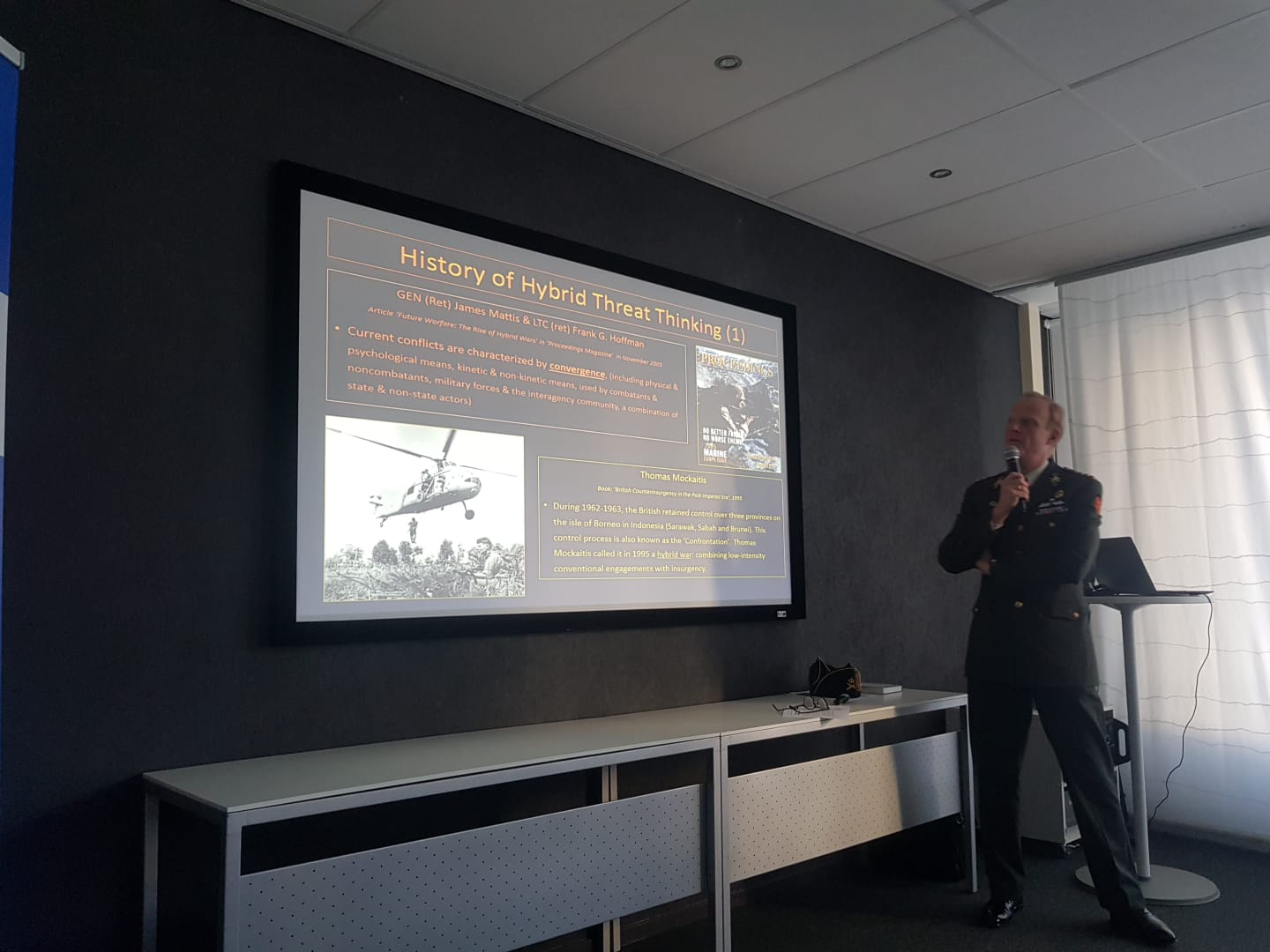 Posted at 10:46h in Reports and Photo's by admin

On the 30th of November 2018, the JASON institute for Peace & Security Studies organized a Crash Course on the subject matter of Hybrid Warfare. The location of the event was the congress centre 7AM in The Hague. The crash course was structured as a conference in order to inform students and young professionals on the emerging topic of hybrid warfare. We planned to start off with two keynote speeches to introduce the topic, after which four workshops would engage in a more in-depth view on specific elements of hybrid warfare. At 12 o’clock, we started off with coffee and the opportunity to get to know the other participants. We set the total capacity for the conference on 100 persons, who had to pay a small admission fee, and in the end nearly all listings showed up.

After the coffee moment, the JASON Institute External Relations Board Member Nick Ramakers welcomed all the participants and speakers. After this introductory speech, Colonel Han Bouwmeester (Associate Professor Military Strategy and Land Warfare at the Netherlands Defence Academy) presented his first keynote speech. Within this speech, Colonel Bouwmeester introduced the audience to the concept of hybrid warfare and the armies developments regarding the topic. Even though we originally scheduled two keynote speakers, of which one was unable to attend last-minute due to personal circumstances, this did not prove to be a problem. After the keynote speech all participants enjoyed lunch and afterwards the group was split into four smaller groups to participate in the four different workshops. The JASON Institute organized two rounds of workshops in order to enable participants to choose two workshops which they were able to attend. The topics of the workshops were Artificial Intelligence, the practice of the spread of disinformation, the case of Ukraine and the role of cyber capacities. This structure allowed the JASON Institute to firstly provide a general framework of the concept of hybrid warfare after which participants could individually choose on which element they wanted to narrow down. This proved to be the right choice according to the feedback we received from several participants. At 16:00h the second round of workshops concluded after which we provided the opportunity to discuss the day over drinks.