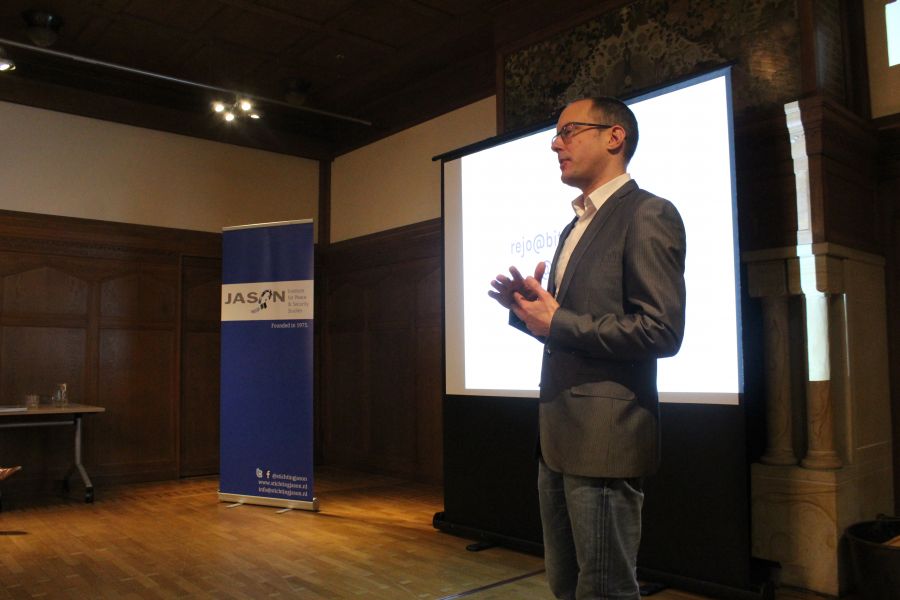 Posted at 10:59h in Reports and Photo's by admin

The lecture about privacy vs. security was a great success, 55 people attended the event in which we had two very interesting speakers.

First Mr. Molenaar told us about the role of NATO in cyber defence, what NATO is protecting and what NATO has achieved so far. The two main goals of the NATO’s cyber defence policy are:

He described how since the 2002 Prague Summit, cyber defence has gradually received more political attention and that at the Warsaw Summit in 2016 NATO Allies pledged to strengthen and enhance the cyber defences of national networks and infrastructures, as a matter of priority.

At Warsaw, Allies also reaffirmed NATO’s defensive mandate and recognised cyberspace as a domain of operations in which NATO must defend itself as effectively as it does in the air, on land and at sea.  Mr. Molenaar concluded that NATO continues to develop its cyber defences to counter the emerging threats in cyberspace in cooperation with partners, including the European Union, industry and academia.

Secondly, Mr. Zenger, from Bits of Freedom, told us from his perspective that we as a society need to update the process of installing security updates. The digital network is very vulnerable if all the updates are ignored. And when these vulnerabilities are abused, there may be very disruptive consequences. He proposed 12 updates for societies process of updating. You can listen to this part of the lecture on the podcast below!

After each lecture, there was room for questions from the attendants, who made great use of this opportunity. Lots of question were asked, and both speakers where very generous in taking their time answering them.