VISIT TO AIR BASE VOLKEL: INSIDE AN F16 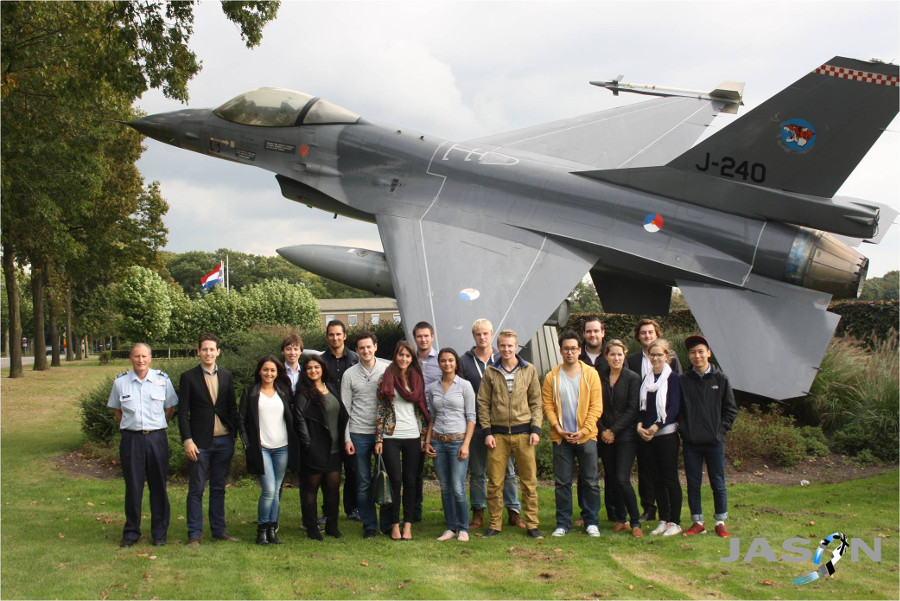 Posted at 13:07h in Reports and Photo's by admin

In the early morning of the 25th of September, a group of students gathered at the bus station of a small Dutch town for the start an exclusive trip to Air Base Volkel, home of the Netherlands Royal Air Force F16’s. Under normal circumstances one may already consider this visit to be exclusive, however since the Dutch government decided the day before the trip to join the mission to fight against Islamic State in Iraq (and Syria), this trip could not have been planned at a better moment.

First, the group was warmly welcomed at the Air Base Volkel Information Centre and listened to a well-given presentation about considerably the history of the Air Base, the jobs the people do at Volkel, the place of the Air Base in the Royal Dutch Air Force and about the F16’s. Also the mission against IS was mentioned: due to this decision of the government, the programme and regulations for this trip could be changed. The group would find out shortly.

After getting to know the necessary background of the Air Base, the group left for a F16 hangar. Here one could already notice that it was not an ordinary day ‘at the office’ although the specialists of the Air Force told that, when needed, the F16’s could be ready for battle in very little time. The group gathered around one F16 and got split in two smaller groups for a close inspection of the F16. Specialists gave information and inside-stories about the F16, the ejection of the pilot if necessary and their expectations of the F35’s – the new air planes that are planned to arrive in about five years. The group learned some facts on how the wings of the F16 are used, which bombs are attached when and that ‘flying is not the hardest part, but it is the landing that will kill you if you are not well-trained’. The group, during the inspection of the cockpit, also got to know how an ejection is set in motion, that it takes less than two seconds for a pilot to be out of the air plane and that the pilot – after ejection – is two centimetres shorter (!) than he was before.

After the enlightening visit to the hangar, the group went to have lunch together with Officers of the Royal Dutch Air Force. Among the Officers were technical specialists and a pilot to whom the participants could ask all their questions. It was during lunch when the group was informed that due to the planned mission against the Islamic State, no F16’s would takeoff that day and that a shelter start was not possible to see either. This gave the group more time to ask their questions to Officers of the Air Force. Instead of the shelter start and takeoff, the group got the opportunity to go inside the flight tower of Volkel Air Base, where it was given a presentation on the systems used to check the air space around Eindhoven. Before the end of the visit, the group was allowed to make photo’s at the older air plane types, set alongside the roads at Volkel.