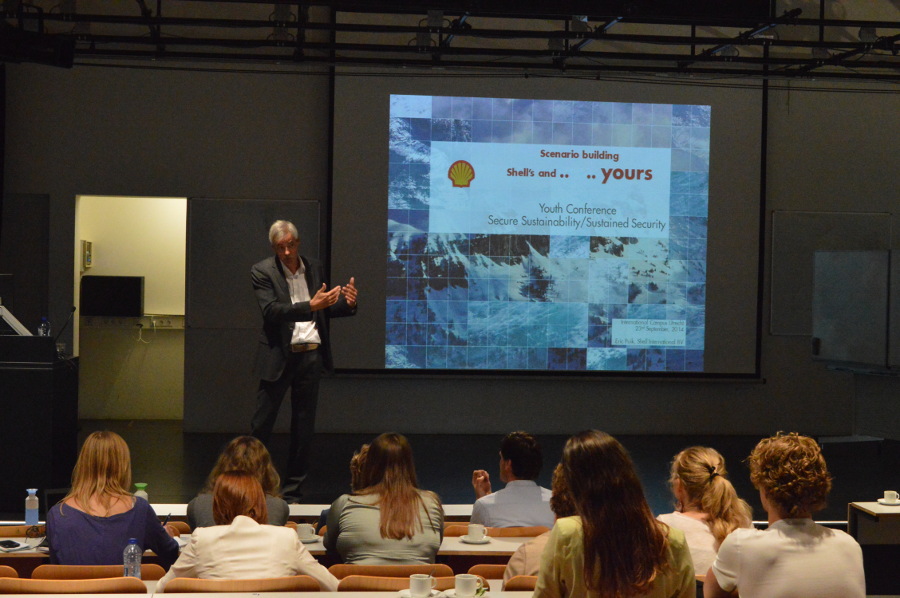 Posted at 13:08h in Reports and Photo's by admin

– A conference report by Natalia Kadenko –

On Tuesday the 23rd of September JASON Institute, together with partners, held a conference concerning security and sustainability. In a course of a very intense day the participants got to attend two of the five workshops, next to the quality introductory and closing lectures, as well as to subsequently enjoy some informal communication .

An introductory lecture by Herman Wijffels gave the tune for the day. It presented the conflict between linear way of production, which has ultimately resulted in a current sorry state of the world, and the circular economy, which, together with shared values and improved relations, would result in sustainable development and the better future for all. The way audience reacted immediately revealed the readiness for debate and intense informational exchange, shifting the schedule 20 minutes later than planned.

In a course of workshop “Gas and international relations with Russia”, given by Robert Harmsen, the participants got to discuss the issues of gas import and export, as well as the important question: what should NL do if Russia cuts off gas supply? Marcel Hendriks in his “Defense and diminishing availability of fossil fuels” workshop spoke of energy as “strategic vulnerability”. His workshop was dedicated to the possibilities of reducing energy expenditure for defense in NL, and the associated difficulties with the diverse aspects of this idea. Wladimir van Wilgenburg kindly agreed to give a workshop “Resource conflicts and minority stress in Iraq ” on a very short notice due to the illness of the previously announced speaker. Dr. Eric Puik of Shell gave two rounds of workshop “International geopolitical consequences of energy transition”, dedicated to the different aspects of tproblem. Sabina Voogd had a mutually productive dialog with the participants of “Climate change and security” workshop.

A finishing touch was provided by Klaas van Egmond. In a lively closing lecture, featuring references to Ajax, Cinderella, and Lord of the Rings, he summarized the cycle of human development and the challenges we are currently facing. The theme of global ethical values, which had been mentioned during the day both in context of security and green technologies, surfaced again.

The day was concluded by some well-deserved drinks.